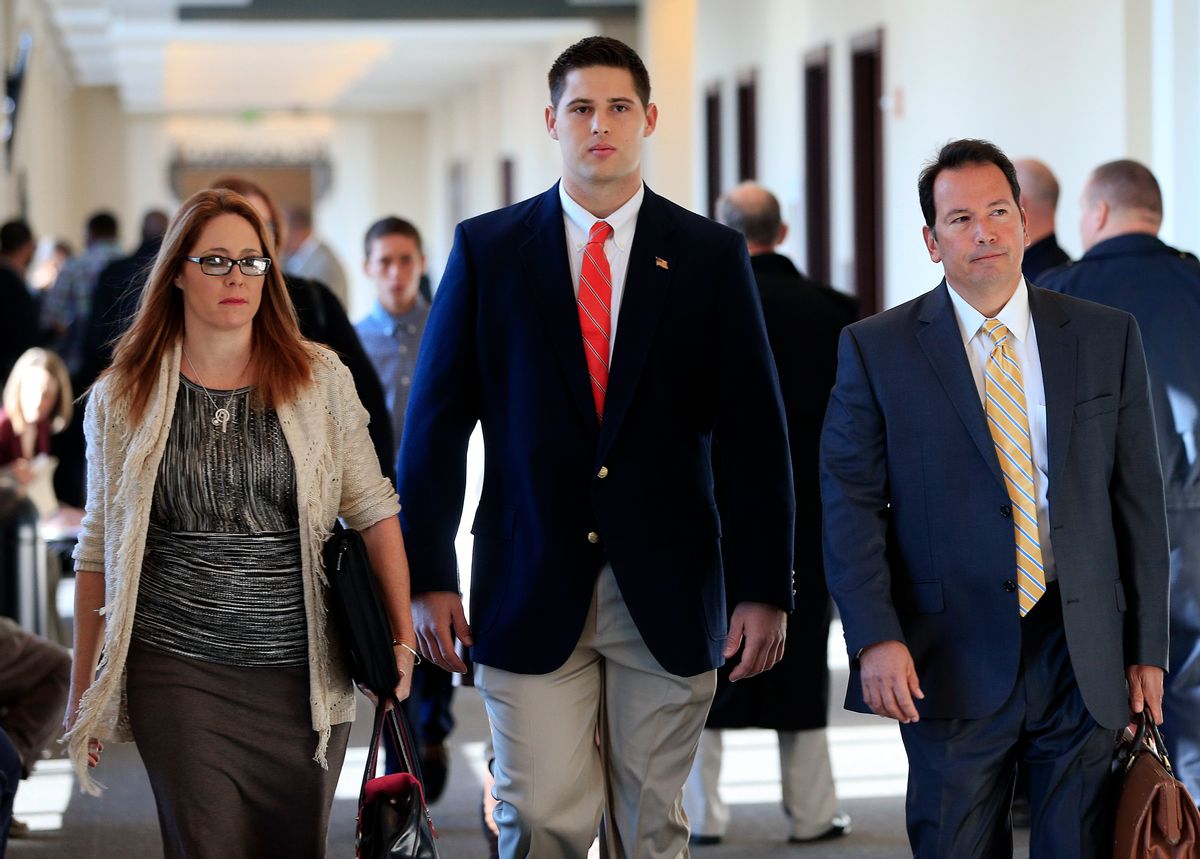 Two former Vanderbilt University football players convicted of brutally raping an unconscious woman have been released from jail after a Tennessee judge declared a mistrial. Cory Batey and Brandon Vandenberg were set to be sentenced earlier this month, in a hearing that later turned into an investigation of whether one of the jurors had withheld pertinent information about his own history of sexual abuse.

The release came a day after a judge declared a mistrial because the jury foreman failed to disclose that he was the victim of a sex crime.

Vandenburg and Batey had been convicted of multiple counts of rape. They were accused with two other players of assaulting an unconscious female student in a dorm room in June 2013.

Prosecutors say they will seek a new trial.

Batey and Vandenburg were each convicted on four counts of aggravated rape, one count of attempted aggravated rape and two counts of aggravated sexual battery against an unconscious woman. Vandenburg did not touch the woman the night of the rape, however he encouraged Batey as the latter man forced his penis, fingers and a water bottle inside the woman’s body; he then urinated on her. Two other men involved in the assault are still awaiting trial.