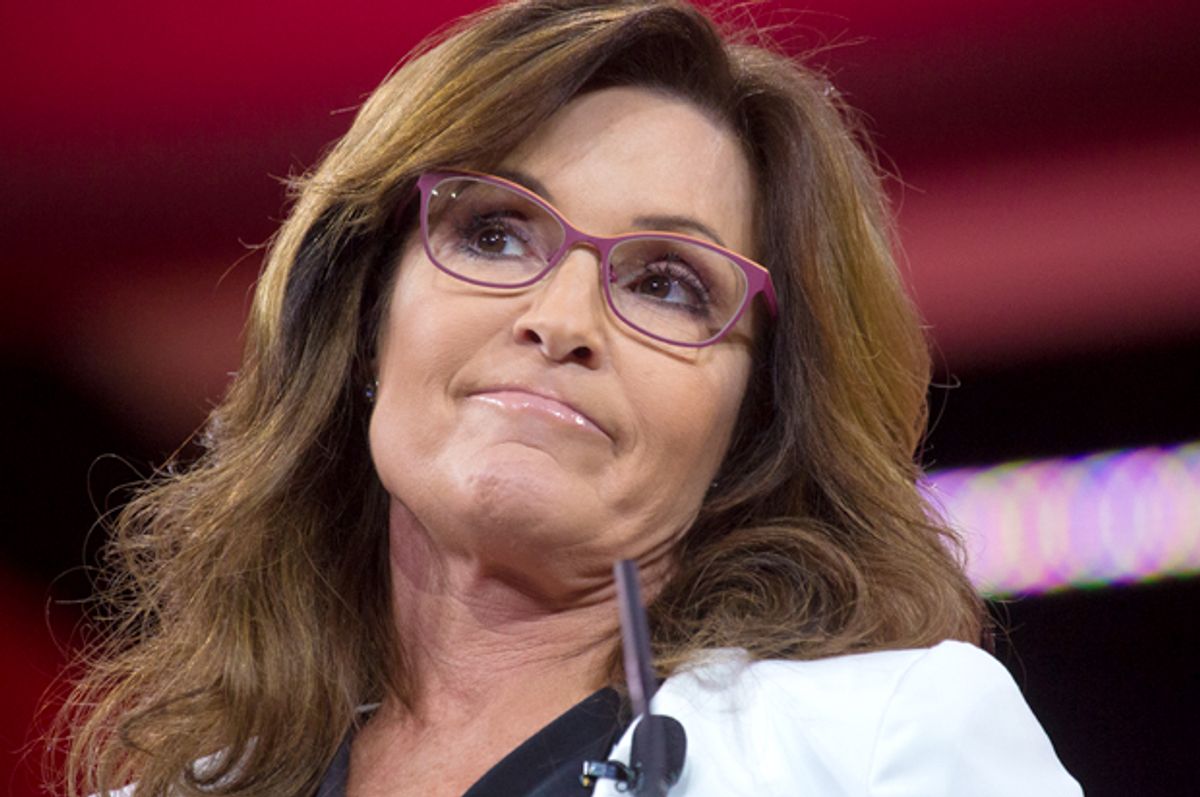 Bust out the tiny violin, Sarah Palin is finally out of a job at Fox News, Politico reported today.

The former mayor of Wasilla, half-term Alaska governor and 2008 Republican vice presidential nominee has been a Fox fixture for some time now, but Politico's Mike Allen reports that Fox opted at the beginning of the month not to renew her contract as a paid contributor. Palin also has her own show, "Amazing America with Sarah Palin," on the Sportsman Channel, and a political action committee, SarahPAC.

Although Allen reports that the Fox-Palin split occurred "amicably," the relationship between the Tea Party darling and the Roger Ailes-helmed network hasn't been the coziest.

Fox News personalities laughed off Palin's comical suggestions that she may consider running for president in 2016 earlier this year and the former Alaska governor lashed out, specifically calling out Fox News host Bill O'Reilly:

Even there, on FOX, a quasi or assumed conservative outlet, and we have all day listening to the tease of Bill O’Reilly. He’s talking about his show tonight or the guests he’s having on his show. And, that would be, “Oh these GOP contenders thinking about running for president, like Donald Trump, Sarah Palin…” and he lists some names off. And he says, “Oh what a reality show that would be.”

Hopefully the media, even the quasi right side of the media, won’t be looking at this as some kind of reality show. A joke. They have theirs so they’re taking care of they’re fine. No, people of America deserve the best and competition through a GOP primary, whether Bill O’Reilly considers that a reality show, or not.

Back in 2011, when Palin decided to announce that she was, in fact, not running for president in 2012, she turned to conservative talk radio host, Mark Levin, not Fox News. As Gabriel Sherman reported at the time, "Fox was relegated to getting a follow-up interview with Palin on Greta Van Susteren's 10 p.m. show, after the news of Palin's decision had been drowned out by Steve Jobs's death."

Palin eventually parted ways with Fox in 2013 as her star began to fade only to return later that year as a contributor.

Then last summer, Palin temporarily ditched Fox News to pen an op-ed calling for President Obama's impeachment at conservative competitor, Brietbart.com. Palin was still under contract with Fox News at the time.

This time however, the parting seems final, although Palin will reportedly still "make occasional guest appearances on Fox and Fox Business."

I guess you never can truly quit Fox.