Aside from the whole millions-keeping-healthcare thing, Scalia's outrage may be the most satisfying part of today 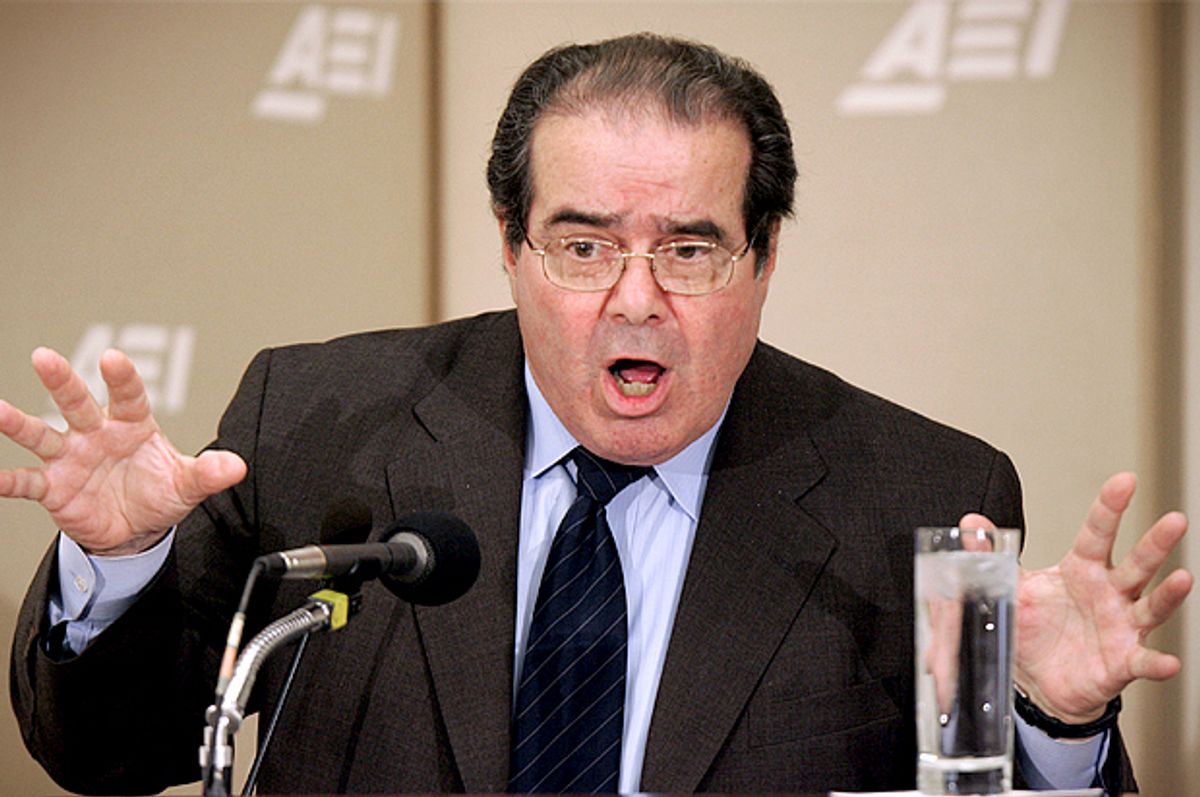 Conservative Justice Antonin Scalia is not happy with today’s Supreme Court decision to uphold a key portion of the Obamacare law -- the second such victory the Supreme Court has handed to President Obama on his landmark healthcare law.

Here are some of the most deliciously hyperbolic statements from Scalia’s dissent:

King v. Burwell was so obvious there shouldn’t have been “a need for the Supreme Court to hear a case about it”

Scalia showed little patience for legal arguments to examine the Congressional record of debate over Obamacare in light of the legislative ambiguity surrounding federal exchanges and subsidies:

"This case requires us to decide whether someone who buys insurance on an Exchange established by the Secretary gets tax credits. You would think the answer would be obvious -- so obvious there would hardly be a need for the Supreme Court to hear a case about it."

"We should start calling this law SCOTUScare."

Scalia took issue with the Court’s interpretation of the single sentence on which King v. Burwell hinged, arguing that “the Act that Congress passed makes tax credits available only on an ‘Exchange established by the State.’ This Court, however, concludes that this limitation would prevent the rest of the Act from working as well as hoped. So it rewrites the law to make tax credits available everywhere. We should start calling this law SCOTUScare.”

“Words no longer have meanings”

Scalia called it “curious that the Court is willing to subordinate the express words of the section that grants tax credits to the mere implications of other provisions with only tangential connections to tax credits.”

… as “not merely unnatural; it is unheard of”

… and as a "defense of the indefensible"

Perhaps the Patient Protection and Affordable Care Act will attain the enduring status of the Social Security Act or the Taft-Hartley Act; perhaps not. But this Court’s two decisions on the Act will surely be remembered through the years. The somersaults of statutory interpretation they have performed (“penalty” means tax, “further [Medicaid] payments to the State” means only incremental Medicaid payments to the State, “established by the State” means not established by the State) will be cited by litigants endlessly, to the confusion of honest jurisprudence.

Scalia concluded, “the Supreme Court of the United States favors some laws over others, and is prepared to do whatever it takes to uphold and assist its favorites. I dissent.” Past Supreme Court dissents have concluded with the polite, "I respectfully dissent."