They reprised their "Really!?" segment on "Late Night With Seth Meyers" 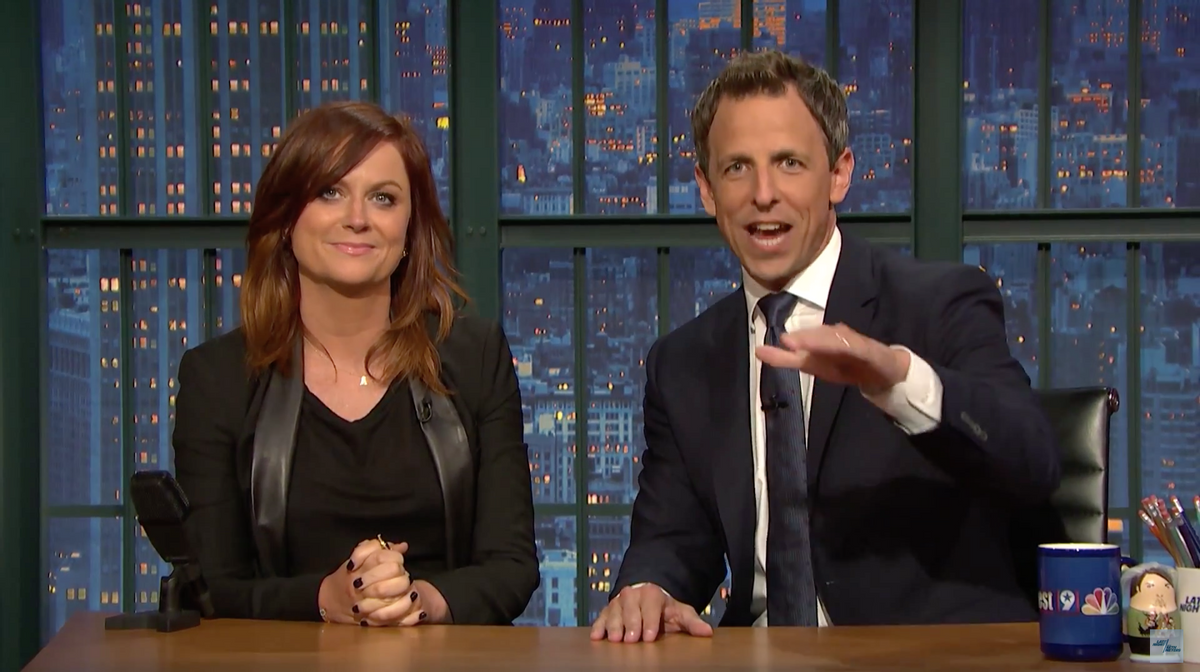 Last night on “Late Night,” Meyers and Amy Poehler got the old “Weekend Update” band back together for a reprise of their signature “Really!?!” segment. Their target was a Sports Illustrated contributor named Andy Benoit who tweeted that women’s sports were in "general not worth watching" and Meyers and Poehler tore the guy — who was clearly feeling pretty sheepish this morning — to shreds.

“Come on networks, you’ll play six hours of free Kentucky Derby footage, but you can’t broadcast women’s soccer?” yelled a galvanized, newly-coppper-haired Poehler. "You think people would rather watch someone talk about hats than watch some badass American bitches take down Columbia?!” Really, though.