The paternity leave gap: Why men are so reluctant to use it 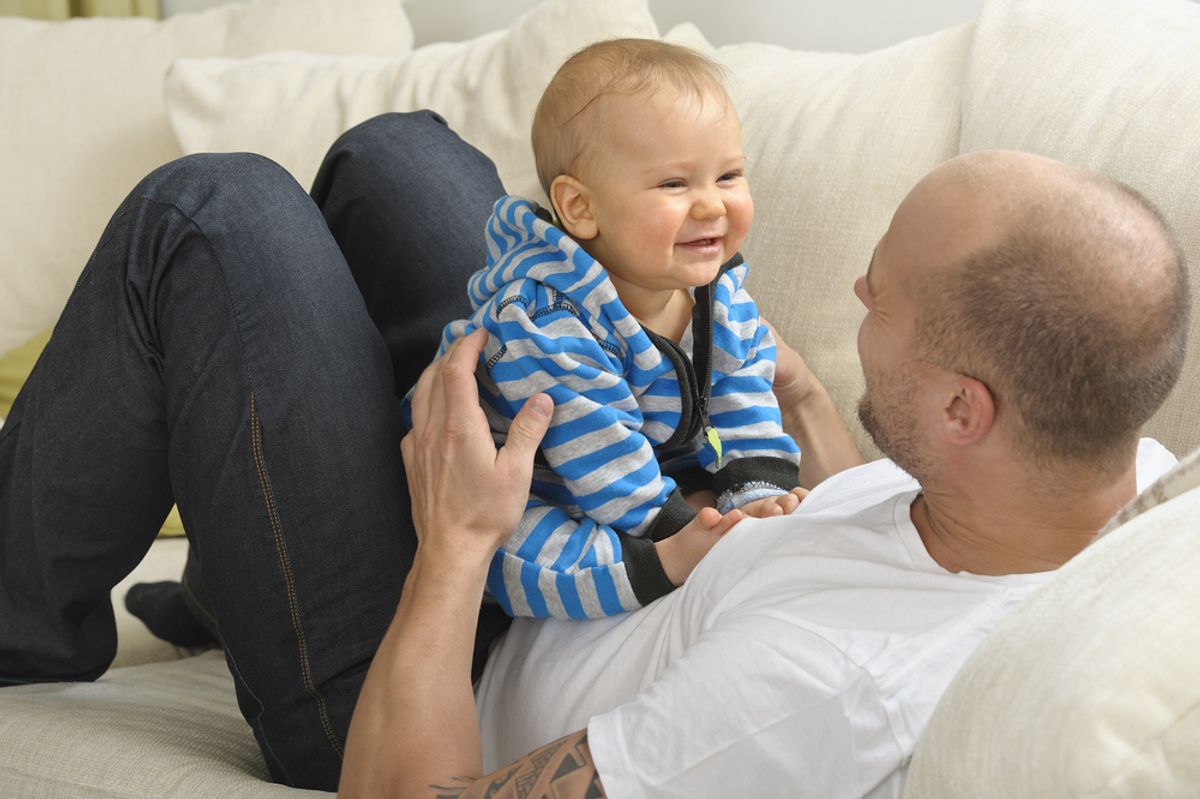 For parts of my childhood, my father worked from home, a freedom that enabled him to spend substantial amounts of time with me each day.

Every morning before school, I woke up to the sound of him clinking my mug of hot chocolate as he stirred it with a spoon downstairs. He always made my breakfast --- sliced strawberries on a dish, Cheerios with whole milk, and Nestle hot chocolate --- to ensure I'd start each day with a balanced meal. He often prepared my lunch, tucking an inspirational or funny note for me inside the bag. He drove me to and from campus, understanding my exhausted silence at 7:15 a.m., yet always eager to hear my rapid fire high school travails at the end of each day.

All the seemingly innocuous interactions and exchanges mean the world to me now, as he passed away a few months before I went off to college. I didn't have a dad to call this Father's Day, but I can be grateful for the quality time I spent with mine when he was still around. It cost him strong professional relationships, as he didn't go into the office enough to get to know his colleagues very well, but he preferred devoting as much time as possible to his family instead.

If given the choice, I'm sure most dads would choose to be as attentive as mine was, especially in the aftermath of their child's birth. It's tough, however, for some men to send the message to their boss that family comes first, especially in a difficult economy where many people feel lucky to have stable work. This prevents some dads from taking full advantage of paternity leave even when it is offered at their place of employment.

“There is still some stigma about men who say, ‘My kids are more important than my work,’” Scott Coltrane, a sociologist studying fatherhood, told The New York Times last year. “And basically that’s the message when men take it.”

Joseph, a corporate accountant in Kansas City, told Forbes that he was pressured to take less leave after the birth of his child due to work obligations.

"I could have taken the whole week off after my son, Lyle, was born, but they said they really needed me, and they did, because it was the end of the fiscal year,” he said. “I could tell they weren’t going to look kindly on my taking the whole week, so I didn’t.”

He also didn't want to be “on the top of the list for layoffs," at work, even though that seemed a little extreme to him in retrospect.

"But that was probably me overthinking it," he continued. "I should have taken the leave, and if we have another baby, I am not going to pass it up this time. It was foolish."

Ed, a marketing vice president at a clothing retailer, said he felt subtle judgment from his managers when he didn't think twice about going on vacation after taking his work's seven-day paternity leave.

“When I took my leave my bosses did not complain outright, but I definitely sensed an air of disappointment,” Ed told Forbes. ”One asked me outright if I still intended to use my already scheduled vacation days during the summer. I don’t think he was happy with the ‘yes’ response he received."

Of course, it doesn't help that America has the worst family leave policies of any developed country. Only 10 to 15 percent of employers provide paid paternity leave, and according to a Pew Research Center report, the U.S. ranks last in a compilation of 38 nations with family leave policies. Looking at parental and maternity leave data from Organization for Economic Cooperation and Development (OECD), Pew created this chart:

America guarantees you zero weeks of paid leave and 12 weeks of protected leave. Under the Family and Medical Leave Act of 1993, however, this solely applies to employees who have been at a company of 50 or more workers for a year minimum. This is considered the best case scenario for many workers, as they're promised a job upon returning from family leave, but they still don't get paid for the time they're out of commission.

The 50-employee requirement eliminates many smaller, newer organizations, so if you or your partner are expecting and you work at a scrappy startup or small business with few resources and a tiny staff, it is up to your employer to decide whether you get paid and/or protected leave. Even if you work at a company with more than 50 people, you might be out of luck if you are having a baby before you have worked somewhere for a year.

Jane Waldfogel, a professor of social work at Columbia University, told The Times that men who make themselves available to their kids early in life are more likely to be heavily involved throughout the child's life.

“Part of the rationale for paternity leave is if men are able to be very involved early on in the care of their children, they’re going to be more involved ever after, and it will translate to more equal sharing and equal roles,” she said.

Coltrane told NPR that men also don not take paternity leave because they are often the family's main source of income. Babies are also expensive. Last year, the U.S. Department of Agriculture estimated that it takes $245,000 to raise a middle class child born in 2013 to the age of 18. Like Waldfogel, Coltrane said a major positive aspect of paternity leave is that fathers who take it usually end up involved, hands-on dads throughout the child's life.

"Fathers who take leave end up doing more of the routine work later," Coltrane told NPR. "They do more of the transportation, more of the cooking, more of the child care, more of the doing homework with the kids. It's just kind of an early buy-in that helps men stay involved later."