These clowns will never give it up: Post-SCOTUS, GOP vows to get super serious about repealing Obamacare

With no idea what else to do, Republicans and conservatives get ready to fight each other on Obamacare repeal 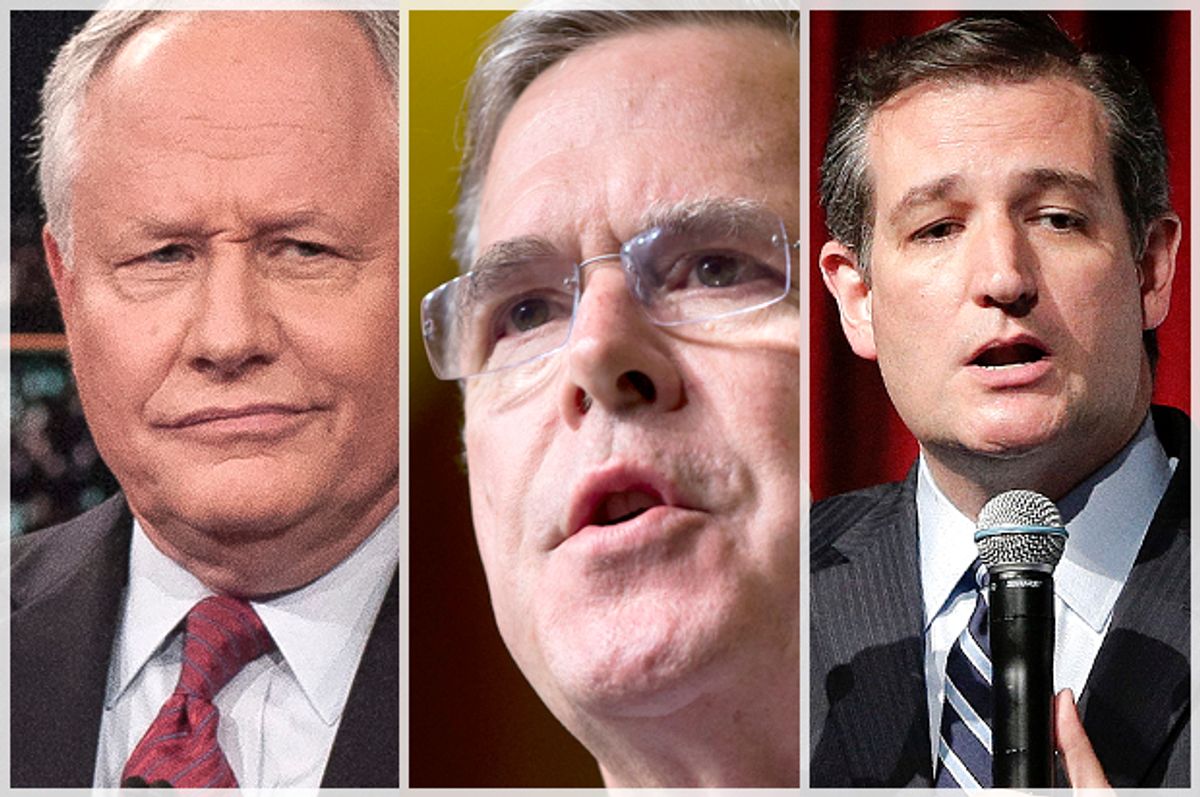 The practical effect of the Supreme Court’s ruling in King v. Burwell is that nothing will change. The Affordable Care Act will continue on undisturbed, and health insurance customers in all 50 states will get their subsidies to help purchase their health plans. The status quo has been affirmed and, in terms of health policy, everything remains as it was. Outside the policy realm, however, the ruling has had one noticeable salutary impact: it made Bill Kristol very sad.

Shortly after the decision came down, the Weekly Standard editor tweeted out his reaction, which seemed to convey a sense of betrayal and anguish.

After some time had passed and Kristol had some time to mull things over, he decided that this isn’t a setback at all. No sir! In fact, it’s an opportunity! In a sour-grapes laden blog post, Kristol argued that they didn’t need those judges anyway – now the Republicans are going to try really extra hard to repeal Obamacare, and when they do it, it’s going to be the best and greatest achievement in the history of everything:

The party of limited government and liberty has the most to gain from repeal. If Obamacare is repealed, the entire project of the left will be brought into question. A victory here will beget other victories. But a victory here would be something extraordinary in itself: the greatest domestic-policy win in the history of the conservative movement.

This passage is wonderful not just for its pathos, but for its tacit acknowledgement that Republicans and conservatives don’t really have much going on health policy-wise except for “repeal Obamacare.” He’s right that Republicans are probably going to roll up their sleeves and recommit themselves publicly to expunging the law, mainly because that’s the only option available to them right now. King v. Burwell did nothing to change Obamacare, nor did it change the fact that the GOP is still stuck in first gear when it comes to the “replace” part of “repeal and replace.”

House Speaker John Boehner promised in January that the GOP would reveal its Obamacare replacement plan this year. “There will be an alternative,” he said, “and you will get to see it.” But here we are, nearly halfway through 2015, and there’s still no bill in sight. The threat posed by King v. Burwell to state-level insurance markets sparked a flurry of activity among Republicans as they proposed “off ramps” and “transitions” from the ACA, but those plans either remained in the vague conceptual stage or steered clear of sketching out a post-Obamacare legislative framework.

So what happens now? Conservatives in Congress are renewing their efforts to force through another repeal measure using budget reconciliation, the same procedural move the Democrats used to pass the ACA in the first place. Doing so would enable Senate Republicans to pass the bill without having to worry about a Democratic filibuster, and the legislation will make it to Obama’s desk, where he’ll veto it into oblivion. Prior to the King ruling, Republican leaders were torn over whether they should use their one shot at budget reconciliation to repeal Obamacare or to pass a “transition” plan to deal with the lost subsidies. Now that the subsidies are safe, conservatives are pushing the leadership to act on repeal, but the leadership is still refusing to commit one way or the other.

On the 2016 side of the things, the reactions to the King ruling from the Republican candidates were unanimous: the ruling is bad and Obamacare is bad and should be repealed. Some, like Ted Cruz, focused exclusively on repeal – he released a lengthy, blistering statement attacking the Supreme Court and the “Washington Cartel,” and he challenged any candidate who isn’t ready to live, breathe, eat, and excrete “Obamacare repeal” to quit the race immediately.

Jeb Bush went a different route: his response to King v. Burwell was a bland, mush-mouthed video in which he talked in circles about ending mandates and “empowering” customers.

“Fixing this is a huge, huge challenge,” Jeb concludes, “and we have a duty to begin to solve these problems.” Yeah, you better get cracking on that! It’s only been five years.

The contrast between Cruz’s pointy words and Jeb’s lukewarm blather gets to the friction that repeal-mania causes within the GOP. Relative moderates like Jeb aren’t going to make Obamacare repeal the central focus of their political existence. For many conservatives, though, the proof of one’s worth is in the willingness to do whatever it takes to end Obamacare. This infighting means that the Republicans who’d rather talk about what the GOP’s healthcare policy should be going forward are handcuffed – there’s no consensus on anything other than “Obamacare is bad” and “choice and freedom are good,” and if you’re seen as insufficiently committed to repeal, then you’re branded as a sellout. In the post-King environment, this dynamic is only going to get worse: their desire to be rid of the ACA has been sharpened, but the options available to them are fewer, and they still have no idea what to do next.