Trump explained his divorces, saying "business was just so powerful to me -- I don't know if that's a good thing" 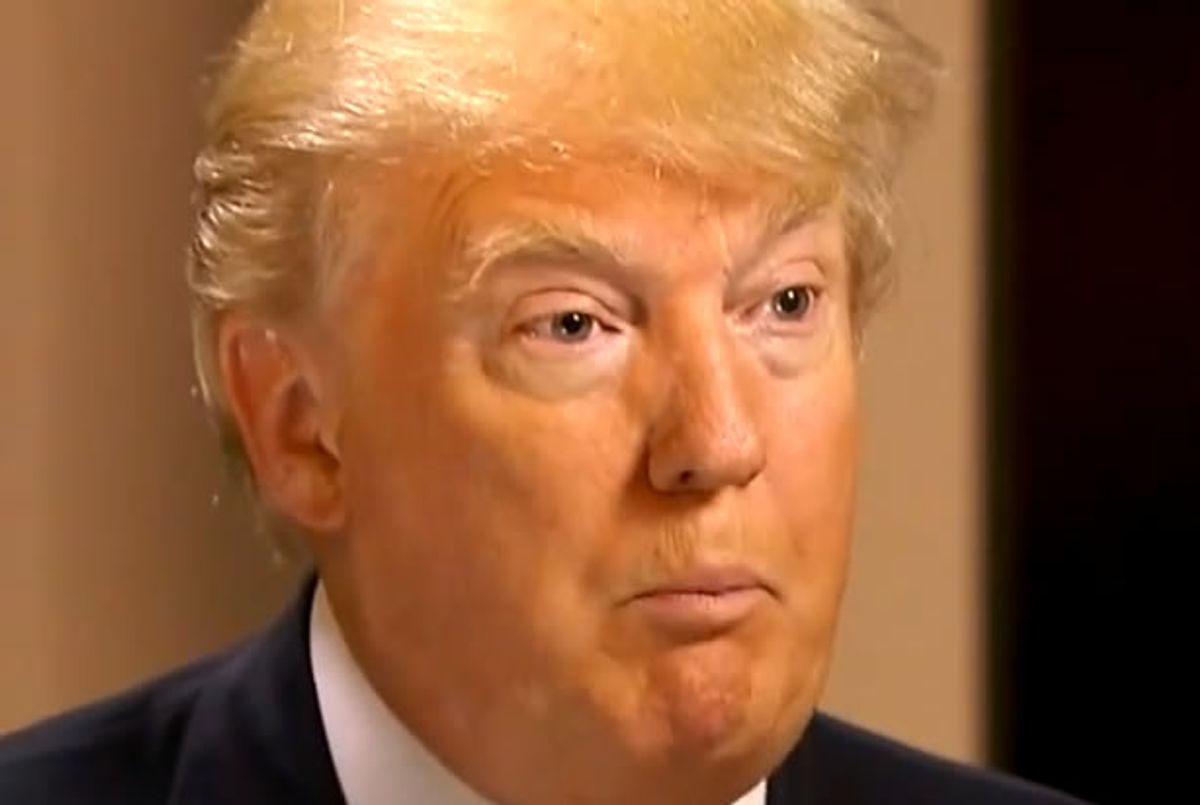 On CNN's "State of the Nation" Sunday, Republican presidential candidate Donald Trump told Jake Tapper that there's nothing inconsistent about his support for "traditional marriage," despite the fact that he's now had three of them.

Tapper noted that "a few years ago, you were 'evolving'" on the subject of same-sex marriage, but the real estate mogul shut him down. "I'm for traditional marriage," he said, although "it is changing rapidly."

"They have a very good point," Trump said. "But I've been a very hard-working person, and I have a great marriage and a great wife now. My [first] two wives were very good, but I was working -- maybe like you -- 22 hours a day."

"I'm not asking you to explain your divorces," Tapper said.

"I know -- I blame myself," Trump responded. "My business was just so powerful to me, and I don't know if that's a good thing or a bad thing."

"But what would you say to a lesbian or a gay man who's married?" Tapper asked.