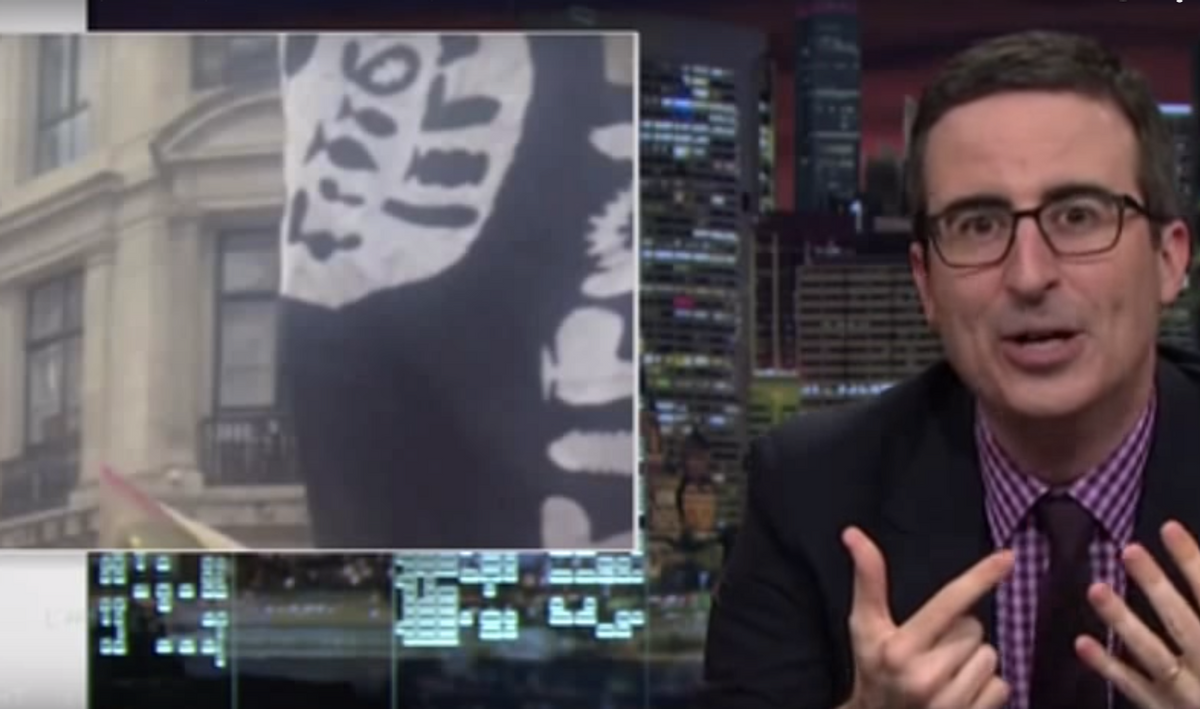 CNN's royal "f-up" this weekend is sure to go down in history -- some type of special history -- right alongside SCOTUS' historic same-sex ruling.

“I seem to be the only person that’s spotted this, and nobody seems to be raising any questions or pointing it!" she was heard saying in the seven-minute segment which featured a prominent banner reading "ISIS FLAG SPOTTED AT GAY PRIDE PARADE."

CNN quickly washed their hands clean of the egregious error and took down the video from the Internet. But thankfully, because people like "Last Week Tonight's" John Oliver exist, it lives on forever.

The host took a minute of his program Sunday to revisit the weekend highlight, leading into the segment: “The award for greatest moment in global Pride celebrations actually had nothing to do with gay marriage, and everything to do with the idiocy of CNN."

Oliver, who jumped on the story a full 24 hours later, was shocked to learn that CNN hadn't issued any sort of apology or retraction for the blunder.

Watch the clip of the original segment, followed by Oliver's takedown below: