Amy Schumer keeps calm in the face of backlash: Why freaking out about "PC culture" never helps 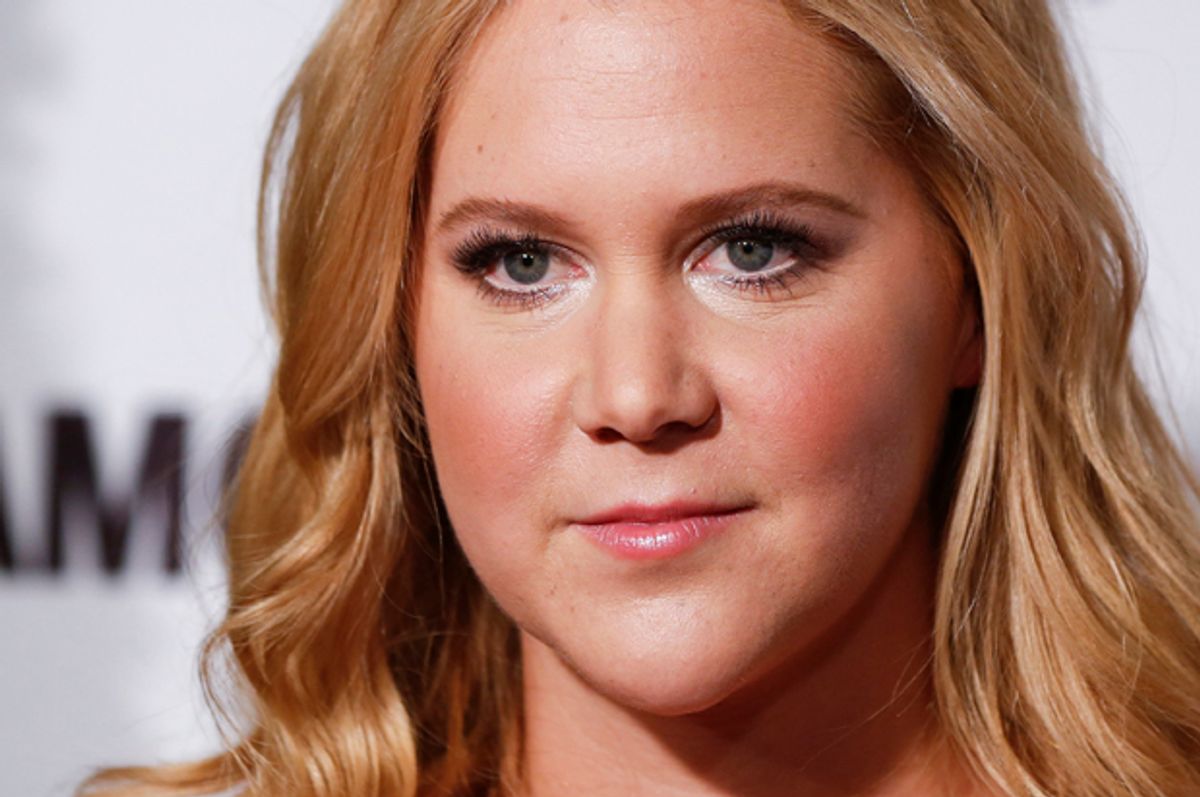 Over that last few years, we seem to have collectively decided that the comedian has become crusading columnist, wise reverend, wild shaman, fearless truth-teller, and courageous public intellectual. Chris Rock has become perhaps the most lucid commentator on racial issues, Jon Stewart and John Oliver tackle political subjects few politicians will touch, Tina Fey skewers gender roles in fresh ways. The president flies across country to speak – more openly and honestly than he does on network news shows -- with Marc Maron.

The honeymoon period around comedians becoming the most cutting and intelligent commentators, though, didn’t last long: We soon started talking about how racist and sexist and otherwise bigoted they were, and the accused comedians started lashing back at supposed political correctness. Comedians are about making us laugh, and – at their best – making us think. The latest war has done neither.

Until now, that is. And I'm not really surprised that the way forward out of the existing morass has come from Amy Schumer, who despite the goofiness of some of the characters she plays, may be the sharpest and canniest of the bunch.

So let’s back up. The latest around the celebrated star of “Trainwreck” is a recent story in the Guardian. Much of it praised Schumer, but the subhead read: “From photobombing weddings to attacking sexism, everything she touches turns to gold – but not all her comedy is as surefooted as her celebrated sketches.”

The key lines in the piece:

For such a keen observer of social norms and an effective satirist of the ways gender is complicated by them, Schumer has a shockingly large blind spot around race. Her lacklustre stint hosting the MTV Movie awards (a rare misstep) featured lazy jokes about Latina women being “crazy” that left Jennifer Lopez as unimpressed as the online commentariat. While a much-lauded sketch from the show featured an ad for a training centre where old people learn not to be racist, Schumer’s stand-up repeatedly delves into racial territory tactlessly and with no apparent larger point. Her standup special features jokes like “Nothing works 100% of the time, except Mexicans” and much of her character’s dumb slut persona is predicated on the fact that the men she sleeps with are people of colour. “I used to date Latino guys,” she says in an older stand-up routine. “Now I prefer consensual.”

It didn't take long before before Schumer fought back on Twitter:

I go in and out of playing the irreverent idiot. That includes making dumb jokes involving race. I enjoy playing the girl who time to time says the dumbest thing possible, and playing with race is a thing we are not supposed to do, which is what makes it so fun for comics.

She went on to say:

Trust me. I am not racist. I am a devout feminist and lover of all people. My fight is for all people to be treated equally. So move on to the next person who is more deserving of your scrutiny and not the girl in your corner.

Here’s why Schumer’s argument is useful in a way that Seinfeld’s line about “a creepy PC thing out there that really bothers me,” for instance, is not.

There is a mismatch to assessing a comedian (or a novelist, or a filmmaker, or any kind of artist or storyteller) in purely political terms -- the kind you'd use, say, to assess a presidential candidate. Part of what a fiction writer or comedian or playwright does is sketch characters, and characters have all kinds of point of view.

Comedians are also likely to stand in front of audiences and improvise, and since their goal is to get a laugh or some kind of response, they find themselves saying things meant to shock and provoke and not always their deepest and most considered thoughts. Sometimes, they are just trying things out.

More broadly, culture is different. That’s not an excuse for bigoted invective, but a litmus test that takes every statement at face value, deaf to its tone, doesn’t tell us much. And Schumer has been able to articulate this stuff better than any other comedian so far.

It’s worth making one slight note here, though. Laughter is good, mostly. But not everything that makes us laugh is. For decades, you could go to a comedy club in most of America and be flooded with cruel stereotypes and homophobic garbage. And a racist joke, or a sketch making fun of someone for being gay, can be funny to a lot of people. But it’s still corrosive and deserves to be called out.

It’s not that Seinfield, Patton Oswalt, John Cleese, or the others who’ve objected to what they call a new wave of political correctness are racists or reactionaries: Mostly, they’re simply frustrated, and those of us who work in the press or media should understand that limits on expression threaten all of us.

But their responses have not been especially helpful. Schumer, for her part has helped clarify things, and almost made this whole messy back-and-forth worthwhile.