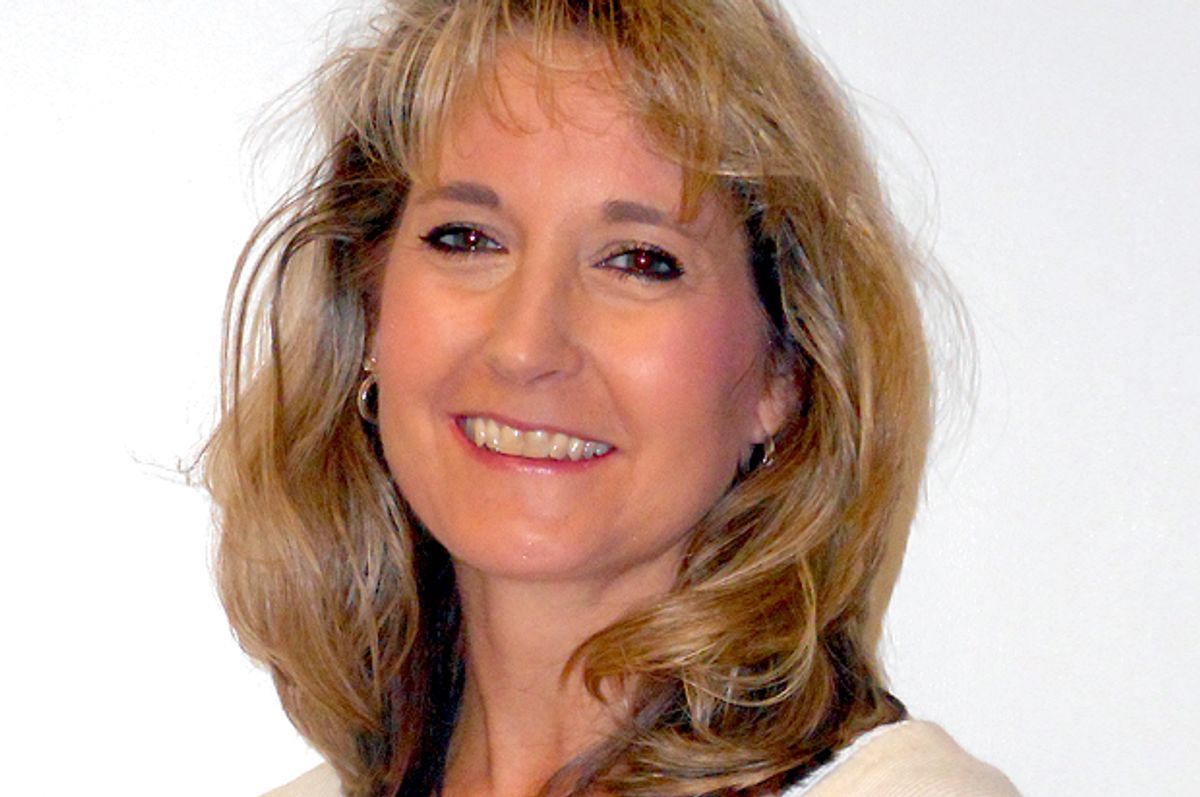 Long before the Supreme Court ruled in favor of marriage equality across the nation on Friday, opponents of the move had been sharpening their religious objection arguments. So it shouldn't come as a surprise that Katie Lang, the county clerk of Hood County, Texas has already put her foot down about what weddings she will and won't do.

In a statement on the County Clerk's page, Lang says that "I will be not be issuing same sex marriage license's [sic] due to my religious convictions." And she's got backup. On Sunday, Texas Attorney General Ken Paxton irritably issued the announcement that "Friday, the United States Supreme Court again ignored the text and spirit of the Constitution to manufacture a right that simply does not exist…. Importantly, the reach of the Court’s opinion stops at the door of the First Amendment and our laws protecting religious liberty. Even the flawed majority opinion in Obergefell v. Hodges acknowledged there are religious liberty protections of which individuals may be able to avail themselves. Our religious liberties find protection in state and federal constitutions and statutes. While they are indisputably our first freedom, we should not let them be our last. County clerks and their employees retain religious freedoms that may allow accommodation of their religious objections to issuing same-sex marriage licenses."

Paxton added, "Any clerk who wishes to defend their religious objections and who chooses not to issue licenses may well face litigation and/or a fine. But, numerous lawyers stand ready to assist clerks defending their religious beliefs, in many cases on a pro-bono basis, and I will do everything I can from this office to be a public voice for those standing in defense of their rights."

Liberty Institute attorney Kelly Shackelford has already expressed support for Lang, telling WFAA that "If somebody has a religious objection to performing a duty and somebody else can perform that duty, and everything gets done, that's what the law requires." The Star-Telegram reports that Lang says, "It’s my religious liberty, my belief in traditional marriage. Nobody has tried to get one, nobody has called about them … other than reporters." And speaking to WFAA, Lang says, "Morally this is wrong. The truth is that it is in the Bible that marriage is between one man and one woman" but advises, "You can go other places. It's not that we're restricting anybody from getting a marriage license."

It may yet be some time before Hood County, with an estimated population of 53,921 — nearly half of whom are under 18 or over 65 — gets a same-sex couple looking to get hitched. And if uniting two adult humans in love is not Ms. Lang's thing, she should not be forced to do it. She just should get a different job.

I hold the unpopular-in-my-liberal-circle view that forcing bakers, florists and, of course, pizzerias to accept work requests they don't want to do does little to further the cause of equality, puts clients' dollars in the hands of businesses that don't respect them, and ultimately could lead to some slippery slope challenges for other independent contractors who want the freedom to say no to certain jobs. Earlier this year, a Colorado bakery found itself under investigation for "religious discrimination" after refusing to fill an order for Bible shaped cakes festooned with messages like "God hates gays." A court later sanely ruled the bakery had not discriminated — but a Florida bakery found itself under a similar challenge for saying no to baking a cake that read "We do not support gay marriage." And this past winter, when Salt Lake City cop Eric Moutsos wound up out of a job after he asked to be moved from "performing choreographed maneuvers on motorcycles" at a local pride event to pedestrian and crowd control, I argued that nobody should be made to participate in a parade for something he doesn't support.

Tolerance means accepting that other people can disagree with our views. It means allowing them to opt out of events and work for hire gigs that conflict with their beliefs. Just because you have a Constitutional right to own a gun doesn't mean I as a freelance caterer should have to bake you a "THE NRA IS AWESOME" cake. But this is different.

As attorney Joe Dunman, co-counsel for the Kentucky plaintiffs in the state's marriage equality cases, noted on Twitter on Tuesday, "It must be made clear: public servants, acting in their official capacity, simply do not have religious beliefs. They are secular servants…. If you, acting as an agent of the state, may invoke your religious whims, those whims become the whims of the state. We are not a theocracy. If your religious beliefs make it impossible for you to enforce and uphold the constitutional rights you swore to defend, you must resign." (Kentucky is dealing with its own rogue county clerks, too.)

And in a statement, Denton County Clerk Juli Luke said this week, "Personally, same-sex marriage is in contradiction to my faith and belief that marriage is between one man and one woman. However, first and foremost, I took an oath on my family Bible to uphold the law, and as an elected public official, my personal belief cannot prevent me from issuing the licenses as required." Parker County Clerk Jeane Brunson echoed the remarks, noting that the county is working on creating gender neutral marriage applications and saying, "As an elected official, I have taken an oath to execute the duties of the office, and that I will preserve, protect, and defend the Constitution and the laws of the United States and of the State of Texas without subjecting those actions to my own personal values. I believe you want nothing more from your elected County Clerk."

Nothing more — and certainly nothing less. If your job is to serve your community — every member of it — then that's what you do. You can't as a firefighter decide you're not going to put out a blaze in an atheist's home. You can't as a postal worker decide you're not going to deliver mail to a transgender person's apartment. And you should not be permitted, as a county clerk, to decide your private feelings overrule your official duties. Your obligations are spelled out in your job description. They include issuing marriage licenses. If that's a problem, then I guess it's time to look for another job, huh?