Geraldo Rivera on Kendrick Lamar: "Hip-hop does more damage to African-Americans than racism" 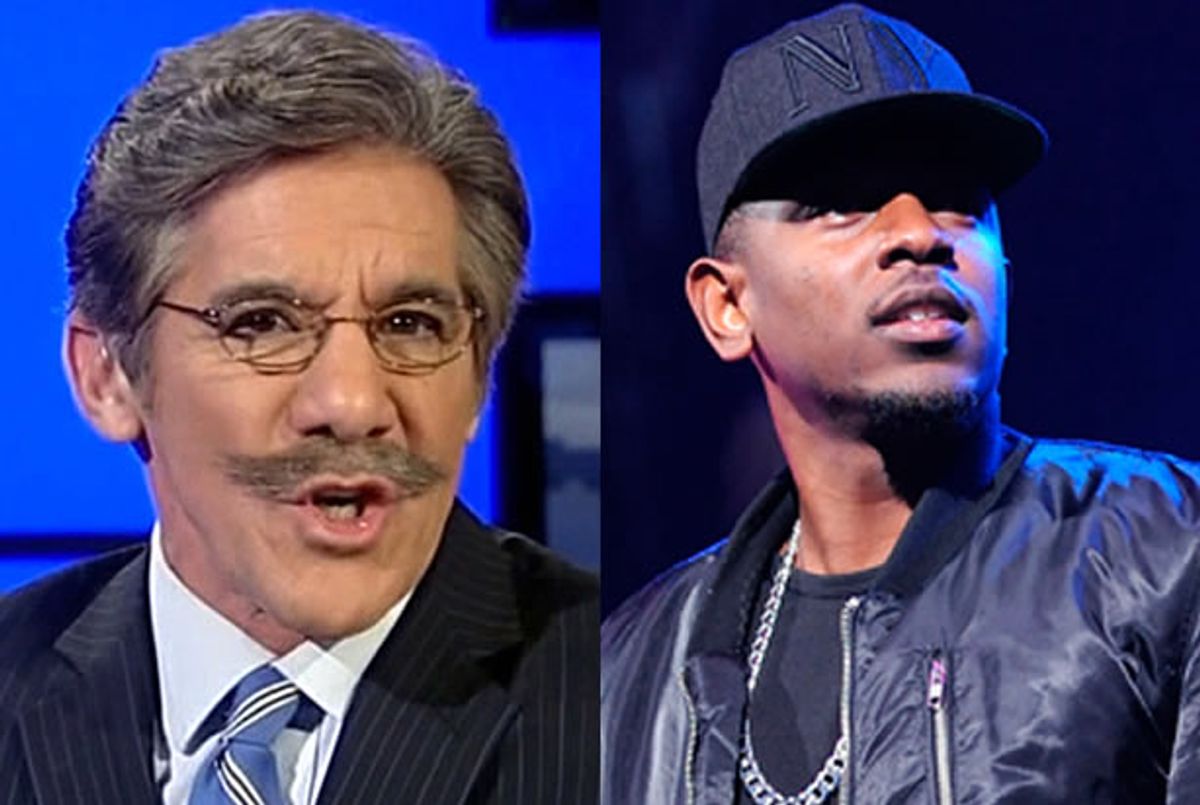 On Fox News' "The Five" Monday night, Geraldo Rivera criticized Kendrick Lamar's performance at the BET awards -- in which he rapped about police brutality in "Alright" -- saying that his lyrics are "not helpful, to say the least."

"This is why I say that hip-hop has done more damage to young African-Americans than racism in recent years," he added. "This is exactly the wrong message."

The "message" in question was Lamar's line that "We hate the po-po/Wanna kill us dead in the street fo sho." According to Geraldo -- who previously stated that Trayvon Martin's hoodie was as responsible for his death as George Zimmerman -- lyrics like those "conflate what happened in this church in South Carolina with these tragic incidents involving excessive use of force by cops is to equate this racist killer with these cops."

"It is so wrong," he said, "so counterproductive -- it gives exactly the wrong message. It doesn't recognize that a city like Baltimore, which is just 7 percent the size of New York, has just as many murders as New York."

Dana Perino offered that the problem with the performance -- in particular, the fact that Lamar delivered the lines from "Alright" while striding atop a burned out and defaced police car in front of a giant American flag -- is that it "isn't like someone on cable news who just happened to say something they regretted and that they had to go and apologize for. This was planned."

Watch the entire segment below via Media Matters for America.