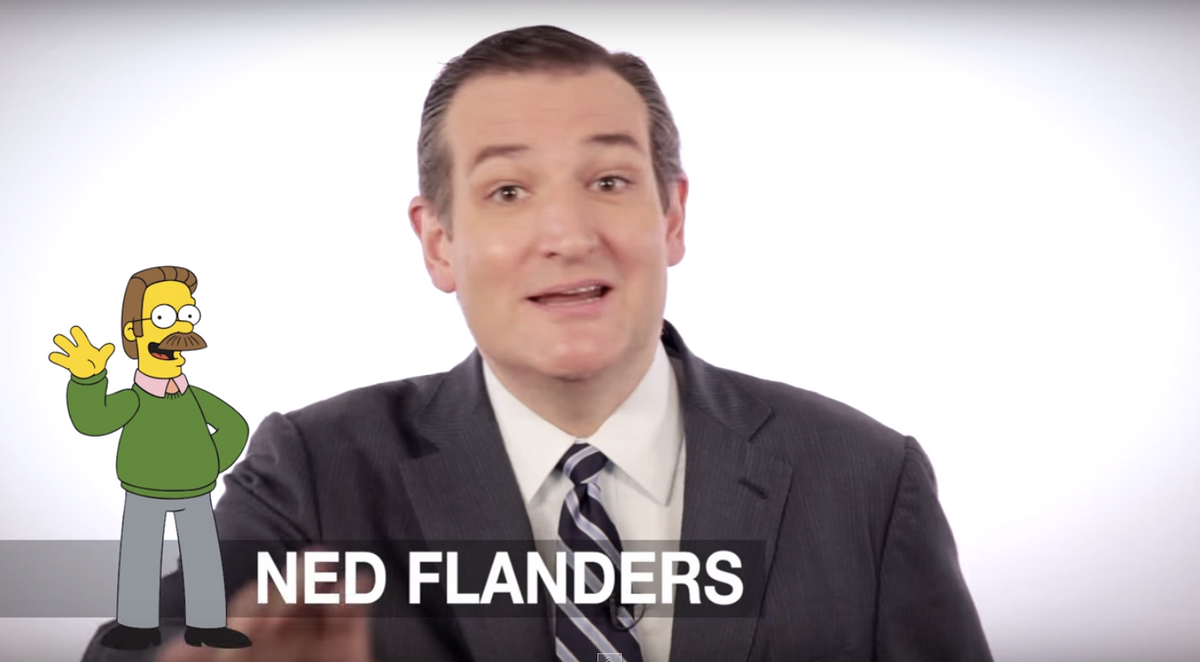 Two months ago, in an interview with The Federalist Radio Hour, 2016 presidential hopeful Ted Cruz explained that he was a huge fan of "The Simpsons." Going on to say that his two favorite episodes, if he had to pick one, were "Round Springfield" and  "Treehouse of Horror VII." Then, when asked to recite a line from the latter of the two episodes, he didn't quite manage to land on his feet. Fans were not especially forgiving of his blunder.

The Simpson's showrunner Al Jean was not amused, either. He was quoted by The Daily Beast later saying, “To paraphrase Kang, ‘Ted Cruz?’ Go ahead, throw your vote away."

Enter BuzzFeed, Cruz's saving grace here, who offered the self-proclaimed Simpsons nut a chance to redeem himself with a series of micro-impressions of the main characters. Arguably, Cruz's shining moment comes during his "Ned Flanders."

It's yet to be seen whether BuzzFeed will extend the same opportunity to other Simpsons fans among the lot of 2016 hopefuls. We'll take a hard pass, if yes.

Watch the clip courtesy of BuzzFeed below: