Directed by Danny Boyle, the movie stars Michael Fassbender as the Apple visionary 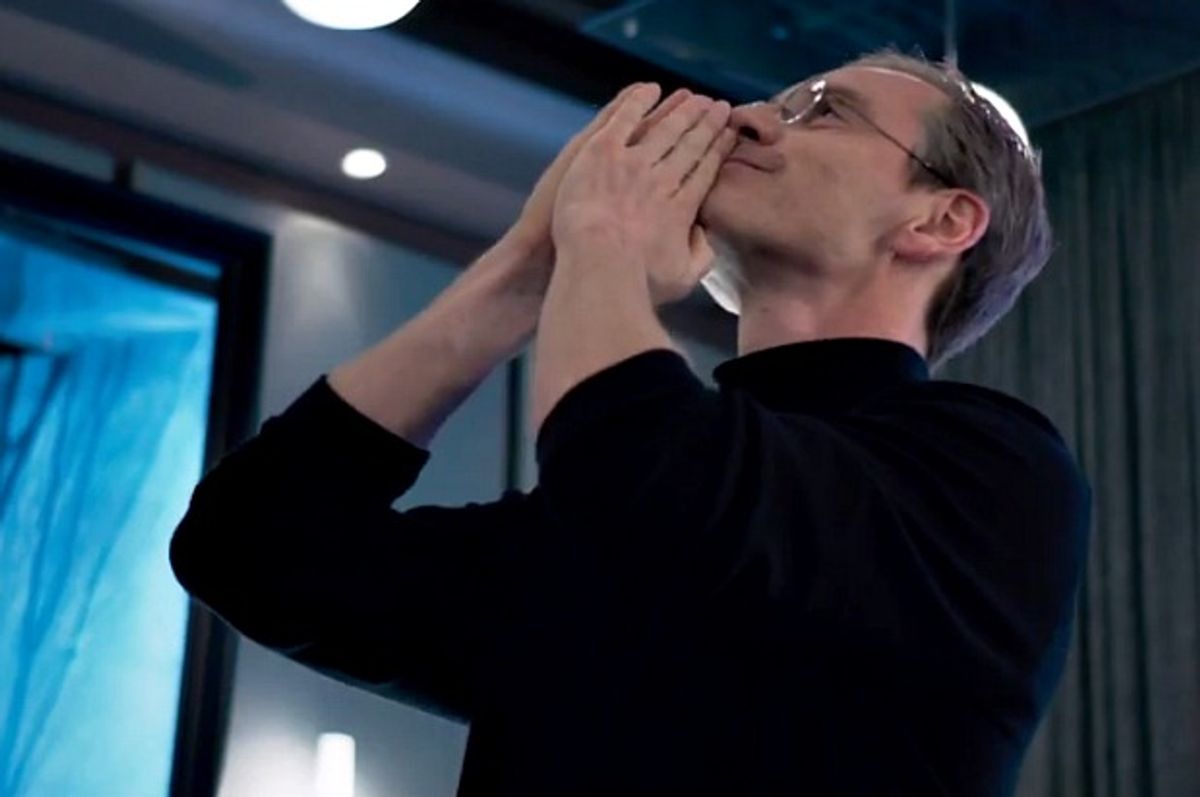 Finally, we get a look at Aaron Sorkin's adaptation of Walter Isaacson's Apple founder biography, and it's everything a Sorkin vision of Steve Jobs as tortured iconoclast who inspired both adoration and fear as interpreted by director Danny Boyle could be — lots of shouty, snappy dialog combined with fairly thrilling visuals for a film about a guy who made computers. Seth Rogen plays a disheveled Steve Wozniak to Michael Fassbender's Jobs, who at one point shuts down Wozniak's skepticism about his so-called genius with a classic rejoinder: "Musicians play their instruments. I play the orchestra."