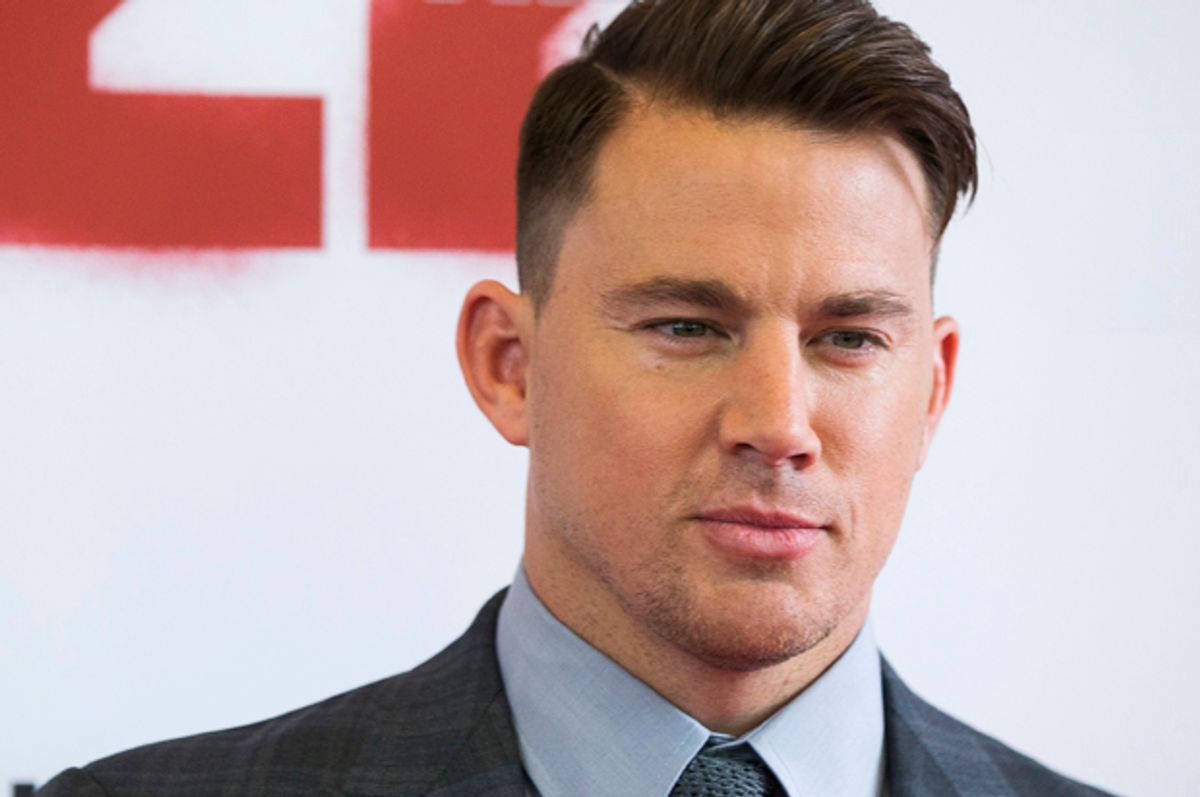 Channing Tatum is on the cover of this month’s Vanity Fair, talking about “Magic Mike XXL” and his astonishing career trajectory, which began just like his "Magic Mike" character, as a stripper in a Tampa nightclub, and has him now positioned, in the words of writer Rich Cohen, "to be the first honest-to-God movie star of his generation."

But as Tatum has increasingly built up his credentials as a serious actor, from a star turn in Bennett Miller's "Foxcatcher" last year to his lead role in the forthcoming Coen Brother's film "Hail Caesar!", the question remains: Will we ever get the chance to see the man don his ass-less chaps in person again?

“Well, we’re going to start a [Magic Mike] show in Vegas, and I’ll never say never,” he told Cohen. “I wouldn’t mind going out there and doing it one more time. Or maybe twice. But, you know, every time I’ve put on a thong and am getting ready to walk onstage again, I’m like, ‘Why do I want to do this?’ It’s very uncomfortable to be in a thong in front of a thousand people.”

So worst case scenario, we all splurge on tickets to the "Magic Mike" show in Vegas; Best case scenario, Channing becomes the thong-wearing version of photobomb bandit Bill Murray, crashing Bachelorette parties and 30th birthdays when you least expect him. Keep those dollar bills at the ready, ladies.