The comedian has this thing all mapped out 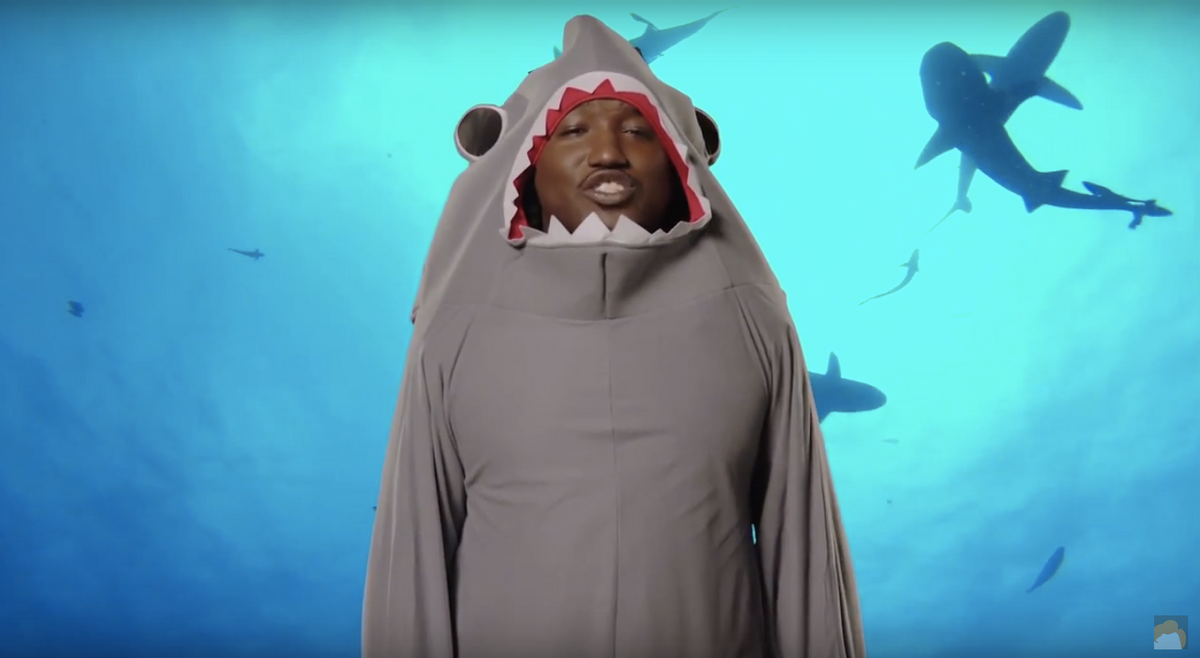 Comedian and fearless heckler-slayer Hannibal Buress dropped by "Conan" Wednesday night to share his foolproof plan for promoting his Comedy Central show during Shark Week (staring July 5!). Here's the plan: airing a super low-budget promo of himself wearing a shark costume superimposed against an ocean backdrop. Everything, down to the thrifty Party City-chic costume, Buress says was calculated: "I want people to be able to relate to me!"