No, "Sister Wives" family, polygamy is not the new marriage equality fight 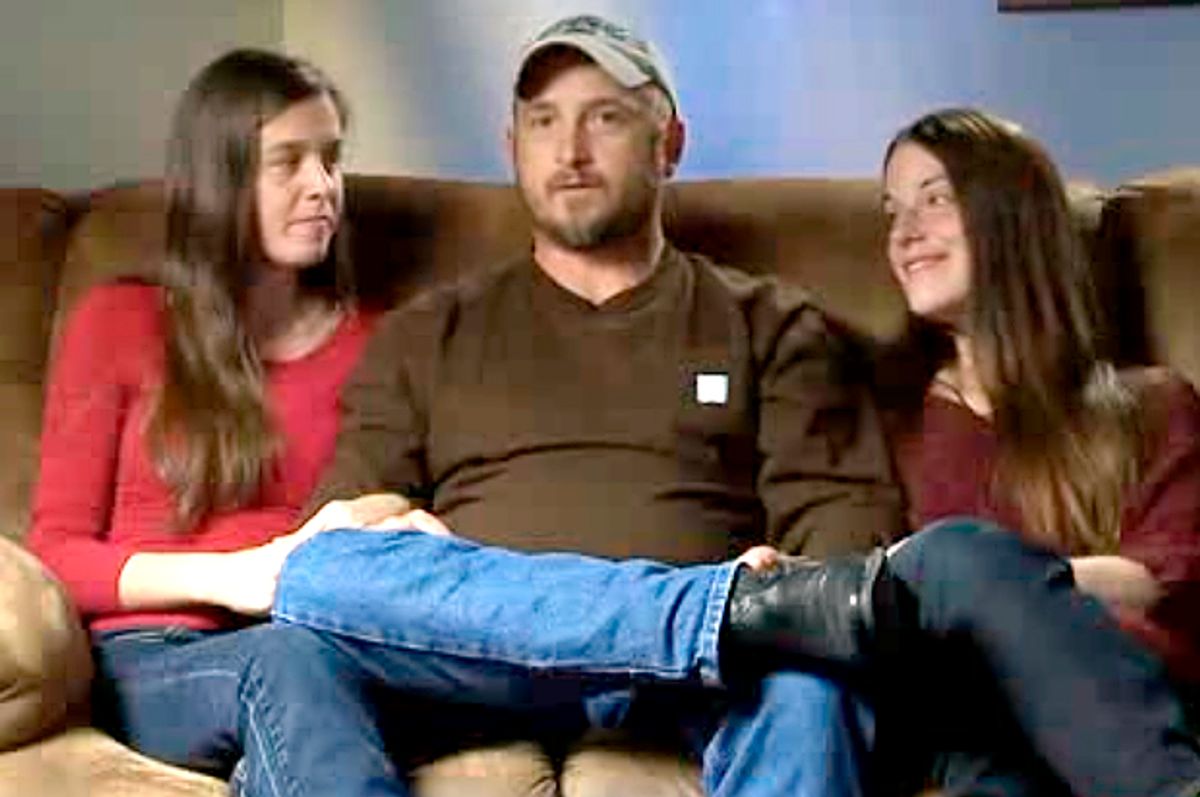 Well, conservatives, here it is, just as you predicted. Human sacrifice, dogs and cats living together, mass hysteria. It's been less than one week since the Supreme Court's historic ruling for marriage equality in Obergefell v. Hodges — a ruling in which Chief Justice John Roberts dryly dissented, "I do not mean to equate marriage between same-sex couples with plural marriages in all respects. There may well be relevant differences that compel different legal analysis. But if there are, petitioners have not pointed to any." Less than a week since the the fully expected right wing warnings that "There is absolutely no legal argument against polygamy now." And on cue, here comes Nathan Collier — a man who describes himself on Facebook as "an American, conservative, Constitutionalist, capitalist, (formerly) Christian, heterosexual middle aged white male of Southern heritage" — and his lovely two brides Victoria and Christine, asking for official recognition of their union. Coming soon: Cat ladies applying for marriage licenses!

The Colliers applied for their license on Tuesday at the Yellowstone County Courthouse in Billings, Montana. Mr. Collier told the Associated Press, "It's about marriage equality. You can't have this without polygamy." The AP reports that county clerk officials denied the application, but "said they would consult with the county attorney's office before giving him a final answer." Collier, who says he was excommunicated from the Mormon church, married his wife Victoria in 2000, and had a "religious wedding ceremony" with Christine in 2007. He claims "he and his wives hid their relationship for years" but now, "My second wife Christine, who I'm not legally married to, she's put up with my crap for a lot of years. She deserves legitimacy." Naturally, the conservative narrative that has to follow this is: Look what you've done, gays. This is why we can't have nice things!

The Christian Examiner was swift to report that "Religious conservatives argued same-sex marriage would open the flood gates to other types of marriage in the United States, and now it appears the coming torrent is beginning to flow." And Newsmax leapt in with the observations that "Opponents of same-sex marriage have said the ruling will lead to calls for legalized polygamous marriages, or even polyamorous ones, which involves multiple people all married to each other."

Collier says that "We just want to add legal legitimacy to an already happy, strong, loving family." And while I am not personally down with the concept of having multiple wives, I get that it does have a certain Biblical precedent, if that's your guidepost. But it can't be ignored that the Bible is, believe it or not, still not the template for our Constitutional rights. Nor can it be ignored that the Colliers, in addition to being a "happy, strong, loving family" are also aspiring reality stars. In Mr. Collier's very limited Twitter feed for his @PolyFam account, he says that "We are indeed interested in telling our story to create more awareness and are thankful for the opportunity." Earlier this year, the group appeared on the TLC reality show "Sister Wives," where they revealed "they are hoping to welcome a new wife into their family, and she’s the best friend of one of the current wives."

If you want to argue that polygamy and marriage equality are the same thing, well, they're not. If you want respect for how consenting adults arrange their households, though, you've got it. That does not however mean that because one group that has fought for friggin' decades for basic recognition and respect finally has achieved something, that every fringe group — and yeah, sister wife families, you are fringe — gets a piece of the action too. And if you're looking for evidence that America is now going all polygamy, all the time, I'd question whether one family that had a brief recent moment on cable TV is really going to build your case.