Whole Foods CEOs apologize for overcharging -- and blame it on employees 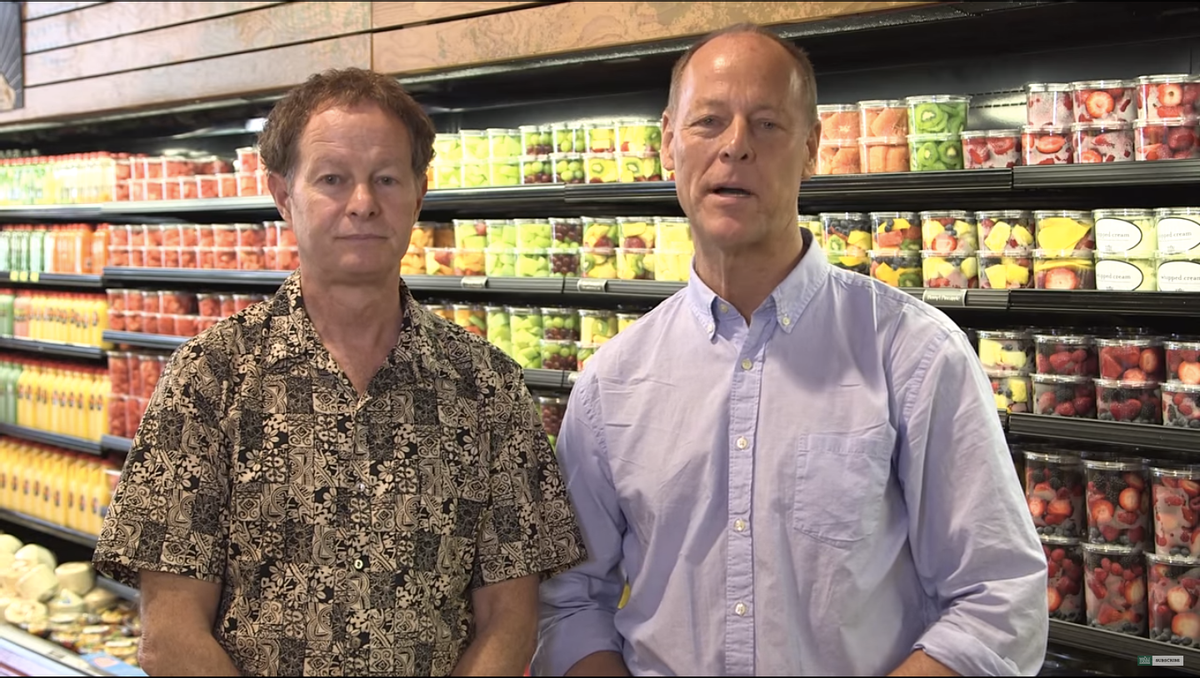 Whole Foods has admitted to overcharging customers after an investigation by New York City's Department of Consumer Affairs found that products routinely had mislabeled weights.

"Our inspectors tell me this is the worst case of mislabeling they have seen in their careers, which DCA and New Yorkers will not tolerate," said DCA Commissioner Julie Menin in a statement. "As a large chain grocery store, Whole Foods has the money and resources to ensure greater accuracy and to correct what appears to be a widespread problem -- the city's shoppers deserve to be correctly charged."

In a two-minute video, the grocery store's co-CEOs John Mackey and Walter Robb apologize for the issue:

"Straight up, we made some mistakes," said Robb, making sure that you know he is a cool, young dude. "We wanna own that and tell you what we're doing about it."

The two then explained that the errors were due to the "hands-on approach" to selling fresh food. To combat the discrepancy, the chain will be instituting more thorough training and also encourage customers to ask their cashier to double check items' weights.

"If there's a mistake that's not in your favor, we promise to give you that item for free," said Mackey.