Take a look tomorrow at an American flag. "Made in China," it probably reads -- a fitting, and chilling, metaphor 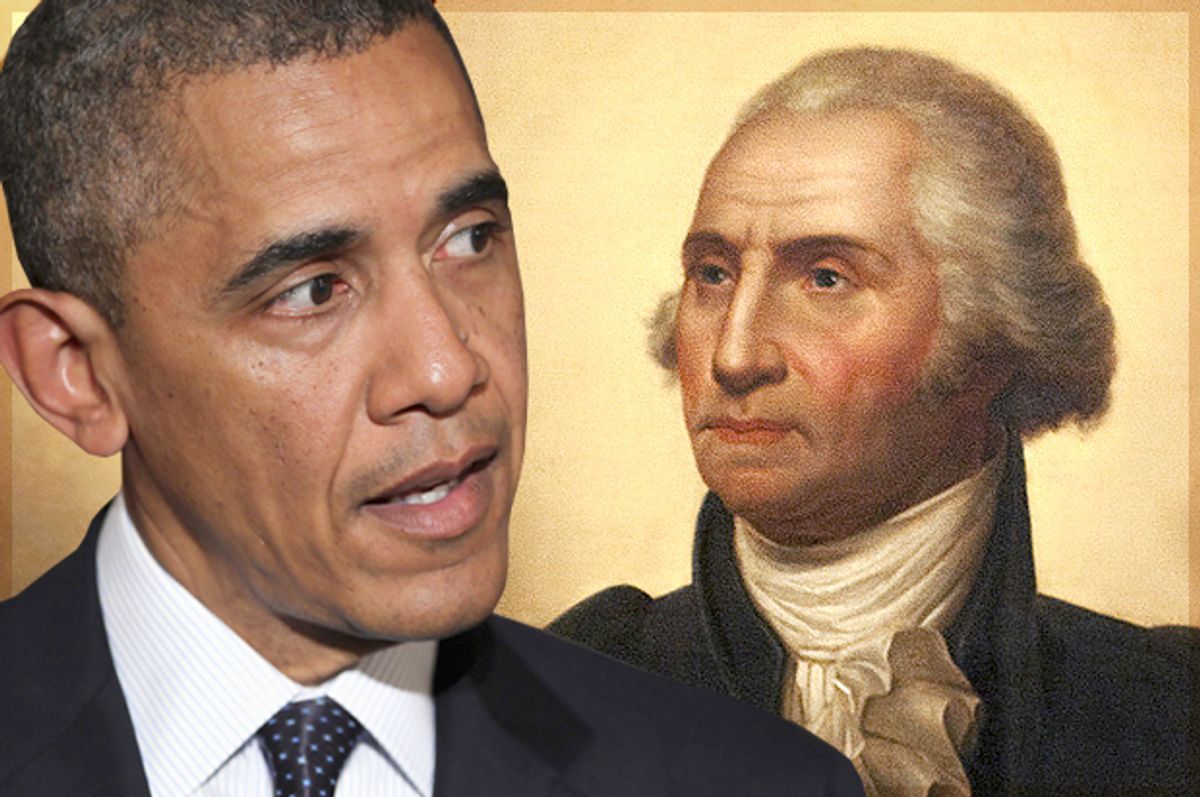 There’s a good chance (like a 94 percent chance) that the flags present at your Fourth of July festivities will be Chinese-made. The ubiquity of American flags made in that authoritarian state is such that Congress actually had to pass a law last year banning the military from purchasing foreign-made (read: Chinese-made) flags. These flags are so cheap, however, that similar bills mandating the federal government purchase only non-Chinese-made flags routinely fail. We’ve got a budget to meet and all.

That flag, then, that so proudly attempts to recall our independence this weekend is, in fact, a symbol of, at best, our interdependence and, more likely, a dependency which determines how we live. The United States is a democracy that with each passing day submits to the demands of global capitalism. If you work, where you work, what you do, how much you make, and what you spend it on are, with each passing day, determined by global capitalism more than America, which it hurriedly subsumes.

Use your Fourth of July celebration as a way to test this. How independent is the United States in 2015? You might even make a drinking game out of it, as long as you’re not drinking anything from Anheuser-Busch, which is now owned by a Belgian-Brazilian conglomerate.

First of all, try attending or hosting Independence Day festivities without being dependent on Chinese-made goods. No flags, obviously. No fireworks, either. But it would also mean that virtually no electronics, including your phone, can be used, so no patriotic tunes and no pictures. Oh, and you likely won’t be able to grill anything either. Consider yourself a patriot beyond measure if you can do it without relying on Central American, Caribbean and Southeast Asian goods too. Because you’ll probably be next to naked. (Check your tags.)

Your visage will be carved into Mount Rushmore if you accomplish all that and drive to your Fourth celebration without using any foreign oil. The United States remains a net importer of oil from countries like Saudi Arabia, Iraq, Venezuela and Russia, all lovely and stable places on whom we’re dependent to keep our 250 million motor vehicles (and thus our economy) running.

And don’t get confused about this “energy independence” talk. Many politicians, themselves not independent of their Big Oil benefactors, have made it sound like oil siphoned up from under American soil is somehow ours, and not the immediate property of whatever corporation is doing the drilling. Exxon-Mobil could find oil underneath your garage and you’ll still be paying a price at the pump determined by the world petroleum market. It’s a global market that sets the barrel price, not the country of origin, and the very real increase in U.S. production is busy being offset by the billions of Chinese, Indians and other industrializing nations who put new drivers on the road by the millions every year.

So just how independent are we, again?

While we anachronistic citizens consider quaint notions of nationality and those invisible lines that demarcate the home of the free from the others, corporations do not. Corporations have a single imperative: profit. They aren’t sentimental--they’re machines with a single, unwavering directive: make profits. They do not--or, more accurately, cannot--share in your feels about your country.

Speaking of the United States, Mexico and Canada in the age of NAFTA, Wharton professor Morris Cohen says, “It is as if there is no border, as if it is one economic zone.” I spoke with Frank, a German BMW executive at the company’s South Carolina assembly plant, who spoke in this same strange language. He differentiated Mexico and the U.S. only in terms of costs incurred along the supply chain. He used the cold word “zone” to describe everything north of Guatemala.

But President Obama’s Trans-Pacific Partnership (TPP) has begun accelerating toward passage, and it could create another, much larger zone along virtually the entire Pacific rim. With integration of this magnitude, shocks in one country are felt throughout the zone. The authoritarian regime in Beijing still keeps a lid on dissent, but the nation of 1.3 billion is called the “epicenter of global labor unrest” by Cornell professor Eli Friedman, an expert on Chinese labor.

What happens in the case of revolt in China? What if the wage slaves driven to mass suicide and rioting to make our Apple products finally decide they’ve had enough? How gloriously independent are we when, on Wal-Mart wages, we’re expected to buy Wal-Mart goods suddenly spiking in price because of disruption on the global supply chain?

In what’s called a “race to the bottom,” workers in wealthy countries, forced to compete with subsistence wages in poorer countries, are forced to accept smaller and smaller paychecks to compete. That’s when the company doesn’t just up and leave without offering employees a chance to bargain. This is a familiar story in the United States in the age of the World Trade Organization, the General Agreement on Tariffs and Trade, NAFTA and the “most favored nation” status granted China. Obama's TPP is seen by critics to only intensify these effects and calcify the orthodoxy. Noam Chomsky decries TPP as a deal "designed to carry forward the neoliberal project to maximize profit and domination, and to set the working people in the world in competition with one another so as to lower wages to increase insecurity.”

The trade deals are invariably sold with the promise that they’re good for America. But that increasingly feeble promise, less believable with each utterance, that global “free” trade lifts all boats still lacks anything resembling convincing evidence. When do the jobs come back? When do declines and stagnation in wages reverse their trend? I thought you said this was good for us, for Americans.

Given the full global integration of finance capital, the United States isn’t even independent of the troubles in a Mediterranean nation smaller than Ohio. The U.S. stock markets lost 2 percent of their value across the board on Monday on fears that Greece’s financial woes would lead to the unthinkable: that a sovereign country would leave its zone, that it would become independent again.

So, by all means, celebrate the founding of our country, a nation that embarked on a revolutionary path toward democracy. But you might also consider independence, the nominal, at least, reason for the celebration. Independence was called for by the country’s founders when King George III determined too much of the colonies’ economic activity. And this is where we ended up?