The Fox News host said that his segment, in which he declared that men were better than women, was just like Oprah 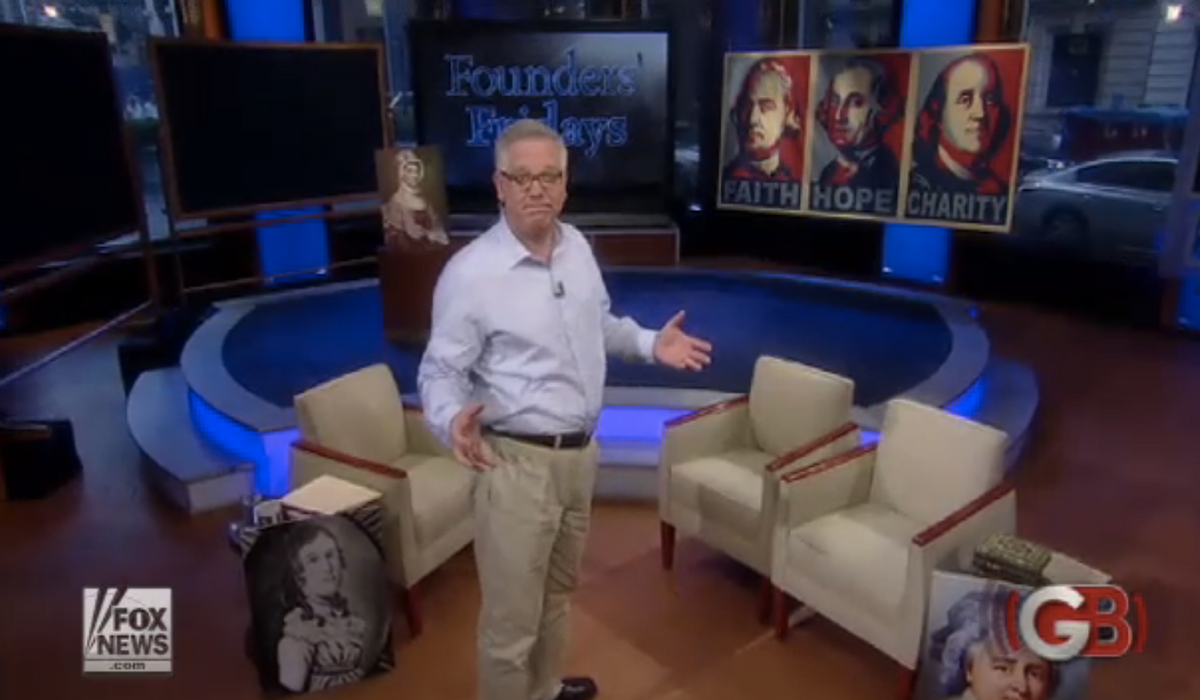 Here’s what was buzzing around the Internet for the week of July 4, 2010:

"Today is kind of like 'Oprah'!" Glenn Beck said in the opening of his 2010 "Founding Mothers" Fox News segment, a spin on the weekly "Founders' Friday" series.

He was exactly right. It was exactly like "Oprah." Remember that one episode where Oprah called Revolution-era women ugly and then, moments later, told an audience of women "Men are better than you." You don't?

Turns out Beck's 2010 program, a special treat for the Fourth of July, was nothing like "Oprah." Not even remotely. In it, the Fox News pundit decided to pay tribute to the women who helped found America. "We probably wouldn’t have had our independence if it had not been for the critical role that women played!" he said with gusto. Unfortunately, the whole thing was interspersed with wildly sexist comments undercutting the tribute at every turn.

While glancing at a prop-portrait of a Revolution-era woman, for example, Beck was struck by how ugly women of that time were. "I have to tell you, this one, either the art was really, really bad back then or they just had ugly, ugly people." Later, he pointed to one portrait of a female soldier, explaining that she probably didn't have to do much to pass as a man. He chuckled a little bit to himself.

If you stick around until the end, there's a major reward: Beck explaining to his guests that he hates those "women in bonnet" movies -- no, "Emma Thompson" movies -- and also, this delightful quote:

"May I just say -- my mother-in-law is in the audience, so close your ears," he says. "Sometimes guys pretend to be bad at stuff so then the wife — honey, you are so good at this. You know your husband stinks at wrapping presents so on Christmas eve, you're wrapping all the presents. Really, we're better than you."

Happy Fourth of July, everyone.

Watch the clip courtesy of Fox News below: