"Modern racism lurks in the shadows of equality": Why colorblind school policies have failed black people

Instead of confronting racial and cultural divides, American education only serves to further them 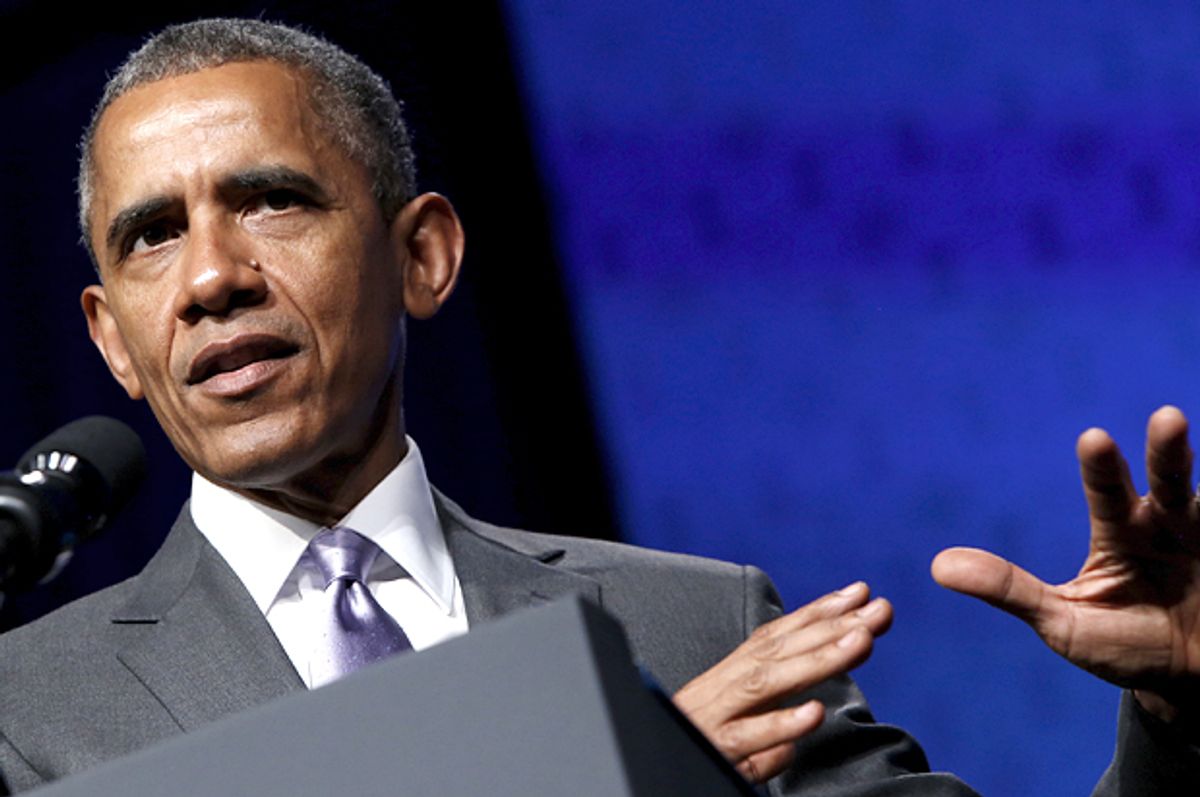 The United States is experiencing a paroxysm of racism, from police shootings and the brutality of white supremacy in Charleston to a string of arsons in black churches across the South. Of course, it’s nothing new for a nation with a long history of extreme racist violence—the most recent lynching-related death occurred in 1981, hardly a lifetime ago, when Michael Donald was hanged by two members of the Ku Klux Klan.
The United States, however, continues to avoid its history on race, refusing to confront its past in a “post-racial,” “colorblind” society, and that policy of systemic ignorance is particularly strong in the education system. We shouldn’t rely on the social justice conversation on Twitter to drive the conversation. It’s time for our schools to recognize that #BlackLivesMatter.
More from The Daily Dot: "Armory builds Iron Man suit worthy of Norse gods"

Though addressing the huge problems with American race relations is a complex issue, reforms to American education policy need to be a crucial component of successful anti-racism work. Classrooms in primary, secondary, and post-secondary education are all failing students through omission or outright lies. Students graduate with no knowledge of Japanese internment camps or learn that Southern slaveowners were “benevolent masters,” and thus, graduates are deprived of crucial information when they enter the harsh light of the outside world.

A nation that refuses to look its past in the eye is doomed not just to repeat the horrors of prior generations, but to relive them in new, ever-changing ways. White supremacy has been a fact of life in the United States since North America was colonized by Europeans, but today’s version looks very different. Modern racism lurks in the shadows of equality, cloaked in the rhetoric of a nation where people of all colors can live together peacefully. We think racism is easy to point out and confront, and racists are easily punished. That’s not the case.

After actor Forest Whitaker was racially profiled in a Manhattan deli, Ta-Nehisi Coates wrote in the New York Times: “In modern America we believe racism to be the property of the uniquely villainous and morally deformed, the ideology of trolls, gorgons and orcs. We believe this even when we are actually being racist.”

This differs dramatically with approaches to teaching race in other nations, with Germany being a particularly notable example. The nation struggles intensely with its Nazi past and the crippling effects of the Holocaust, but rather than attempting to bury it, Germans confront it, forcing students at all levels of the educational system to talk about the Third Reich. Students explore the origins of the National Socialist Workers’ Party and the rise of Adolf Hitler, the shifts in public policy that contributed to the Holocaust, and the country’s history of anti-minority hatred.

They visit concentration camps and grow up in a society with very strict hate speech laws specifically written to acknowledge that a terrible thing happened in Germany and that it will always play a role in German society. At Der Spiegel, Markus Feldenkirchen asks: “To date, the American treatment of its own dark past is so ignorantly passive, so intentionally vague, so in denial that it begs the question: Do the majority of Americans feel any guilt or acknowledge any wrongdoing toward blacks and Native Americans?”

Instead of confronting racial and cultural divides, American education only serves to further them. Racial division is an inescapable fact of primary and post-secondary education itself, thanks to huge gaps in education quality that are closely tied to race and socioeconomic status. Some of the nation’s most underperforming schools are in primarily minority areas, reflecting the diminished opportunities for the nation’s children of color. Moreover, students of all races and backgrounds are subject to wildly differing history curricula, with Southern students often instructed that the Civil War was a “War of Northern Aggression.” Those distinctions matter.

More from The Daily Dot: "Dudes build huge real-life gundam so the U.S. can fight Japan in a giant robot battle"

Discussion of race in the U.S. varies across the board depending on regional and district policies, the inclinations of an individual school, and a teacher’s personal approach. In a nation where some students learn about the civil rights movement and church burnings in detail, while others complete units in history class where slaves are treated as commodities just like cotton and sugar, race relations are going to be a serious problem.

Since just 81 percent of Americans graduate high school and only roughly 30 percent hold college degrees, many Americans are left with little more than these rudimentary and haphazard approaches to talking about race. They lack any semblance of historical understanding that might help them identify the role of racism in their lives today.

On the college and university level, more liberal educational institutions may offer classes that specifically explore both contemporary and historical issues surrounding race; some have departments like the University of Florida’s Levin Center for the Study of Race Relations devoted to the task. At American University, however, students organized a teach-in to fill their university’s education gap, holding a civil rights forum with breakout discussions on race. Those students were backed by the school’s administration.

But other schools are not so supportive, as many institutions of higher learning don’t think they have race problems on campus; this doesn’t bode well for talking about race in a larger social context. Marybeth Gasman at Inside Higher Edarticulates one of the problems behind a refusal to acknowledge racial problems on campus—and by extension in society at large—the belief that the presence of “diversity” programs resolve racial issues, as though by magic.

“Many campuses have all of the ‘signs’ of healthy race relations—diversity offices, diversity-related administrators, cultural centers, and diversity programs infused in orientation and student affairs activities—giving the impression that race relations on campus are ‘good’ even when they are not,” Gasman writes.

Fittingly, when racism is taught in schools, its often presented as an individual problem, not an institutional one. This leads many white Americans to believe that discrimination occurs in a vacuum. For American people of color, race is a daily, painful reality, but white Americans can afford the privilege of not seeing race—or connecting the dots.

Thus, changing the way schools talk about race should be a key component of education reform in the United States. While the Common Core is rightly criticized for its disastrous implementation across the U.S., it does illustrate the fact that in some situations, states cannot be trusted to set reasonable education standards for their students.

Earlier this year, legislators in Oklahoma attempted to ban AP History from the state’s curricula on the grounds that “the emphasis on instruction is of America as a nation of oppressors and exploiters.” This decision was a reflection of a nation so terrified of its past that it would rather ban the teaching of history than allow instructors to expose their students to the dirty, troubling, and brutal components of U.S. history.

Hiding from these acts doesn’t erase them; it just serves to bury them deeper in the American consciousness to fester, creating a reinforced racism that appears again and again in different forms. As John. D. Sutter wrote in a CNN op-ed on the proposed AP History ban: “We have to learn from these mistakes in order to move forward. Sweeping them aside in favor of preaching ‘exceptionalism’ in the classroom isn't just ignorant—it's dangerous. Instead of rewriting history we should learn from it. And write a better future.”

Rather than legislating against history classes that tackle America’s history warts and all, we should be pushing for them, creating a mandate for basic standards when it comes to educating students about race and history. Such standards should be in place for primary and secondary education, laying the groundwork for a more complicated racial discussion in high school. Just as we teach children the fundamentals of math so they can take algebra and calculus as high school students, we must do the same for America’s youngest students.

This is about much more than whose ancestors enslaved whose. It is about a persistent culture of willful ignorance, and the childish belief that standing in the middle of the classroom with our hands over our ears is an effective strategy in dealing with racism in contemporary America. We owe it to ourselves and the next generation to be honest about race—and that means creating an education policy that forces the issue.