I get why Trump’s shocked by the backlash to his anti-Mexican racism. His anti-Obama racism was tolerated too long 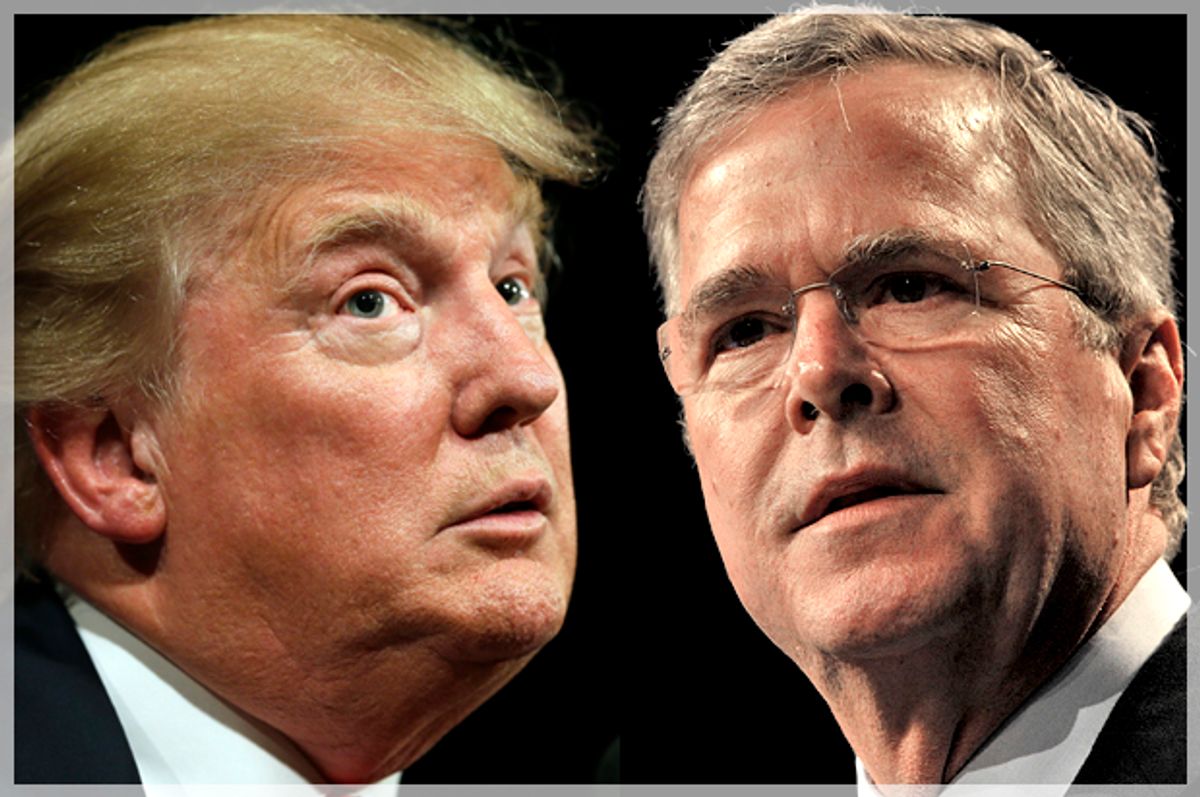 I found myself in rare sync with Donald Trump this holiday weekend, when he confessed he didn't think the backlash to his hateful comments about Mexicans would be as strong as it turned out to be. This was after Macy’s, NBC, Univision, Serta and Ricky Martin all gave up their partnerships with the racist carnival barker.

I have no sympathy for Trump, but I can certainly see his point. Why would he have worried about a backlash against his anti-Mexican racism, when corporate America and the Republican Party let him get away with ugly racist birtherism regarding President Obama for years? Frankly, I’m pleasantly surprised by the backlash, but also a little sickened that it took this long.

I'm also surprised the other GOP presidential candidates are getting so much credit for their belated rebukes. The New York Times trumpeted an “indignant Jeb Bush” who “said he takes Donald Trump’s remarks personally.” That would be big headline news if Bush, whose wife was born in Mexico and whose kids are thus of Mexican descent, said it the day after Trump’s ugly outburst. Instead, it took Bush eighteen days to denounce the birther-in-chief. I wouldn’t call that indignant.

Bush told the Times Trump was "wrong" and "way out of the mainstream of what Republicans think." But he actually had to be asked by a reporter “if the comments struck a personal chord.” Then he answered, as prompted, "Of course it does, absolutely." He went on:

"He's not a stupid guy, so I don't assume that he thinks every Mexican crossing the border is a rapist. So he's doing this to inflame and to incite and to draw attention to his campaign, which seems to be his organizing principle of his campaign, and it doesn't represent the Republican Party or its values."

For the record, former New York Gov. George Pataki came out first against Trump, and Sen. Marco Rubio has also denounced his comments.

I really think this is great. But I can’t believe it didn’t happen during the 2012 cycle. Mitt Romney sought Trump’s endorsement pathetically, despite the mogul’s descent into crackpot anti-Obama birtherism. And when Trump tripled down on his insane charges against the president in a CNN interview on the very day he was holding a fundraiser for Romney, the candidate shrugged.

“You know, I don’t agree with all the people who support me, and my guess is they don’t all agree with everything I believe in,” Romney told reporters when asked about Trump’s insanity. “But I need to get 50.1 percent or more, and I’m appreciative to have the help of a lot of good people.”

“That was a big steaming plate of shit spaghetti Trump just deposited on CNN for his supposed friend Romney,” David Frum tweeted. Romney never did get his 50.1 percent. But Trump kept all of his corporate endorsements intact. So it’s understandable that he’s a bit surprised that the current backlash is costing him money.

I talked about Trump’s comments on Hardball last week and the Washington Post’s GOP beat reporter, Robert Costa, observed that the Republican presidential field has no interest in staging a “Sister Souljah moment” by denouncing Trump. He’s right; Trump represents a serious segment of the party base, and nobody in the GOP besides the long-shot Pataki was lining up to denounce him until he began losing his corporate support. He's in second place, behind Bush, in national polling.

It's great to see Trump get rebuked. Pardon me, though, if I don’t give Republican leaders, or corporate America, a whole lot of credit for their belated bout of conscience. History will look on Trump’s campaign to get the first black president to show him his papers as abject racism, and the people who tolerated it won’t come off well either.