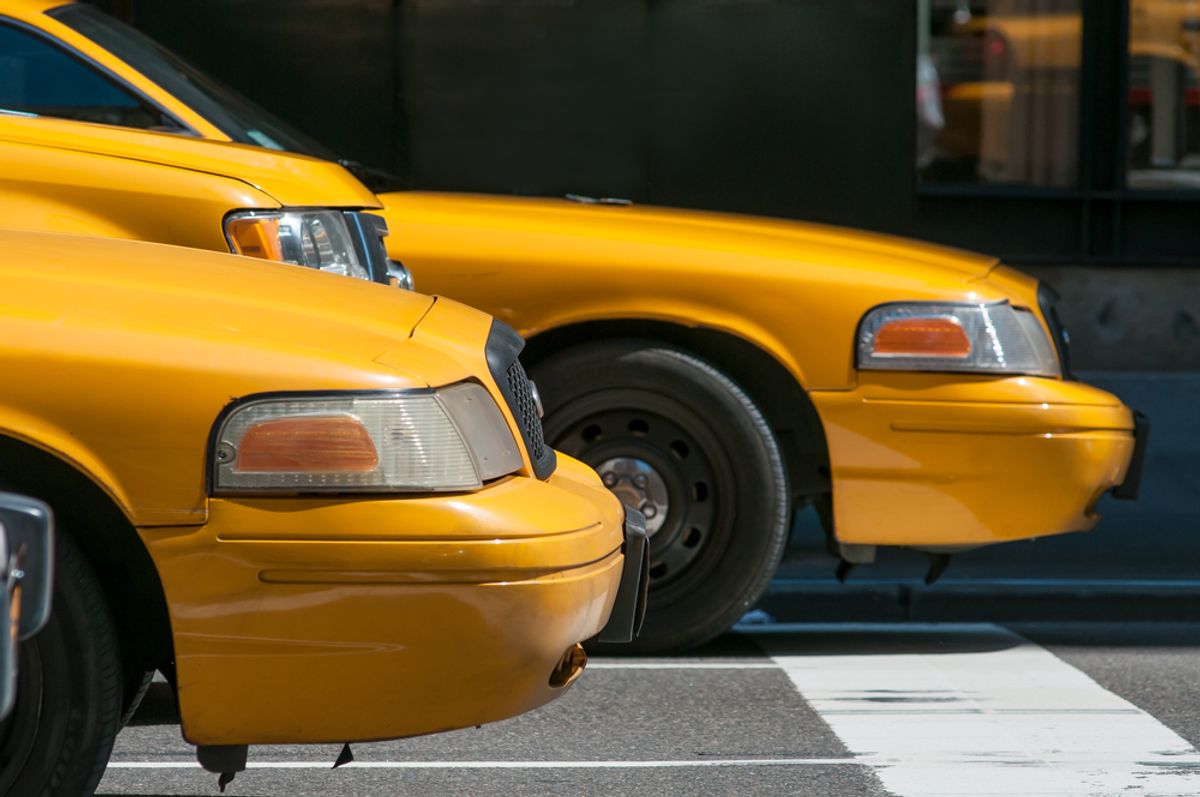 The energy efficient cars of the future will allow the transportation sector to lower its greenhouse gas emissions not just because they're electric -- but because they'll also be driverless.

That's the forward-looking conclusion of a new study in the journal Nature Climate Change, which takes a look at the potential for fleets of different-sized, self-driving electric taxi cabs to take to the streets, dispatched by a computer system that could match them with the ideal number of passengers to maximize efficiency (no more single riders zipping downtown in SUVs). If the technology allows it, and people can be convinced to give up their private cars for on-call "robocabs," the researchers believe we could reduce conventional car travel's contribution to climate change by up to 94 percent by 2030.

"We found that, of all the variables we could consider, the use of autonomous vehicles as part of a shared transit system seemed to be the biggest lever that pointed to lower energy use per mile," study co-author Jeffery Greenblatt, of the Lawrence Berkeley National Laboratory, said in a statement.

It makes sense: efficient as vehicular transport may be for the individual trying to get somewhere quickly, comfortably and with all her stuff in tow, anyone who's ever been caught in rush hour traffic can attest that the way we use cars is wasteful. In the U.S. in 2009, 62 percent of the total vehicle miles traveled involved single drivers in cars built for additional passengers; matching passengers with cars sized to fit their needs, Greenblatt explains, "gives us a factor of two savings, since smaller vehicles means reduced energy use and greenhouse gas emissions."

Just as cars can pilot themselves more safely than humans can (the major benefit being touted right now), they'll also be able to drive more efficiently: closely tailing one another to reduce wind resistance, for example, and optimizing acceleration and braking. But the Berekely Lab researchers arrived at their conclusions without even taking those factors into consideration -- and the savings, they found, would translate to cost as well, which they predict will play a major role in robocabs' ability to catch on.

Of course, the obstacles facing a complete revolution in the way we travel are mighty. People, especially those living further out in the suburbs, would have to be convinced to sacrifice the immediate convenience of having a car ready to go in their driveway. Major investments will be needed to get automated electric taxis on the road, at a great enough volume to minimize said inconvenience for travelers. Just how massive the energy savings are, meanwhile, will depend on what proportion of the U.S. energy system is running on renewables 15 years from now. And there's always the worry that once individual transportation becomes cheap, ubiquitous and fully automatic, people will start using even more of it, negating a significant proportion of the efficiency gains.

“The future of transportation energy depends on how the system is used by people, and there are reasons to be cautious,” Austin Brown, a scientist at the National Renewable Energy Lab in Washington, wrote in an accompanying commentary. “Small, efficient vehicles will have to compete for customers with larger, comfort- or productivity-focused vehicles.” Where they win out, the already-disrupted taxi industry will face even bigger challenges -- the social impacts of which, the study's authors note, "may be considerable."

But given that the transportation sector is responsible for 27 percent of the United States' greenhouse gas emissions -- and cars and light-duty trucks contribute 62 percent of that -- it's a future we'd do well to begin to plan for.