Let it go, Confederate flag defenders: Nobody is trying to "abolish" the history of slavery and the South

Two different national stories show why it's time to move on 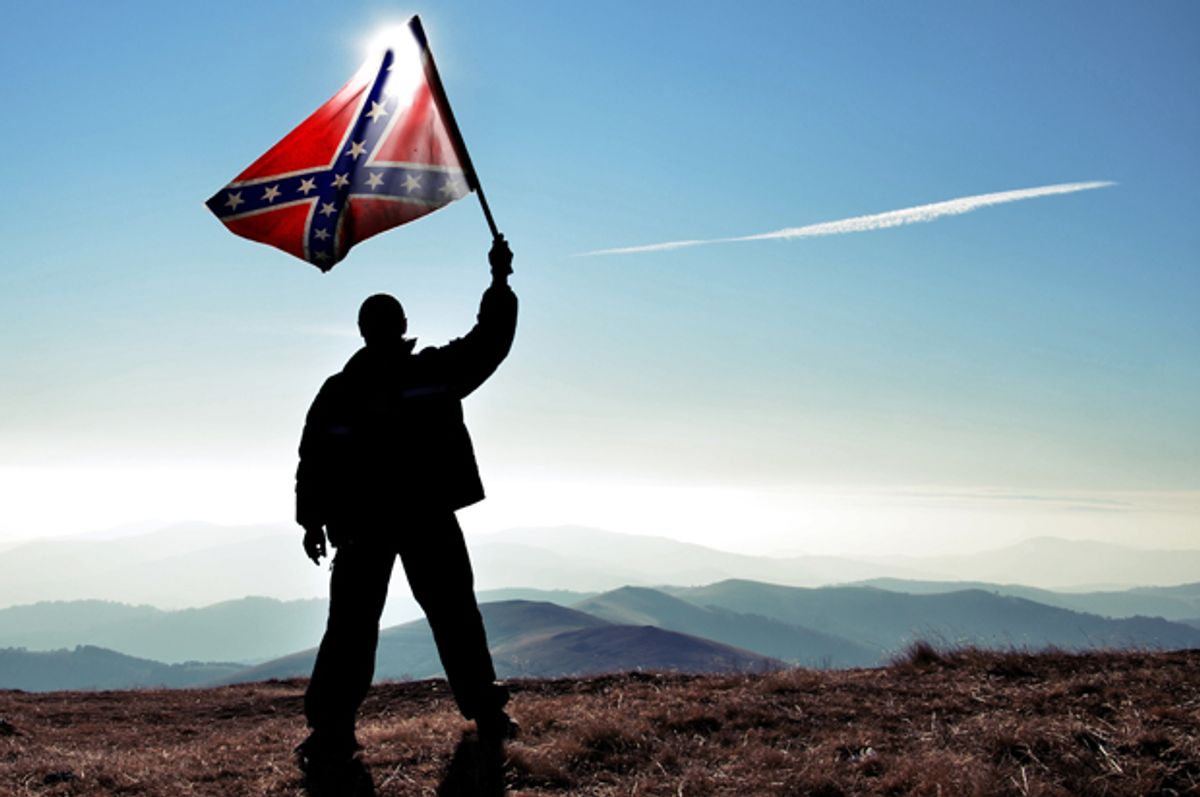 "It was my decision and I didn’t think it was going to be a big deal," says Minnesota volunteer firefighter Brian Nielsen. "But boy was I wrong." Boy, indeed. That's what you learn when you fly a Confederate flag on the back of a fire truck at a holiday parade, in the summer of 2015. And now Nielsen will no doubt have time to consider that during his suspension from his job.

Ever since last month's murder of nine people at Charleston's Emanuel African Methodist Episcopal Church — and photos of suspect Dylann Roof waving the Confederate flag emerged — the once popular image of Southern pride has come under serious reexamination. Both online and big box retailers have announced their intention to stop carrying it, and debate over its appropriateness in public buildings has been passionate. As black churches burn, it's a conversation that needs to continue. And if Nielsen had considered looking at it that way, maybe he'd be reporting for duty this week instead of cooling his heels.

Sometimes in history, it takes a while to come around on things that in retrospect seem like they should have been pretty obvious all along. And you know, in spite of plenty of undeniably horrific recent events that show how far we still have to come, we have as a nation taken some great strides toward social progress of late. We have progressed in the causes of marriage equality, transgender visibility, and in toning down the casual racism. Sports teams are being forced to reconsider their nomenclature and their mascots. Confederate flags are coming down.

But moving away from deeply engrained ways of looking at things happens at different rates for different people. It's relatively easy for those of us whose side won the Civil War and who have been raised to view the Confederate flag as a symbol of pure racism to unquestioningly approve of it going away for good. It's understandable that those who see it as a symbol of regional pride — and a recent CNN poll revealed that 57 percent of Americans polled view it that way — are going to take time to come around. At Daytona over the weekend, plenty of NASCAR fans were displaying their flags, warning the racing industry not "to try to be politically correct like everybody else." That doesn't mean that tenaciously clinging to your outdated symbolism is a good look on anybody. Which brings us to Nielsen.

On Friday, the 43 year-old — who's been with the Hartland fire department roughly a decade — decided to put the Confederate flag with the traditional American one on the back of the truck he drove for the town's Third of July Parade. Speaking to the Albert Lea Tribune afterward, he explained, "It’s not that I’m up for the rebel or the slavery part of it. It’s history. They’re trying to take this flag away. They’re basically trying to change the history and abolish it and get rid of it." And speaking to the Star Tribune, he said that "My view is that PC is going too far taking things out of history. It has nothing to do with slavery. I don’t see color, black or white. We’re all equal." He adds that he has a family member who is black.

That's all well and good, but it takes some of the credibility out of a statement when it's a white person saying he doesn't see color, or that the Confederate flag "has nothing to do with slavery." And as local resident Lulu Walker pointed out, "For a fire department to display the symbol that these arsonists champion is sickeningly ironic, uninformed and done in bad taste." Nielsen now says, "More than likely I’ll probably be asked to step down. I respect that and will do that if they want," and adds, "I’m sorry for what I caused my town, the Hartland Fire Department and even my family." But it's unclear if he knows what he's supposed to be sorry for. Does he get what was insensitive about the act?

Perhaps during his sabbatical Nielsen could take a cue from Nashville's Josh Clark, who recently thrashed out his feelings about the flag in a now viral Facebook post. As he explained in late June, "I have always considered myself to be a country boy stuck in the city. One of the ways that I used to show pride for my lifestyle was wearing t-shirts with the Confederate/Rebel flag on them. In high school, I even had a bumper sticker on my truck that read 'Keep It Flying.'" He went on to explain that "As I continue to grow and learn, I realize that we tend to fear things just because we don’t understand them… Thousands of southerners still fly the flag with no racist intent. They still defend the good things they’ve been told about the flag. They, like I once was, are WRONG. The flag is a symbol of a way of life that was wrong. To those against removing the flag, I do not think you are a bad person. I know what it once meant to me. I do, however, challenge you to do your research. Step outside of what your family taught you and be open-minded." That's how you move on in life — graciously and generously. Well done, sir.

It's okay to evolve. It's okay to consider other ideas and opinions. It's okay to let your mind be changed. It's okay to liberate yourself from feeling victimized by perceived political correctness. And it's a whole lot more enjoyable -- for you and everybody else -- than tenaciously saying you're not racist while demanding the right to hold on to your racist symbols.