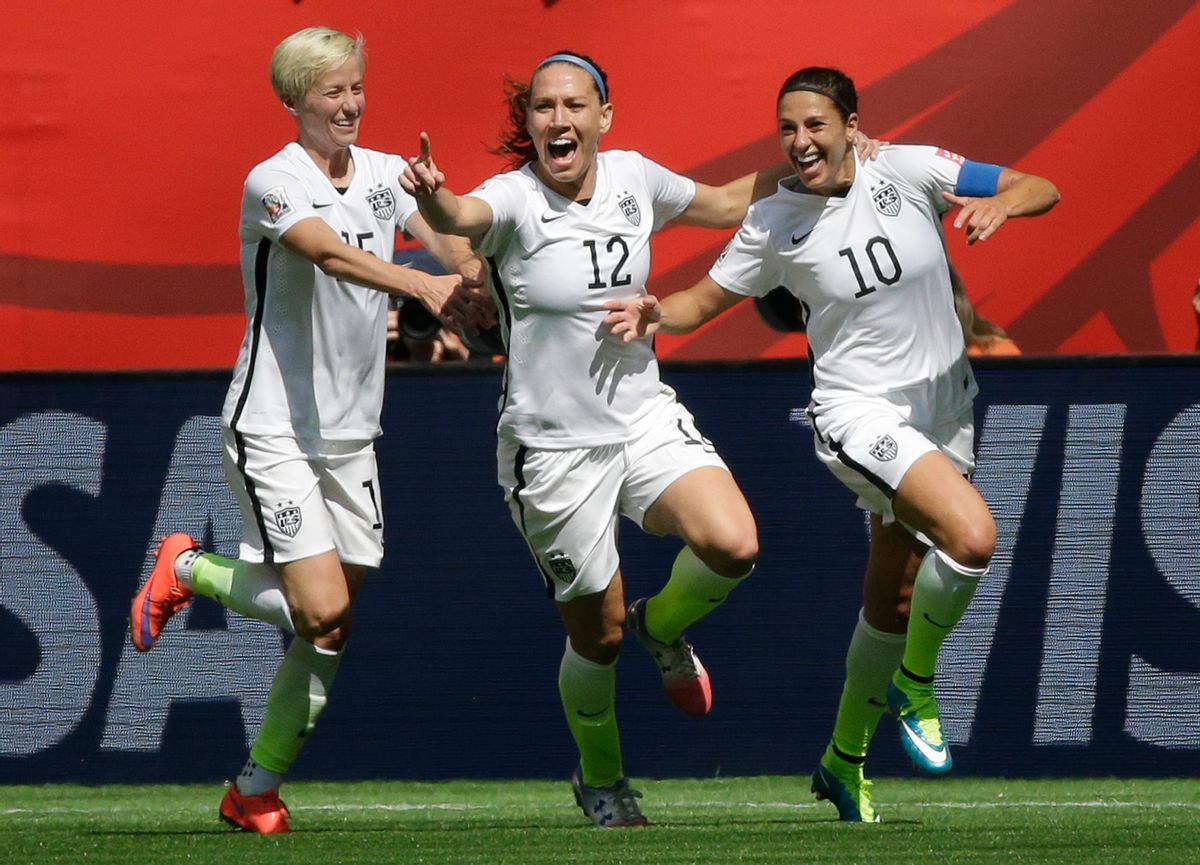 This year's Women's World Cup reinvigorated what appears to be an age-old (sexist) question: Are women's sports worth watching?

The answer, according to the record-breaking number of Americans who watched the U.S. women's national soccer team defeat Japan in the final game, is "yes."

TV By the Numbers reports that Fox saw 20.35 million viewers tune in for the final game, while others claim the average was closer to 25.4 million people. That's an insane number. According to SB Nation, the most-watched soccer event in American television history -- before Sunday night, that is -- was the U.S.-Portugal match at the 2014 World Cup, with 18.2 million viewers.

But the women's final also beat out other major sporting events that some would consider to be more worthwhile. As SB Nation also notes, the NBA finals had an average overnight rating of 13.9 compared to the Women's World Cup final's rating of 15.2, and just 7.6 million people watched the Stanley Cup this year.

So...what was someone saying about the merits of women's sports?