Our celebrity rom-com fixation: What's really so fascinating about the one who (almost) got away

From Katy Perry and John Mayer to the latest Bennifer hopefuls, the pull of the on-off relationship is strong 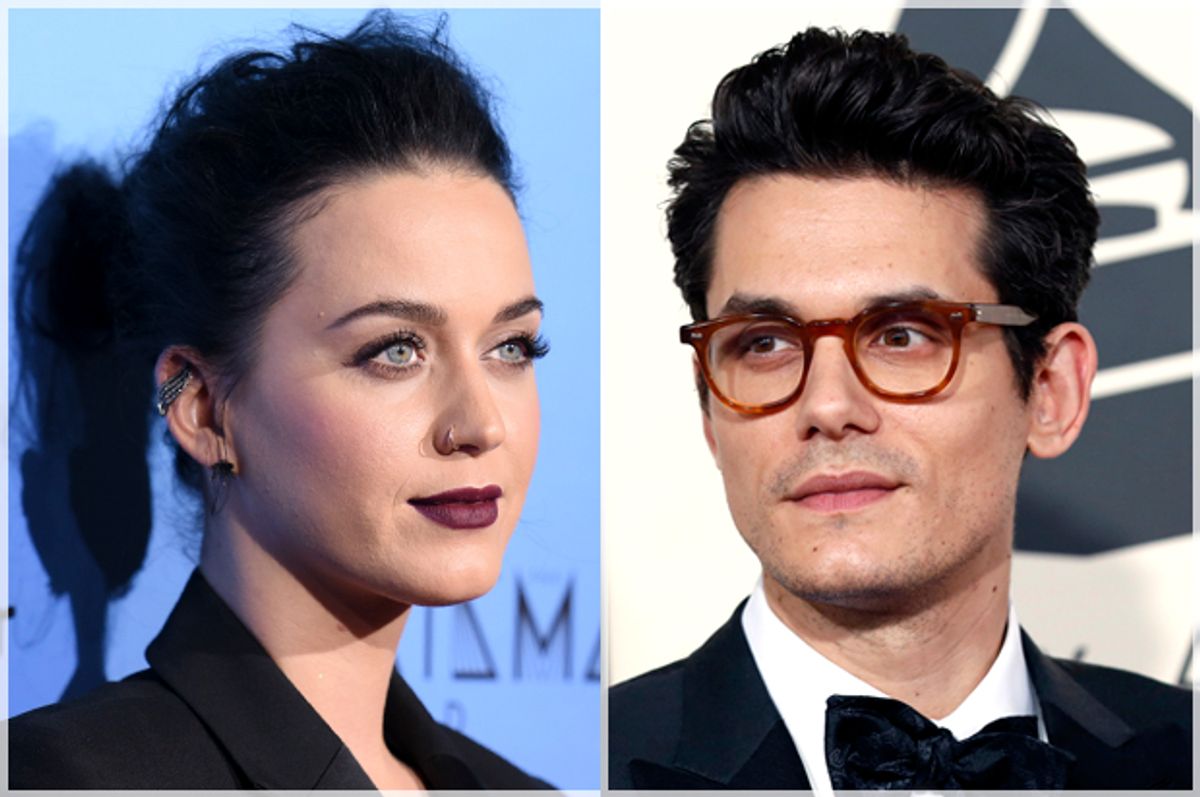 Celebrity-watching tabloid sparks reignited this weekend as on-and-off again lovers Katy Perry and John Mayer spent the holiday together watching the Grateful Dead rock Chicago. Reactions have ranged from cautious words of advice, collective eye-rolls, and glints of hope for the couple that maybe it’ll all work out — this time.

I’ve always liked Katy Perry. She seems like a pop star I could be friends with — pastries, bikini singalongs and kittens? Sign me up. Her romance with Mayer intrigued me from the start. I find it interesting when two creative minds join forces, colliding like planets. What will they create? What will they destroy in their path? And, confession: I was involved with a musician around the time (one of them, at least) Perry and Mayer called it quits. Perry opened up in an interview with Vogue in 2013 and confessed to still being “madly in love” with Mayer despite the challenges of being in a relationship with him. “Beautiful mind, tortured soul,” she said. “I do have to figure out why I am attracted to these broken birds.”

Yes, Katy Perry! Me too! I thought in solidarity as I dealt with my own romantic ups and downs. Seeing relationships like theirs evolve serves as a reminder that all might not be lost — at the very least, you’re not the only one in love and with no idea what to do about it. Since then, the couple has remained largely on-and-off, but I’m one of the romantics that smiles hopefully when stories of them together surface.

It also happens each time I re-read "The Great Gatsby" or see a moving production of "Romeo and Juliet", and I can’t help it: I know exactly how it’s going to happen (with someone dead and all alone) but hope against hope that things will work out -- just this once. The same can be said for on-and-off relationships. What happens if you’re given one more shot? Is it even possible to get back the one that (almost, or perhaps for a little while) got away?

Science not only says yes, but also suggests a pretty happy ending. According to one study, when lovers re-establish contact after about five years, a whopping 80 percent walk down the aisle. Of this 80 percent, a mere 2 percent end in divorce. Compared with national averages of separation and divorce, I think most would take such odds. And so our hope for these couples doesn't feel so futile — given those statistics, it would be downright churlish not to want those two crazy kids to just work it out already.

The research provides certain stipulations regarding lovers rekindling that include the age of each partner when they first met and the amount of time spent apart, but still reads as hopeful. Anyone who’s ever had a broken heart or lingering thoughts of a former flame might find such information encouraging, if not suggestive. After all, prior to having one of the most famous weddings of our time and two adorable children, Kate Middleton and Prince William got away from each other a few times. They were college-aged when they started dating, and with that territory comes growth and the desire to be independent; to learn who you are by trial and error while collecting experiences. But they found their way back to one another, too, and thanks to the whole royal line of succession business, are living out their very own fairy tale ending.

On the slightly less-royal front, last week after Ben Affleck and Jennifer Garner announced their break-up after ten years of marriage, people quickly began speculating that Jennifer Lopez is at least partially responsible for the couple’s break-up. Affleck and Lopez shared a very public relationship (including a music video and the disastrous movie “Gigli”) more than a decade ago, and have reportedly remained friendly. It’s interesting that Lopez’s name was thrown into the conversation so quickly after the most recent Bennifer break-up was announced. (Lopez was seen celebrating the Fourth of July this weekend in the Hamptons with boyfriend Casper Smart, by the way.) Are we really so eager to trade the latest-model Bennifer for its predecessor?

Of course, it's easy to be pessimistic when it comes to on-and-off relationships, especially when it comes to celebrities. The desire to indulge in doomsday prophecies about celebrity relationships never working out or being entirely circular are human responses to our celebrity-saturated culture, and yet we still, somehow, champion the off-chance of a happy ending. It’s entertaining, to be sure, but an indication of the lengths we’re willing to go to affirm human desire.