We should not need to see the footage, but we'll watch it on a loop anyway. Here's why I won't be posting the video 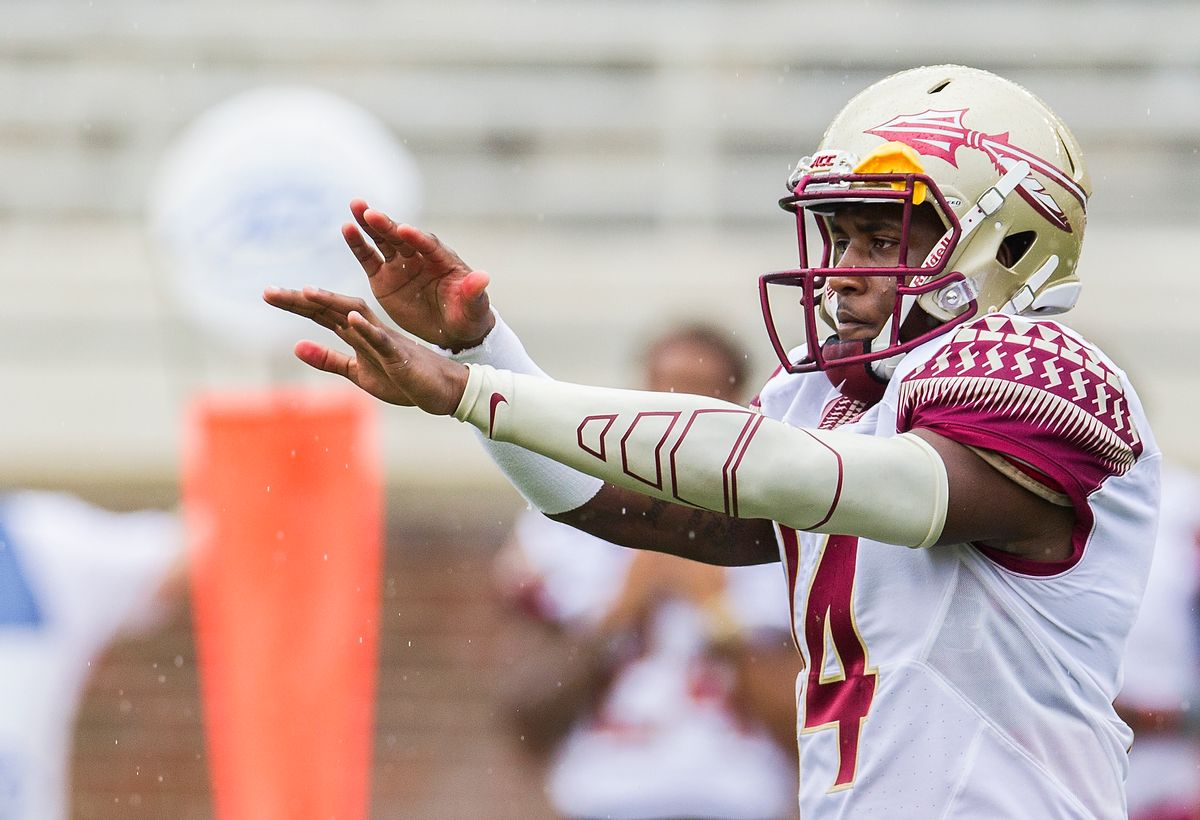 Florida State University freshman quarterback De'Andre Johnson was suspended and charged with misdemeanor battery last month after he allegedly punched a 21-year-old woman in the face at a Tallahassee bar. Johnson turned himself in that same day and was released on $500 bond on Thursday, however the woman reportedly plans to move forward with battery charges. On Monday, the state attorney's office released security footage of the incident illustrating why.

The video does, indeed, appear to show Johnson violently grabbing a woman after pushing past her aggressively to get to the bar; when she tries to shove him away, he reaches over with his fist and hits her hard above her left eye -- "allegedly," that is. Johnson allegedly hit the woman hard above her left eye, where she reportedly still had a bruise when she met with prosecutors last Tuesday.

You will not find video of the alleged assault embedded in this article. The Tallahassee Democrat made the five-minute clip available online, and I watched the whole thing. But I'm not including it.

State Attorney Willie Meggs, the prosecutor who declined to file charges against alleged rapist and former FSU quarterback Jameis Winston, claims he decided to charge Johnson after watching the surveillance footage. The player was initially identified by witnesses at the bar, but Meggs' office reviewed the footage as well to confirm his identity. The prosecutor has since told reporters the victim in the case is "a good witness" who "wants to testify."

Meggs should have the video; so should the other attorneys involved in adjudicating the battery case. The video is evidence that a violent assault occurred, and it helps to clear up the first questions anyone -- a lawyer, a sports fan -- might ask about what happened and who was involved. The video is important.

But the video should not be necessary -- at least not for us, for the public, to see. We should not need to watch footage of Johnson punching a woman in the face in order to entertain the possibility that a quarterback on one of the nation's premier college football teams might have committed an act of violence. We have seen similar footage too many other times to write this off as implausible, and we have taken too many other opportunities to make excuses and poke holes.

The brutal images that got Johnson suspended indefinitely from the Seminoles and charged with a crime serve a purpose, and they could be key to securing justice. But they're not the only clue that something is amiss in the sports world, especially and not exclusively. We should know by now that a culture of virtually unchecked violence against women exists -- and we shouldn't need to watch a display of it on a loop to confirm our suspicions.