"What do you say to people who think you're disrespecting Old Glory?" she asked 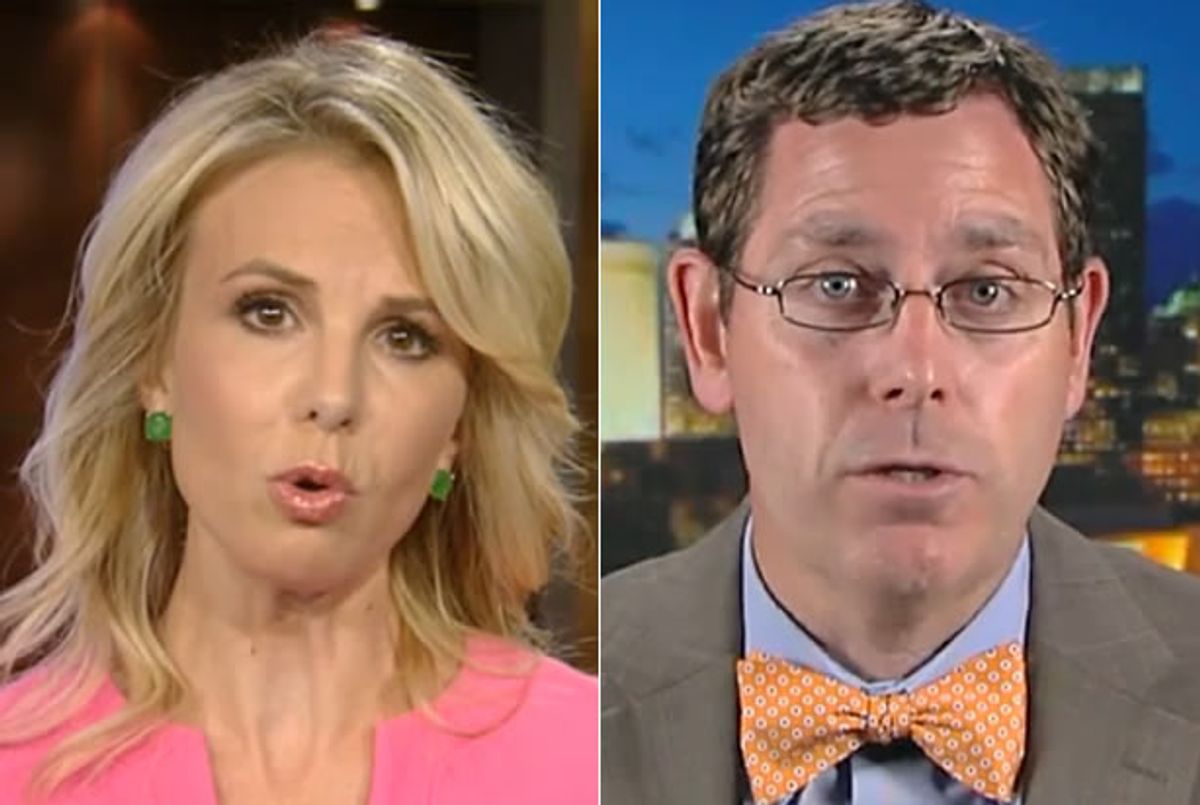 On "Fox & Friends" Tuesday morning, Elisabeth Hasselbeck seemed unsure which Fox News narrative she was supposed to be following during a conversation with the pastor who decided to fly a Christian flag above the American one at Elizabeth Baptist Church in Shelby, North Carolina.

Pastor Rit Varriale -- a military veteran and Citadel graduate -- told Hasselbeck that he decided to have a Christian flag mount the American one after the Supreme Court's decision to legalize same-sex marriage in order to remind people of the Pledge of Allegiance, which states that America is "one nation, under God."

"God is first," he told her. "It you're a monotheist, you believe God is the highest authority," meaning that "you have to stop when any human authority tries to get you to dishonor that commitment to God -- and that’s where we’re at right now."

"Who is disrespecting your religion right here that you believe you need to send this visible message to?" Hasselbeck asked.

Varriale replied that in addition to the Supreme Court, there has been a general "pushback on traditional Christian values in our culture," beginning with the removal of prayer from public schools, which he characterized as "the government telling us that we can't pray with our children."

"Some may agree with your message there," Hasselbeck replied, "but the method in which you're showing it is really piercing some." She then proceeded to read aloud some Facebook comments by people who consider the flying of any flag above the American to be "unpatriotic and offensive."

"What do you say to people who think you're disrespecting Old Glory in putting forth your message?" she asked.

Varriale denied that he was being unpatriotic, saying that he included the church's youth in the raising of the flag. "We are teaching them absolute flag respect," he said, adding that "many military veterans feel like their religious beliefs are being suppressed by the government."

After the pastor left, Hasselbeck returned to the subject, saying that "as a Christian, I'm not sure anything should fly above the American flag. And I'm not sure God needs a flag."