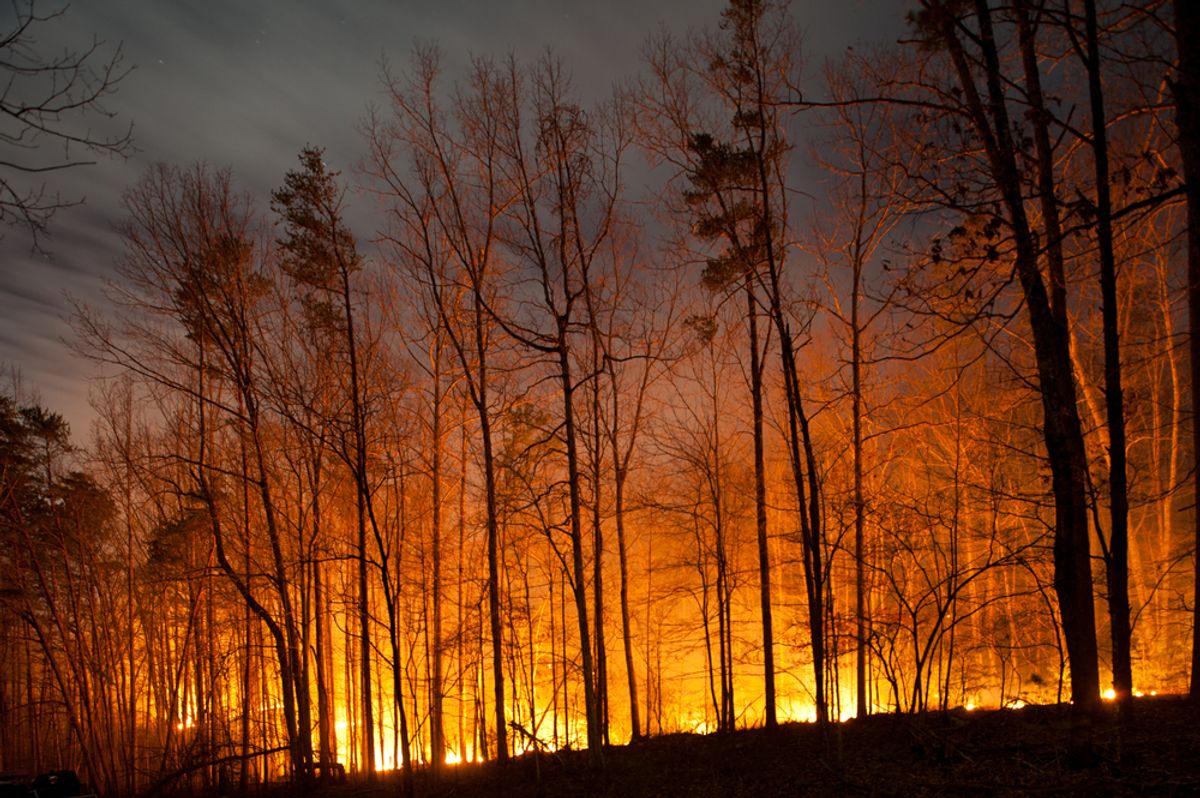 Wildfire season got off to a particularly brutal start in Western Canada this year and is continuing apace, with hundreds of blazes burning across three provinces.

Hardest hit is Saskatchewan, where an oversized fire covering 10 times the area burned in previous years forced 13,000 people in First Nations communities to evacuate. One fire encroaching on the Montreal Lake Cree Nation Friday burned so fiercely Friday that "even firefighters had to flee." In Vancouver, thick waves of smoke that smell like "apple-smoked bacon" prompted air quality advisories over the weekend -- British Columbia, suffering from drought along with the Western U.S., has already had close to 900 fires to contend with this year. And in Alberta, conditions have calmed down slightly from earlier this year, when wildfires temporarily shut down tar sands production: on Monday, the number of fires burning in the region dropped below 100 for the first time in ten days.

The fires are notable not just for their frequency and immensity, but also because of how early in the year it is: typically, wildfire season doesn't really pick up until late July, but this year they were already going strong in May. The last time conditions were this bad, many are noting, was in 2003 -- "one of the most catastrophic in British Columbia's recorded history" -- and at least one expert says this year may be shaping up to be even more extreme. These graphs, from the Canadian Wildland Fire Information System, highlight, just how severely 2015 has deviated from the norm: The drought, as mentioned, is contributing to the spike in wildfire activity; so too is the unusual heat that's settled over the western part of the country -- a consequence of a jet stream that's also left Alaska high, dry and ablaze. Cyclical ocean patterns aside, University of B.C. scientist John Innes told the Vancouver Sun, a longer, more intense fire season is exactly the sort of thing predicted to occur as a consequence of climate change. Within our lifetimes, added UBC forestry professor Lori Daniels,  “this is what is going to become the new norm.”