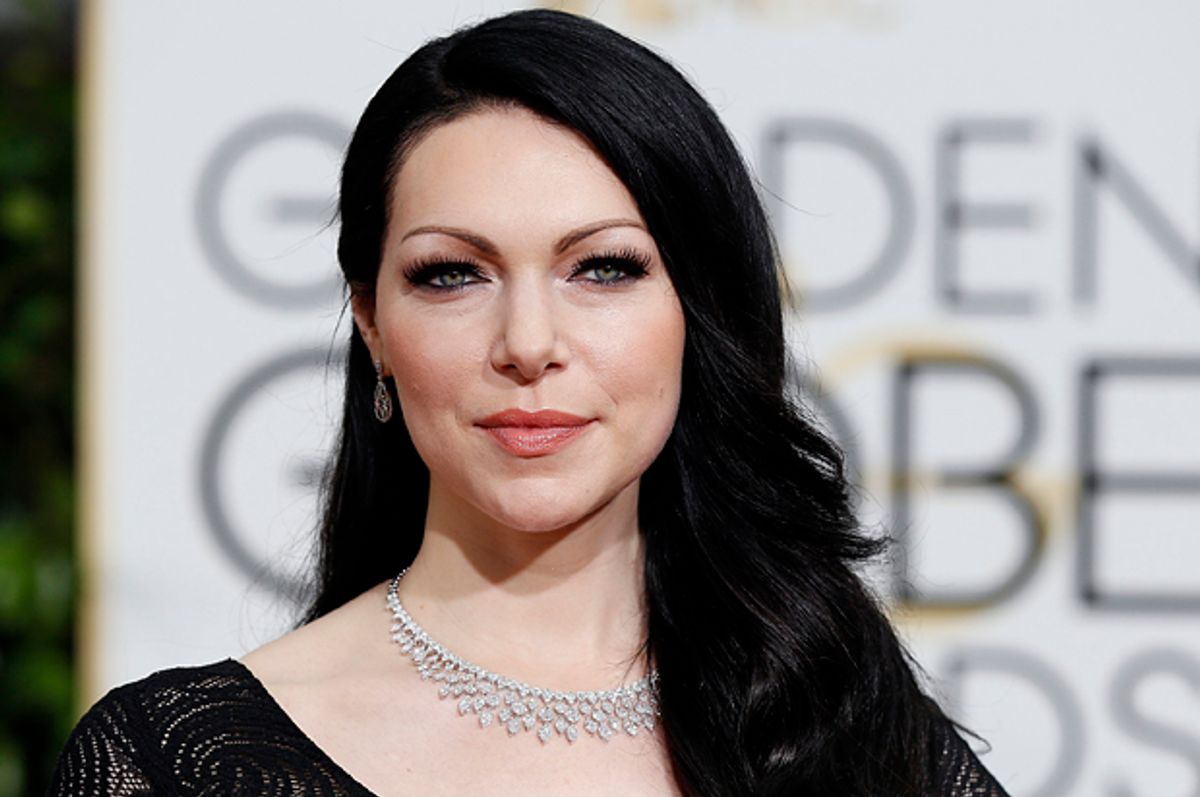 "Orange is the New Black" star Laura Prepon made a staggering guest appearance in an issue of this month's Celebrity Magazine, lauded "the celebrity magazine of choice for Scientologists everywhere" by Defamer and "boring" by Vice.

In it, Prepon speaks candidly about her long-time affiliation with the Church of Scientology, but also as cryptically as first-time attendees describe their experience at Burning Man. In discussing how she was lured into the L. Ron Hubbard vortex, she serves up terms like "Personal Values," "Integrity" and "Overcoming Ups and Downs in Life," which we learn during the interview are courses taught through the church which "totally connected" with her. "It was amazing, and I felt that finally something was speaking my language," she says.

In another portion of the interview, Prepon describes the impact that "auditing" has had on her life. Auditing, as the official Scientology website defines it, is "a precise route by which individuals may travel to higher states of spiritual awareness." This is achieved through two means:  (1) helping individuals rid themselves of any spiritual disabilities and (2) increasing spiritual abilities. (There is "no use of hypnosis, trance techniques or drugs during auditing," the website also stresses.)

Wait, so what is auditing again?

"Honestly, I’ve become more me. The auditing has stripped away all of this charge, false ideas, decisions and mis-emotions that were affecting me. I recently had one of my biggest cognitions in a New Era Dianetics session. I spotted this decision I made a long time ago that was affecting me to this day. It was a huge realization. At the time of the incident, you make a postulate as a “pro-survival” decision, you know? Then to spot it years and years later, after peeling away these layers and then—boom, there it is—it’s mind blowing! To think of it just hiding there in my bank, affecting me."

Prepon is blowing fellow actors' minds, too, apparently. She tells Celebrity Magazine that she's been approached several times on set by people who've taken notice of her extremely zen state, wondering exactly how she does it!?

"I remember I was doing a show with an amazing actor, and we were waiting to hear the fate of our show. He turned to me one day and asked, “How are you always so relaxed? Nothing seems to bother you. I want to know what you are doing...”—I take that as such a compliment and testament to the auditing I have done."

The actress also alludes many times to how auditing has helped zap all stress from her human body. No more "irrational counter-emotion," she calls it.

"I showed up in the morning and we had lost our locations. I was so shocked. Everybody was scrambling. But instead of getting into the worry or any previous mis-emotion slamming in on me or getting me stressed out, I just turned to my producer and said, “Okay, we need a solution. What are our other options?” And we quickly got to work on Plan B. The fact that I had no irrational counter-emotion or reaction and just went into solution mode, I feel, is definitely a testament to my auditing."

And you better believe auditing has also helped her manage her recurring role as Alex Vause on "Orange is the New Black." It's helped her be "willing to go there and be free and vulnerable and really jump into [the] scenes wholeheartedly," she says.

Read other lifted excepts from that interview via Defamer here.