Paula Deen has learned nothing: Tweets image of her son wearing brownface 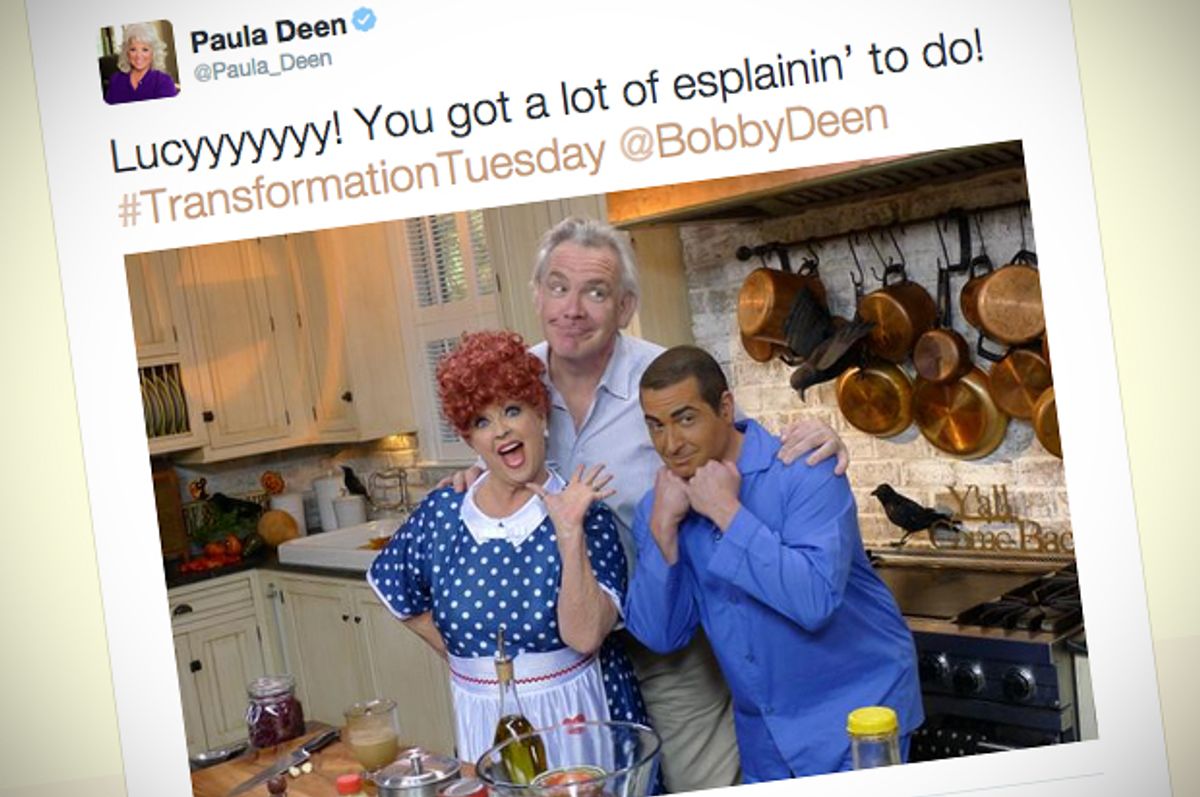 Deen uploaded an image featuring her and her son, Bobby, dressed up as the beloved "I Love Lucy" couple, Lucy and Ricky Ricardo. It was accompanied by the caption "Lucyyyyyyy! You got a lot of esplainin' to do! #Transformation."

Problem is: Bobby, who is not hispanic, decided to wear brownface to look the part of Ricky.

The image was met with unanimous horror and disgust from readers, which prompted Deen to scrub both her Facebook page and Twitter clean of the evidence almost immediately.

While much of the Internet has speculated that the deleted image was a plug for her new cable TV show, Yahoo! Celebrity reports that the photo was actually from a Halloween episode of her Food Network Show back in 2011. This is not to say, of course, that Deen should get a free pass.