Bernie Sanders is no Ron Paul: What the press gets all wrong about the Vermont senator

He'll always be an underdog, but Sanders is a more viable candidate than even the left-wing media will acknowledge 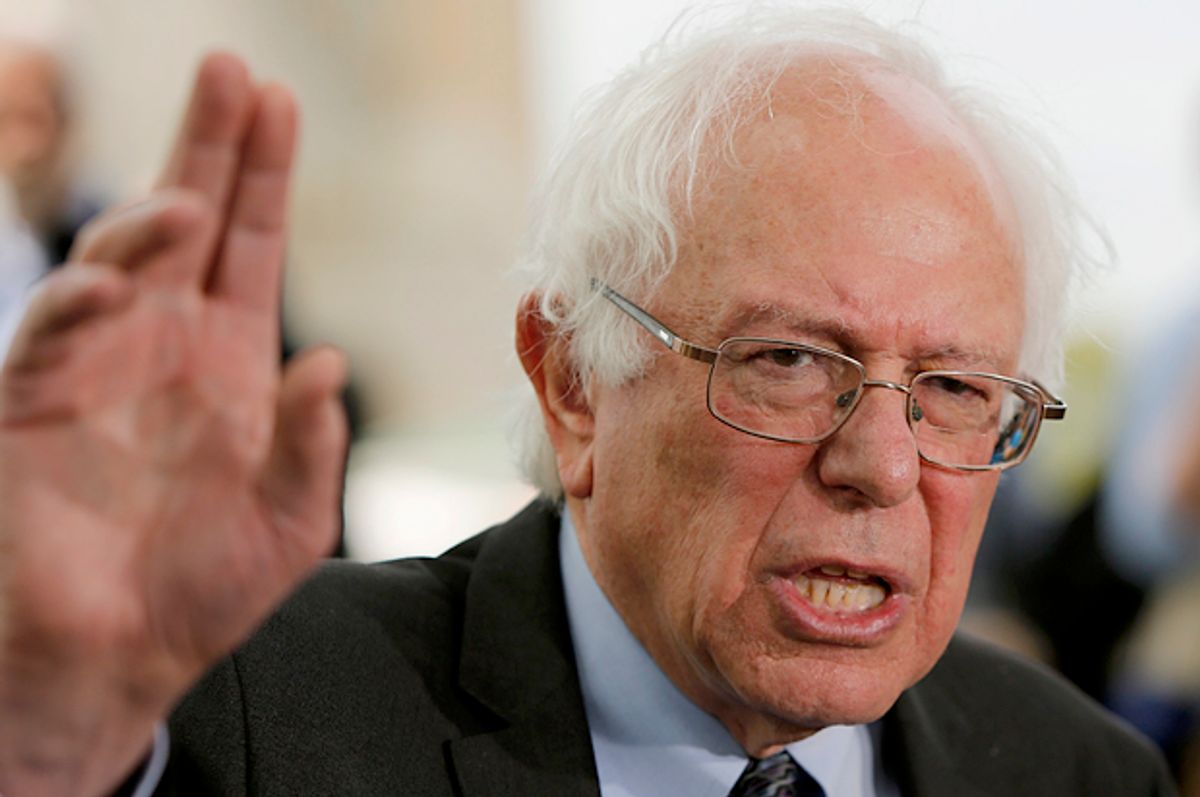 Monday night, Bernie Sanders drew 7,500 people in the town of Portland, Maine, a locale that only has a population of 66,000. The Portland rally was the latest in a series of high turnouts, as Sanders is drawing more Americans to his events than any other candidate in either party.

In response to the high turnouts at Sanders's events, many in the media have sought to downplay his momentum by comparing him to former GOP presidential candidate Ron Paul, who also inspired an enthusiastic following:

“Bernie Sanders could be the Ron Paul of 2016” [Washington Examiner]

“Can Bernie Sanders be the left's Ron Paul?” [Rare]

"Is Bernie Sanders the next Ron Paul?” [Fox News]

The message these outlets are promoting is that Sanders, like Paul, will be able to get an enthusiastic base but will ultimately fail in his quest for the presidency and will only make only a minor impact on the debate. The implication seems to be that Sanders' views are on the fringe, like Ron Paul's. But are they? Or is it just that he is the only one articulating the need to address extreme inequality and expanding social security, which millions of Americans support?

The media message seems to rely on the idea that the two men are similar because they spark genuine enthusiasm among their supporters – which is perhaps a sad commentary on American politics that there are so few candidates who can do this that when they do they are instantly compared.

But the analogy doesn't really hold beyond that. In 2008, when Paul first ran for the presidency, he had 130,000 donors through the fourth quarter (January 2008). Recall that this was a campaign that began very early, with Paul entering the race on an official basis in March 2007 after forming his presidential exploration committee in January of that year.

Sanders, on the other hand, has already collected 250,000 donors after around two months of campaigning. This means that the Vermont Senator is collecting donors at nearly 8 times the rate that Paul did in his first run for the presidency.

The biggest difference between the two is the ceiling of support they were able to hit. Paul, despite his enthusiastic and genuinely creative volunteer and donor base, has advocated ideas like completely eliminating Medicare, Social Security, and Medicaid. Even among the GOP base, these ideas are extremely unpopular.

Sanders, on the other hand, has since his time as Burlington, Vermont's mayor, promoted ideas that are mainstream and popular. Even in the House of Representatives between 1994 and 2006, one of the most right-wing legislative bodies in American history, it was Sanders who passed the most amendments of any member of Congress.

There is no doubt that he's an underdog, but Sanders's ideas are popular and he is gaining traction at a far quicker rate than Ron Paul did. It's true that both Paul and Sanders were insurgent candidates who drew enthusiastic supporters. The similarities end there.