Who knew there was enough room in those luxurious locks to house a Simpsons character? 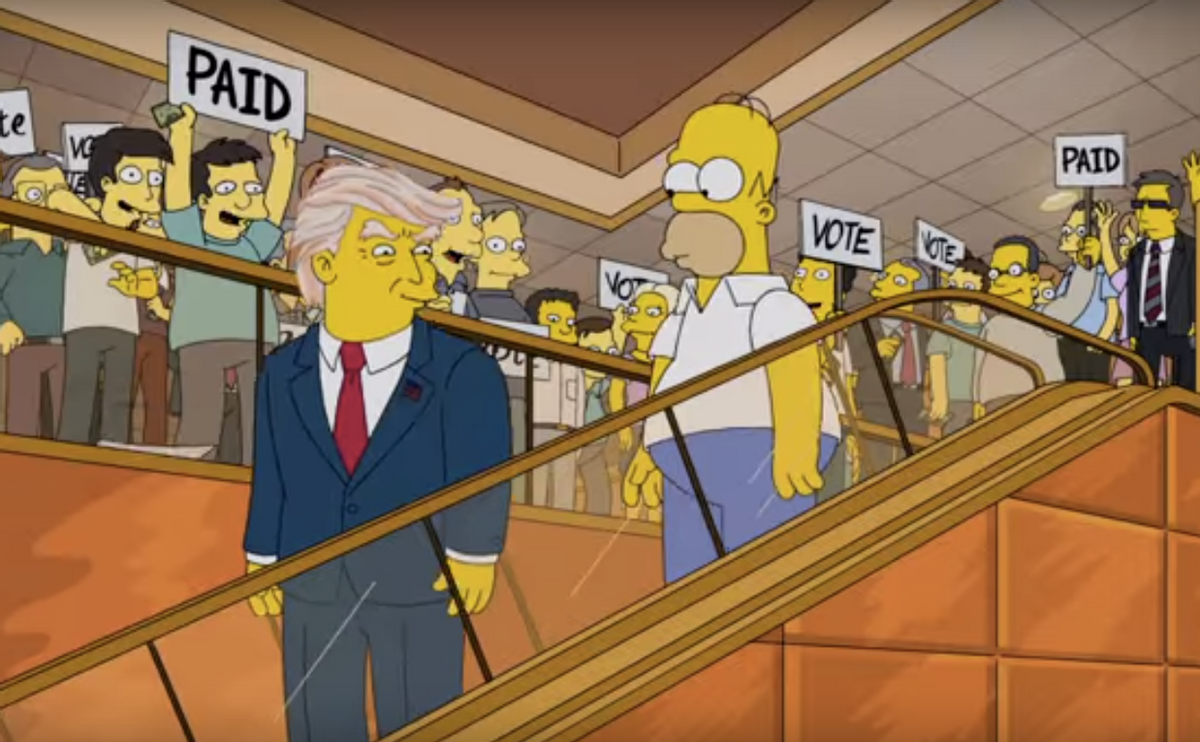 We all knew Donald Trump's iconic hairdo left a lot of room for jokes. We just didn't know there was enough room in his luxurious locks to house Homer Simpson.

In a recently released "Simpsons" promo for Season 27, the politically apathetic patriarch finds himself among a group of actors paid to cheer on Donald Trump at his 2016 bid announcement. Moments later, he is being swallowed alive by the tentacles of Trump's hair.

Inside Trump's skull, gravity does not exist! "I can't believe this was once on his ass," Homer says as he soars through the post-apocalyptic scene.

He discovers a bunch of other humans -- including Trump's ex-wives -- who have been lured into the Trump Trap. Plus, some wonderful tokens of the presidential hopeful's most recent "ant-Latino" fallout: discarded Macy's and NBC contracts.

Watch the full promo for the "Simpsons" airing Sept. 27 below: