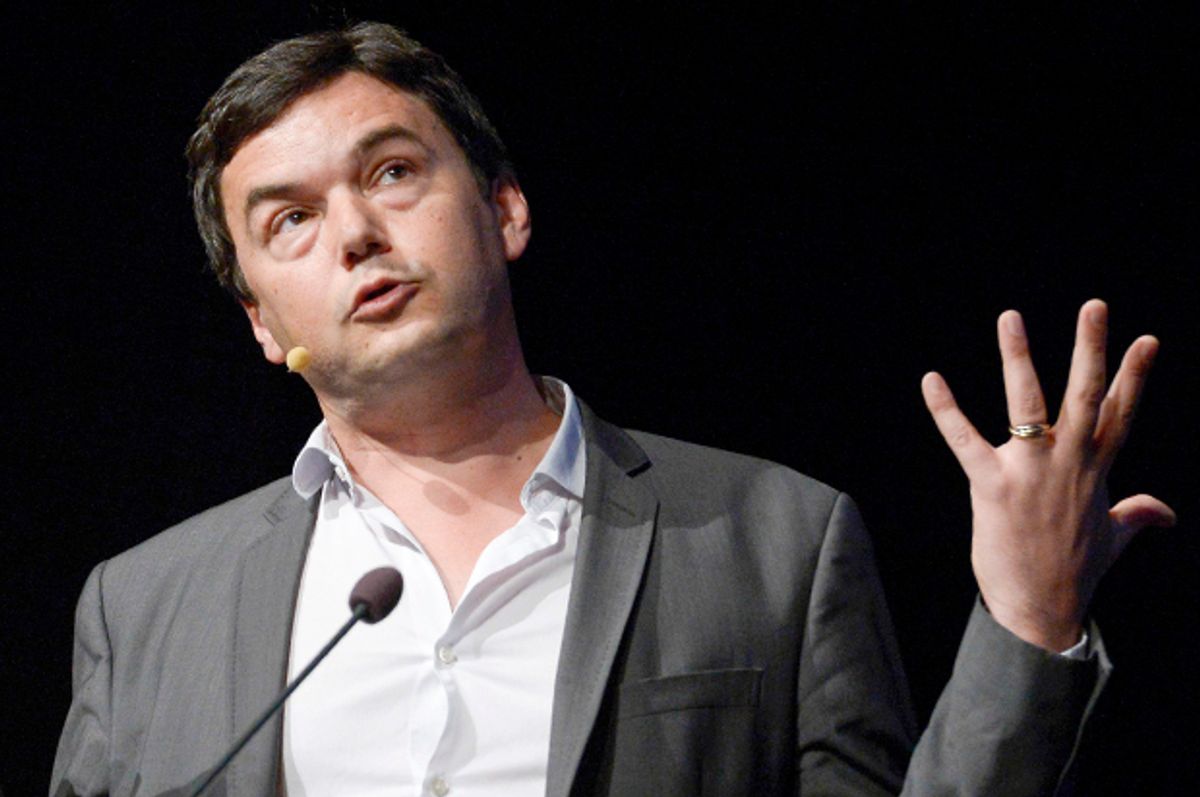 In an interview with the German publication Die Zeit, economist Thomas Piketty lashed out at conservatives in Germany and France for their "shocking ignorance of history" on the matter of debt repayment.

"Look at the history of national debt," he began. "Great Britain, Germany, and France were all once in the situation of today’s Greece, and in fact had been far more indebted. The first lesson that we can take from the history of government debt is that we are not facing a brand new problem. There have been many ways to repay debts, and not just one, which is what Berlin and Paris would have the Greeks believe."

Germany is particularly worthy of shame in this regard, Piketty argued, because it never paid its debt after the First or Second World War, but "it has frequently made other nations pay up, such as after the Franco-Prussian War of 1870, when it demanded massive reparations from France and indeed received them. The French state suffered for decades under this debt."

"The history of public debt," he added, "is full of irony. It rarely follows our ideas of order or justice."

Piketty referred to Germany's current insistence on Greek repayment as "a huge joke," because Germany "is the country that has never repaid its debt," and therefore "has no standing to lecture other nations."

In fact, he argued, the German "economic miracle" was predicated on the very kind of debt relief the country currently wants to deny Greece. "After the war ended in 1945, Germany’s debt amounted to over 200% of its GDP," Piketty said. "Ten years later, little of that remained: public debt was less than 20% of GDP. We never would have managed this unbelievably fast reduction in debt through the fiscal discipline that we today recommend to Greece."

The interviewer contended that Germany's debts after the World War II were only forgiven because the reparations the country paid after the First World War were considered responsible for creating the economic conditions that caused the Second.

"Nonsense!" Piketty replied. "This had nothing to do with moral clarity; it was a rational political and economic decision. They correctly recognized that, after large crises that created huge debt loads, at some point people need to look toward the future. We cannot demand that new generations must pay for decades for the mistakes of their parents."

The conversation turned to whether the Greek people are fundamentally different from the German, many of whom "believe that the Greeks still have not recognized their mistakes and want to continue their free-spending ways." Piketty quickly shut down that avenue of investigation, however, saying that "to deny the historical parallels to the postwar period would be wrong. If we had told you Germans in the 1950s that you have not properly recognized your failures, you would still be repaying your debts. Luckily, we were more intelligent than that."

Piketty concluded that the only way to solve the Greek crisis is to call "a conference on all of Europe’s debts, just like after World War II. A restructuring of all debt, not just in Greece but in several European countries, is inevitable."