One of the House's emerging heroes this morning is Rep. Jenny Horne, whose speech will go down in history 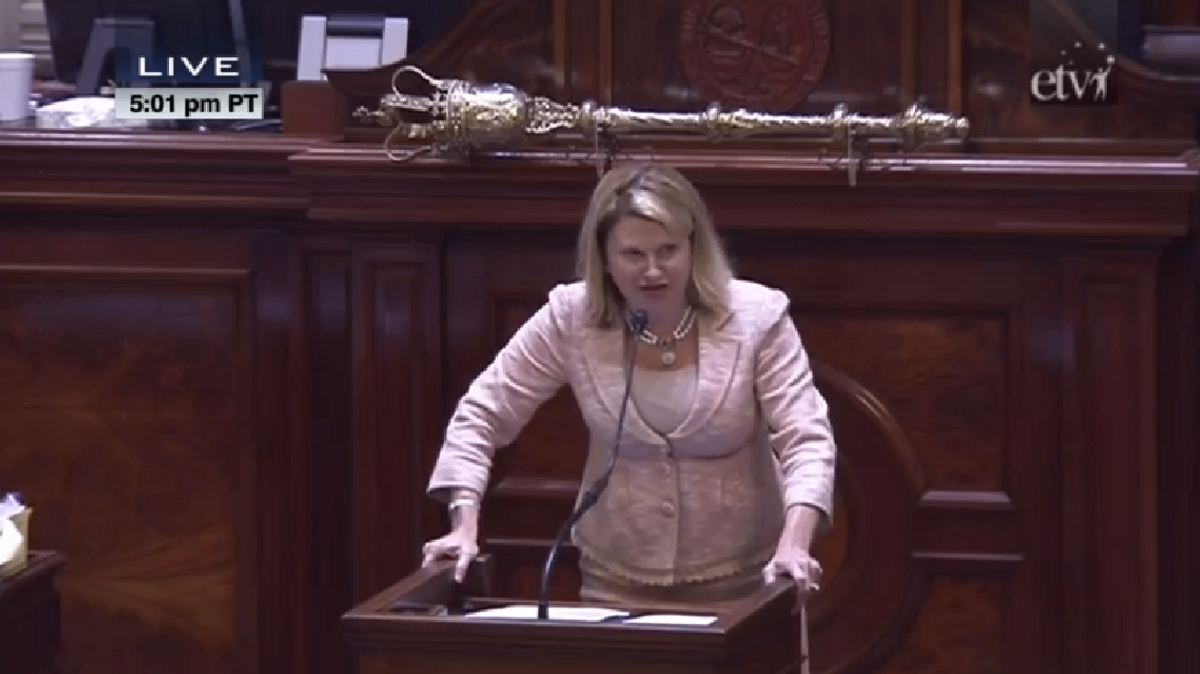 After a tension-filled session early Thursday morning, the State House of Representatives voted 94-20 in favor of removing its Confederate flag from the premises of the South Carolina State House.

One of the House's emerging heroes this morning is Rep. Jenny Horne who issued an incredibly impassioned and tear-filled plea on the state House floor, calling for the immediate and "swift" removal of the flag.

"I cannot believe that we do not have the heart in this body to do something meaningful, such as take a symbol of hate off these grounds on Friday," Horne said during one particularly emotional moment in the speech. "If any of you vote to amend, you are ensuring that this flag will fly beyond Friday. And for the widow of Sen. Pinckney and his two young daughters, that would be adding insult to injury, and I will not be a part of it."

Horne, who later identified herself as a "life-long South Carolinian" and "descendent of Jefferson Davis," said she simply had had enough of the "heritage debate."

"That does not matter," she bellowed. "It’s not about Jenny Horne. It’s about the people of South Carolina who have demanded that this symbol of hate come off of the statehouse grounds."

For the mic drop, Horne concluded: "This issue is not getting any better with age." She was greeted with a rumble of applause and a bunch of hugs from her colleagues.

Watch the clip courtesy of C-Span below: