Patterson Hood on the Confederate flag, Southern heritage and slavery: "When our kindly Grandpa says 'states’ rights,' that’s the 'right' he’s talking about" 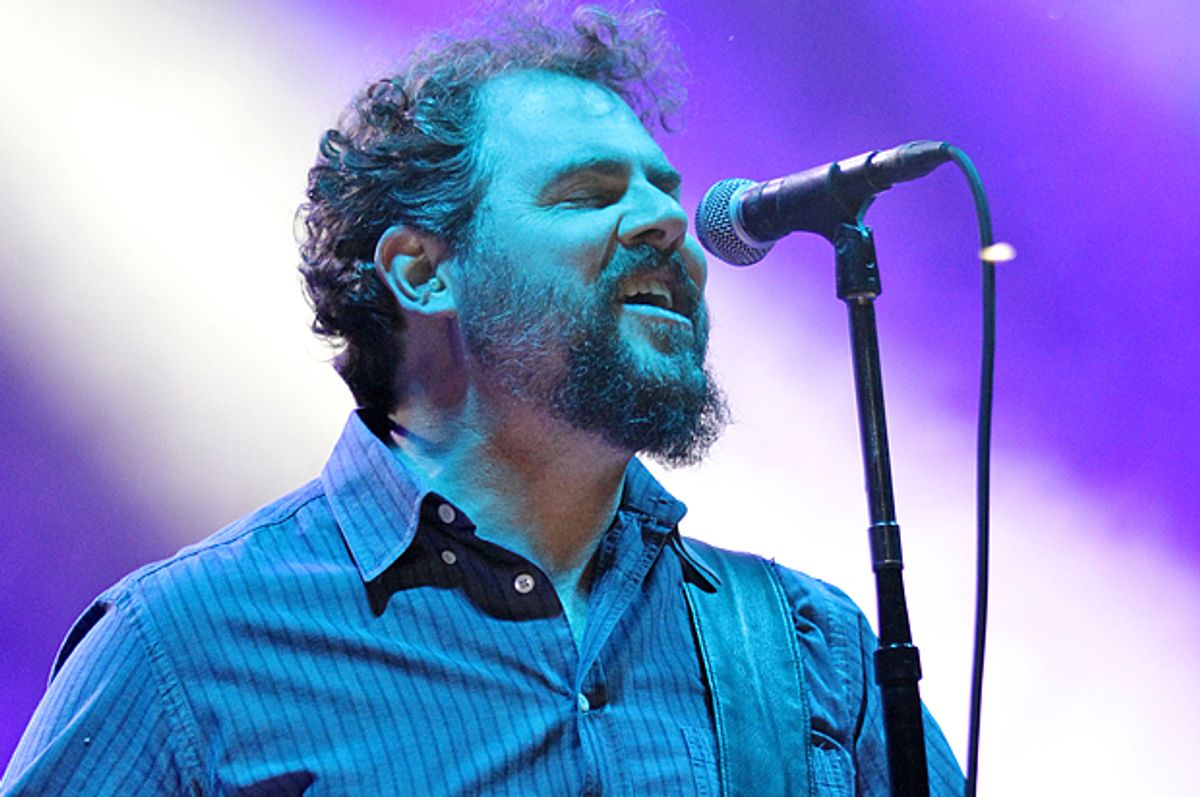 In a reflective op-ed published in the New York Times today, Drive-By Truckers frontman Patterson Hood writes about growing up in Alabama with a Civil Rights-embracing Muscle Shoals studio musician for a father and grandparents who romanticized their ancestors' Civil War, believing slavery had nothing to do with their family's fight. "Such is the storytelling that pervades the Southern character," Hood writes. "The South loves myths and legends, and while they may have roots in the truth, they often overlook certain complexities. We raise our children steeped in 'Gone With the Wind' folklore and pretend that all the things we saw in '12 Years a Slave' didn’t happen."

When Drive-by Truckers wrote and recorded their most famous album, the concept work "Southern Rock Opera," part of the narrative, Hood writes, "wrestled with how to be proud of where we came from while acknowledging and condemning the worst parts of our region’s history." And they made a conscious effort to not include the Confederate flag — but it ended up coming to them instead:

It was only later, when we started playing songs from the album at shows, that we noticed that fans were bringing rebel flags and waving them during a song called “The Southern Thing.” The song was written to express the contradictions of Southern identity .... Instead, people were treating it as a rallying cry. I’m still grappling with how easily it was misinterpreted — and we rarely play it today for that reason.

It was around that time that I began paying attention to the flag flying at courthouses and state capitals. I started hearing things like “heritage, not hate” from people who were perhaps well-meaning, but were nevertheless ignoring the fact that their beloved Southern Cross flew at Klan rallies — that it was a symbol for a war fought on the principle of one man owning another. Let’s pause to think about that one for a moment: one man owning another. When our kindly Grandpa says “states’ rights,” that’s the “right” he’s talking about. Unfair tariffs? Many of the soldiers in the Civil War probably couldn’t spell “tariff.” But they certainly knew that the South’s economy and very way of life was built upon the backs of men, women and children of color.

Read the entire essay, "The South's heritage is so much more than a flag," here.