Back in the real world, Washington's innovative program for adolescent youth has cut down on unplanned pregnancy 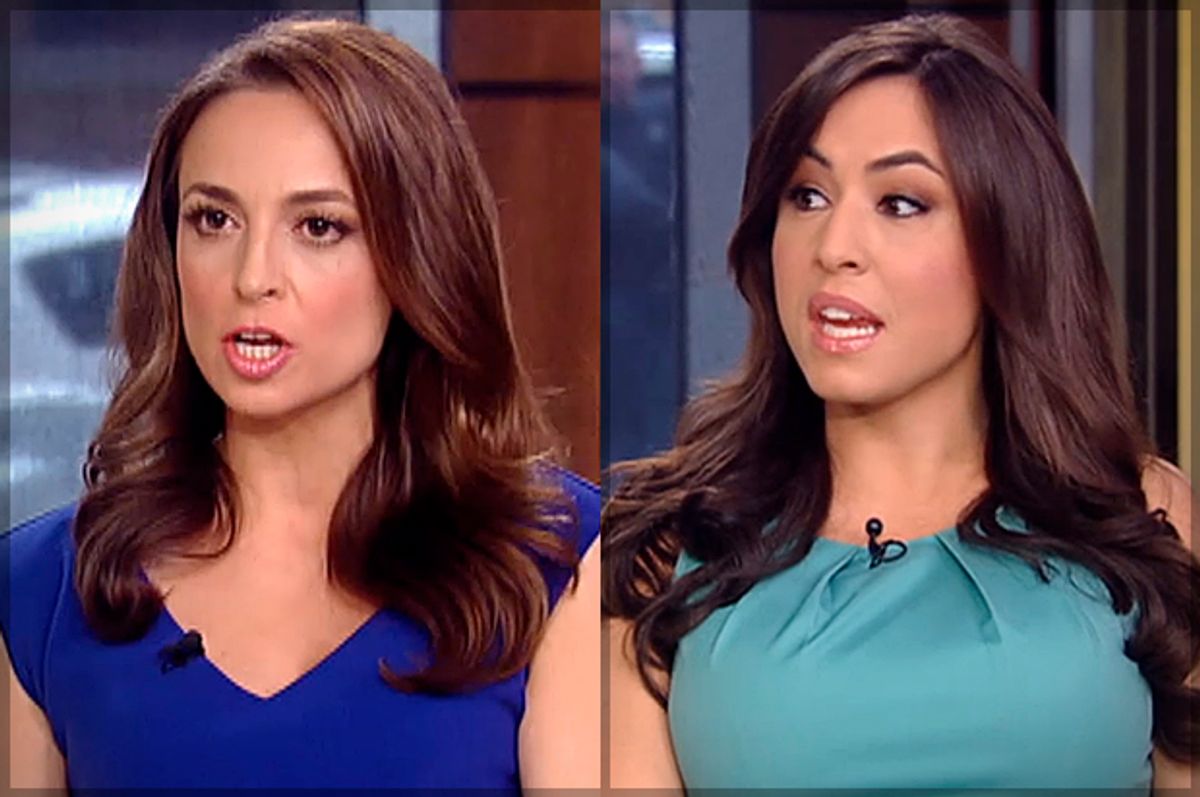 Fewer pregnant teens, fewer abortions, fewer unwed mothers, fewer single-parent families on welfare, more balanced state budgets. Sounds like a set of goals that should be common ground for anyone who cares about America’s future, right?

Apparently not. Fox News, Breitbart and other right-leaning news outlets showed their non-patriotic non-loyalty to the Red, White and Blue this week by assaulting a Washington state program that helps to make these broadly American objectives a reality.

In King County, home of Seattle, an innovative public-private partnership brings adolescent health services to youth where they are — in schools. Since the top reason girls drop out of high school is pregnancy, on-site clinics in Seattle high schools have long included family planning services, and Washington voters have long defended teen access to care, whether or not young people have supportive parental adults they can turn to for help.

Since 2010, a model program developed by Neighborcare Health and adopted by other primary care providers has applied “medical best practices” shown in Missouri and Colorado to dramatically decrease teen pregnancy. This includes on-site provision of top-tier IUDs and implants that are endorsed by the American Academy of Pediatrics and the CDC as the first line of contraception for sexually active teens.

School-based clinics that provide reproductive healthcare have been around for a quarter of a century and span the globe from Cape Breton, Nova Scotia, to Cape Town, South Africa.  The Washington program has backing from public health authorities and educators and state law. But that hasn’t prevented a chorus of inane formulaic screeching about mythical 11-year-old sixth-graders sneaking behind the backs of their otherwise doting parents to get “dangerous” IUDs, “gynecological procedures” and “invasive contraceptives” from unqualified government bureaucrats.

By design, media hype generated by Fox and similar outlets requires little basis in reality. (If only the story had broken in June, the Fox lineup could have included Bristol Palin touting the virtues of abstinence, which works — don’t you know — 100 percent of the time.)

Conservative commentators appear not to care that their mascot, the 11-year-old IUD seeker, hasn’t shown up once during the past five years of service. Nor do they care that real teens who do exist have received the best family planning care available, stacking the odds in favor of their education, their dreams and their future families. Rather, commentators, including Penny Nance from the fundamentalist Christian group Concerned Women for America, used misleading shock headlines as an opening to rant against government overreach and parent rights.

Meanwhile, in the real world ...

In reality, the highly trained professionals in Seattle’s school-based clinics include parents where possible. In an article published this spring, one provider told a University of Washington researcher, “We decided we should probably focus on parents in implementing the services and doing LARCs [long acting reversible contraceptives] with students who really want to do it, and who are well educated about it, and also with the support of their families.” Clinicians routinely ask students if they have told their parents about a visit, when they think they might tell their parents, and how the clinic can support them in that process, even facilitating family discussions

But as in half of American states, Washington allows adolescents to seek reproductive healthcare independently, recognizing that sometimes parents are too addicted, mentally ill, abusive or estranged for teens to feel safe involving them. With young teens, conversations about sex and reproductive health can be particularly delicate. The younger the teen, the more she likely needs parental support, but also the more likely any sexual activity is actually sexual abuse. If Fox’s mythical 11-year-old were to seek an IUD alone, her presence at the clinic would raise red flags for all around her, and any provider or educator with evidence of sexual abuse would be in a mandatory reporting situation with a legal obligation to contact authorities. Rather than estranging young children from caring, protective parents, the goal is to create an additional safety net for children who may be sexually abused, so that they can be identified and helped.

Nonetheless, for some Bible-believing fundamentalists, Washington’s consent law is proof positive that parent rights are under threat. Given that the Bible endorses the Iron Age view that children are literally chattel belonging to their fathers — that parents have the right to sell their children into slavery, give them in marriage, send them into wars, or even sacrifice them — they may be right. Usually the interests of parents and children align, but not always. When they don’t, fundamentalist Christians seeking “religious freedom” have shown a distressing willingness to put parent rights above child wellbeing, even to the point of medical neglect and death.

America’s epidemic of teen moms mired in poverty is no accident. In state after state, conservative politicians in the thrall of the religious right have obstructed or destroyed programs that drive down unwanted pregnancy and abortion and welfare dependency, including a much touted Colorado program during which teen pregnancy dropped by 40 percent.

Sex columnist Dan Savage, in an article titled “Republicans in Colorado Vote for More Abortions,” says the pattern points to only one conclusion:

Conservatives will drive up the abortion rate and happily kill all the babies if doing so will stop people—young people, poor people, unmarried people, gay people—from enjoying"consequence-free sex." Because it's sex that they hate. It's sex for pleasure that they hate. They hate that kind of sex more than they hate abortion, teen moms, and welfare spending combined. [revision in original]

Commentator Amanda Marcotte concurs, “Conservatives are willing — eager, even — to keep the teen pregnancy rate sky high on the slim hope that doing so might scare someone, sometime out of having sex.”

It’s getting hard to come up with an alternative hypothesis. But if recent advances in queer rights and marriage equality are any indicator, the general public is finding conservative Christianity’s obsession with traditional patriarchal privilege and sexual entitlement increasingly wearisome and offensive. That includes the obsession controlling who has sex with whom.

Regrettably, the price for conservative Christianity’s obsessive obstructionism largely gets paid, not by old white men with a death grip on tradition, but by young brown women and their children. In the absence of comprehensive sex ed and excellent accessible contraception, early, unsought pregnancy fuels high-school dropouts, poverty, deteriorating public health, domestic violence and the need for abortion. It stretches family budgets and public resources to the breaking point and beyond.

Young women and men who can finish their education and get settled before launching into parenthood are more likely to prosper and thrive — and so are their children, and even their grandchildren. But until now, unsought pregnancy in the U.S. has been a tough challenge to solve. Half of U.S pregnancies are unintended. Among single women under the age of 30, that rises to 70 percent, and among teens it is over 80 percent. For more than a generation, America’s teen pregnancy rate, the highest in the developed world, has been a national disgrace.

Now, finally, successes in Missouri and Colorado point to a path forward, which Seattle’s Neighborcare has adapted for school-based clinics. The key appears to be a technology shift from every-day and every-time birth control methods to long-acting error-free technologies for all who want them, made accessible via updated medical care and counseling.

All of these steps are practical refinements of prior medical practices. But to read the conservative press one might think they were part of a newly unearthed nefarious plot to increase teen promiscuity and drive a wedge between parents and young adults. No credible evidence exists to support either of these fears — but, then again, who needs evidence when rabbit-hole reasoning will suffice.

In contrast to conservative detractors, public health advocates are thrilled with the changes because unplanned pregnancies increase complications for mother and baby. So are educators, because almost a third of girls who drop out of school say they did so due to parenthood. So are child development specialists, because children who come into the world when parents feel ready are less likely to suffer adverse events that literally damage the developing brain. Families do best when young people get to finish growing up before becoming parents and when babies are born to parents who feel ready to kiss their toes.

If we really care about babies and teens and all the fabulous stages of childhood in between, perhaps it’s time to meet conservative outrage with some compassion-driven outrage of our own!

I, for one, am proud to live in Washington. In Washington we take care of our teens when their parents can’t or won’t. In Washington, generations of voters have fiercely defended the legal right of young people to seek whatever help they may need. In Washington brave nonprofits provide the state-of-the-art care even when it creates an uncomfortable media ruckus. In Washington, taxpayers and parents and neighbors and educators and clinicians together form the village that helps young people to care for themselves and graduate and pursue their dreams.