Out of ideas -- and truthfully, the race -- a desperate Huckabee camp recycles a fear-mongering classic 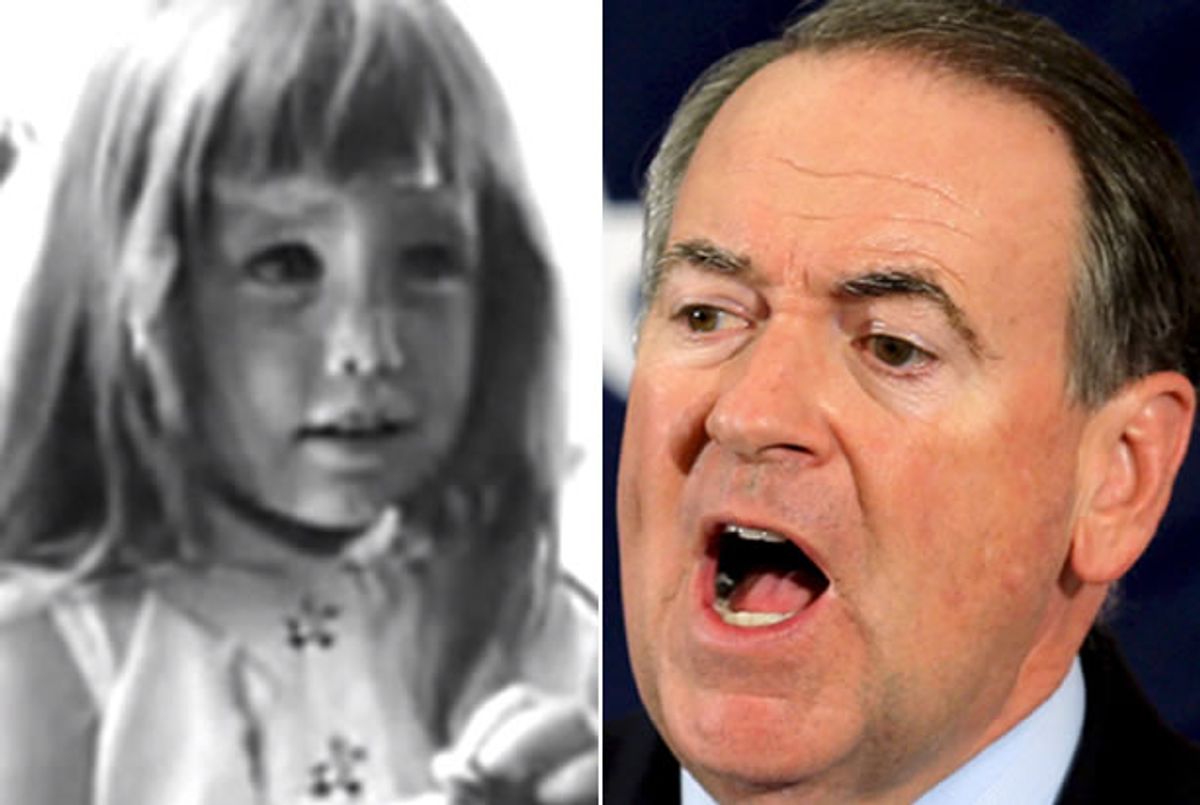 Donald Trump isn't the only GOP presidential hopeful who believes he has a handle on nuclear talks with Iran -- although his idea is a little less dated than that of former Arkansas Governor Mike Huckabee, whose campaign basically just re-released one of the most famous political advertisements in American history with a slightly altered credit roll today.

The "new" spot is the infamous "Daisy Girl" advertisement credited with helping Democrat Lyndon Johnson crush reactionary conservative Barry Goldwater in the 1964 presidential election. The campaign acknowledged as much when -- in what is surely a coincidence -- right as the nuclear detonation occurs the words "Courtesy Democratic National Committee" appear in the lower left of the video: The screen then fades to black, and the advertisement informs viewers that "a threat to Israel is a threat to America," and implores them "stand with Israel" and "reject a nuclear Iran" by signing a letter to Secretary of State John Kerry available at Huckabee's campaign website.

Students of history will recall that in light of the public outcry that followed the first and only airing of the spot, the Johnson campaign immediately pulled it. Jack Valenti, one of Johnson's special assistants, claimed that pulling the ad "showed a certain gallantry on the part of the Johnson campaign" -- a characteristic that Huckabee's fear-mongering, Islamophobic campaign is sorely lacking at the moment.

Watch the entire ad via Mike Huckabee for President below.