"Some of them asked if the slaves got paid": True stories from a former plantation tour guide 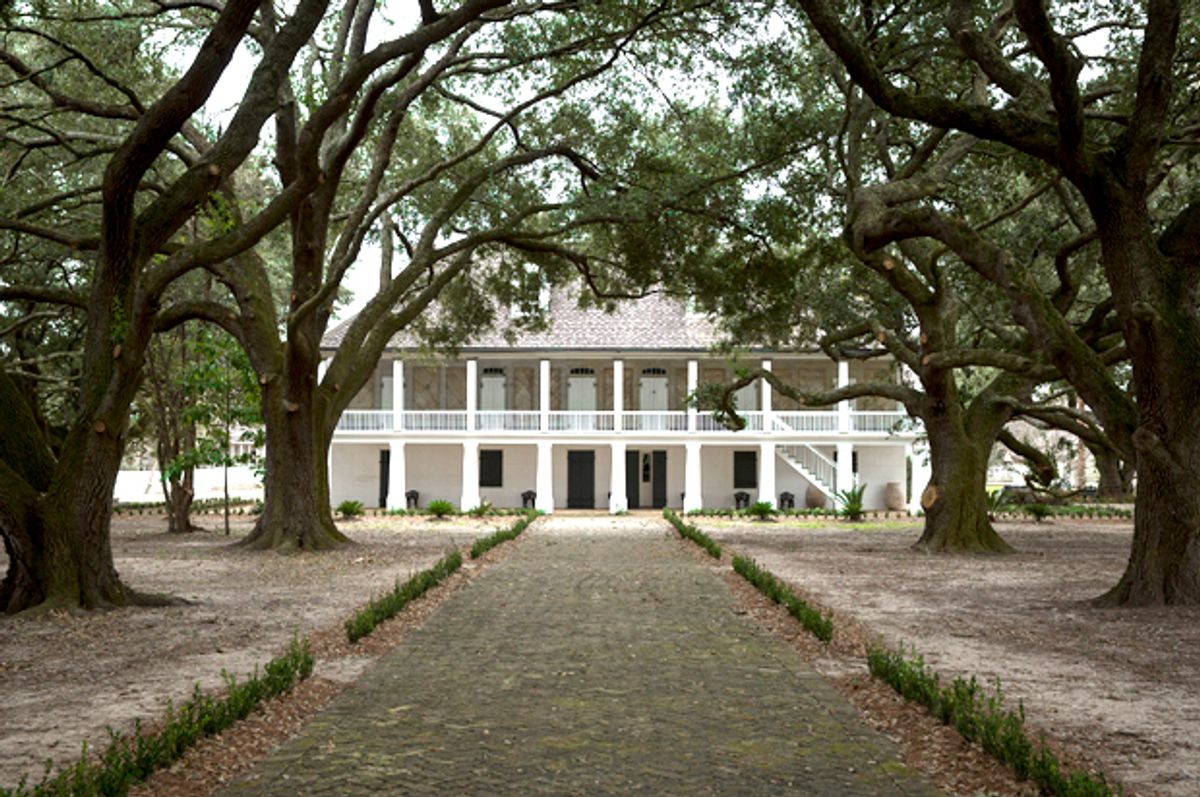 After more than 50 years of defiance and another 13 hours of legislative debate, the Legislature of South Carolina decided early on Thursday that it would finally remove the Confederate battle flag from the Statehouse grounds in Columbia. And while the fact that it took the slaughter of nine innocent human beings in order to spur South Carolina to make this symbolic move should not be forgotten, there's no doubt that millions of Americans alive today never imagined they'd live to see the birthplace of the Confederacy lead the charge to shake off an understanding of Southern heritage that placed the defense of white supremacy at its very center. The gesture is therefore something of a rarity — at once insufficient and no small thing.

Unfortunately, while shearing the flag from South Carolina's official grounds has not met with overwhelming resistance, public opinion polls show that the clear symbolic meaning of the flag — a defense of white supremacy and a rebuke to both abolition and the civil rights movement — is still not understood by the majority of Americans. In fact, according to Gallup, no fewer than 78 percent of Republicans cling to the myth of the flag as a sign of Southern pride. A stubborn resistance to change no doubt influences much of this population, as well as a significant amount of lingering prejudice. But it's likely that pure ignorance is playing its role, too.

That's certainly the impression you get while reading this recent, fascinating Vox essay by Margaret Biser, a former tour guide at a historical plantation in the South and the creator of the both hilarious and horrifying Af Am History Fail Twitter account. In her essay, Biser lays out some of the more common misconceptions about slavery that she would encounter in her work. You might expect that white tourists (or "guests") were responsible for some of the most perplexing questions, but you will probably be surprised by how often these guests were not being obtuse about their own history, but actually didn't know.

Recently, Salon spoke over the phone with Biser about her column and her experience as a historical guide through one of American history's most painful and difficult chapters. Our conversation is below and has been edited for clarity and length.

Yes, there's been surprisingly very few trolls. I've been so lucky, I think, to not get a ton of negative responses either over the year that I've been using Twitter for this or even on Reddit. There's surprisingly few negative reactions -- at least that were visible to me.

You note in the essay that guests would frequently misunderstand what it was like to be a household slave. Were there other common misconceptions?

One theme that came up with some regularity was that folks would assume that since so-and-so was very wealthy, he was probably pretty good as a slaveholder to work for. The angle that they were coming from — and I think this is something that they were taught, not that they came up with — was that if a person had the means to "care" well for enslaved people, then that's what they would use that money for. In some ways, that's such a sweet, naive thing to think, right?

The rich slave owner as a benevolent patron is this stereotype that people have been taught without realizing it. It's so weird to think that a rich slave owner would be nicer to work for. If you think about the bigger companies today, they're usually the worst to their employees. It's so backwards. It's almost tantamount to saying that rich people are nicer, and then, the converse, that poor people are meaner. It's such a weird thing.

It definitely makes it sound like the relationship was far less about domination than was the case.

Almost all the misconceptions that I encountered were ones that made white people look less culpable, whether the person meant anything by it or not. Some of them asked if the slaves got paid. That wasn't a terribly common question, but it made it sound like the slave-master relationship was transactional, that the slaves had more agency in choosing that transaction than they did. They definitely had agency in their response to it and in their own personal lives, but they did not decide they were going to be enslaved by these people. It made the master look better to talk about slaves getting paid.

Were there ever any factoids or visuals you'd show people that would seem to register in a more visceral way, maybe bringing down some walls?

Absolutely. We had a replica slave cabin built out of authentic materials, which included clay, mud, animal dung, unfinished wood. It had a dirt floor, basically, and it just looked so awful visually, it made such an impact for a lot of guests. It looked so shitty, people would just be emotionally affected by it; and that's before you'd even start talking about how many people's bodies were crammed into it at night.

Sometimes folks would be affected to learn that house slaves were expected to sleep beside their master's bedroom, like a freakin' pet, almost. They were there to take care of the owner's chamber pot, or bring him a drink of water, or bring him their blankets. It just seemed horrible to have this 24-hour-a-day service. And of course for women, having to lay outside the master's chamber is not exactly a safe thing for them. It's just really horrendous.

About the reality of sexual assault — how did guests respond when that came up? It's such a big part of our history, yet, for whatever reason, it's a reality of slavery that still is kind of neglected by the mainstream.

I think that many folks have a vague sense — and they probably can't even tell from where — that sexual assault was a big issue for slave women. I wouldn't say they're surprised by it, but I would say that they often sort of forgot about it. It was in the buried recess of their memory. I'd say something like, "Think about it. This slave woman is in this home. She's not, at this point, legally allowed to raise a hand against any white person, let alone the person that legally owns her. Think about that." And then, folks would be like, Ohhh, goodness. I think a lot of people just think of slavery as really hard work, and not the psychological aspects, or the control aspects, or the moral aspects.

Was there any other frequent breakthrough moment?

The last big thing that I remember folks being really emotionally impacted by is [seeing] a full inventory of everything these slave owners owned: the horses, the silver, the books. And then, of course, the slaves were listed, and they were listed by their names with their prices beside them. Some of the slaves were evaluated very highly, and some of the slaves were evaluated very lowly. I remember, in one of these people's plantation inventories, there was this elderly woman that in one year's inventory was worth a certain amount of money. And in the next year's inventory, she was worth zero. She had zero value, literally, in the eye of the law.

The whole concept of people as property is not something that speaks to us today because we don't have a ton of analogies for that. But that was very impactful for the guests.

You mentioned in your essay that there was a generational difference in people's responses. How stark was it?

I wouldn't say it was too stark. By and large, it would probably be fair to say that younger people were more receptive to hearing about African-American history. A lot of white folks in their middle age were excited to hear a tour with presentations that focused on slavery because they realized they didn't get that growing up. Others would act kind of annoyed, as though we're throwing a bone to political correctness by going on a tour about slaves, not treating it as real history.

Did some white guests treat you differently than they treated your African-American co-workers?

In some ways, yes. In broad strokes: I got the sense that, sometimes, guests were more afraid to ask probing questions of African-American interpreters because they were afraid of offending them, or they didn't want to get into an argument with them, whereas they felt perfectly free to get into an argument with me. I think sometimes these guests assumed that, since I was white, I would be on their side more if they were about to say something insensitive — because they were "my" people, or whatever.

What were some pop culture reference points that guests, especially guests who were being combative or resistant, would commonly cite?

The biggest and most obvious one is "Gone With the Wind." The image of the Southern Belle as this really admirable thing; of the "helpers," aka slaves. Other things: Especially when we're talking about household slavery, people would make reference to "Downton Abbey." But "Gone With the Wind" was really the big one.