"If the caucus were held today, he'd probably come out on top," Tea Party Congressman says of The Donald's surge 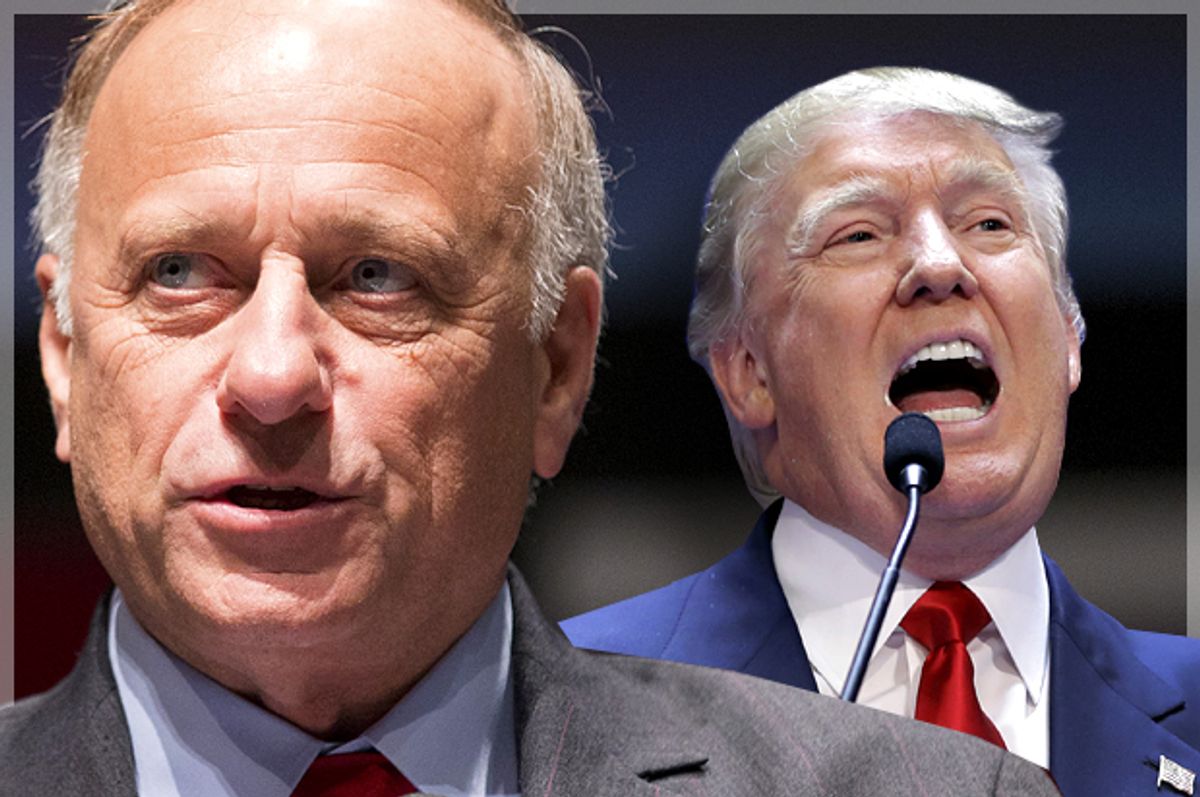 Steve "Cantaloupe Calves" King thinks that Donald Trump is just the man to win over the Republican primary voters of Iowa.

"They know what's right," the ultra-conservative Republican congressman said of Republican Iowa voters in an interview with the National Journal. "What's right is not to grant amnesty to reward people for breaking the law." Trump comes in second in the most recent poll of Iowa voters.

"He's riding a good wave and right now if the caucus were held today, he'd probably come out on top," King said.

King can most relate to the seemingly endless amount of negative backlash that Trump's offensive comments about Mexican immigrants has garnered. The Tea Partier endured a barrage of backlash after he told the conservative outlet Newmax.com in 2013 that he was tired of the depiction of young undocumented immigrants, who would benefit from measures like the DREAM Act, as hardworking students instead of the drug smuggling criminals they really are. “They aren’t all valedictorians. They weren’t all brought in by their parents,” King argued.:

For everyone who’s a valedictorian, there’s another hundred out there who weigh a hundred and thirty pounds—and they’ve got calves the size of cantaloupes because they’re hauling seventy-five pounds of marijuana across the desert. Those people would be legalized with the same act.

In subsequent interviews defending his original assertion, King dug himself an even deeper hole:

We have people that are mules, that are drug mules, that are hauling drugs across the border and you can tell by their physical characteristics what they’ve been doing for months.

King even brought the lunacy to the House floor:

Increasingly, the higher value drugs—heroin, methamphetamine, cocaine in some form or another—are being strapped to the bodies—sometimes of young girls, teen-age girls.