Yet again, a great sketch finds itself on the "SNL" cutting room floor 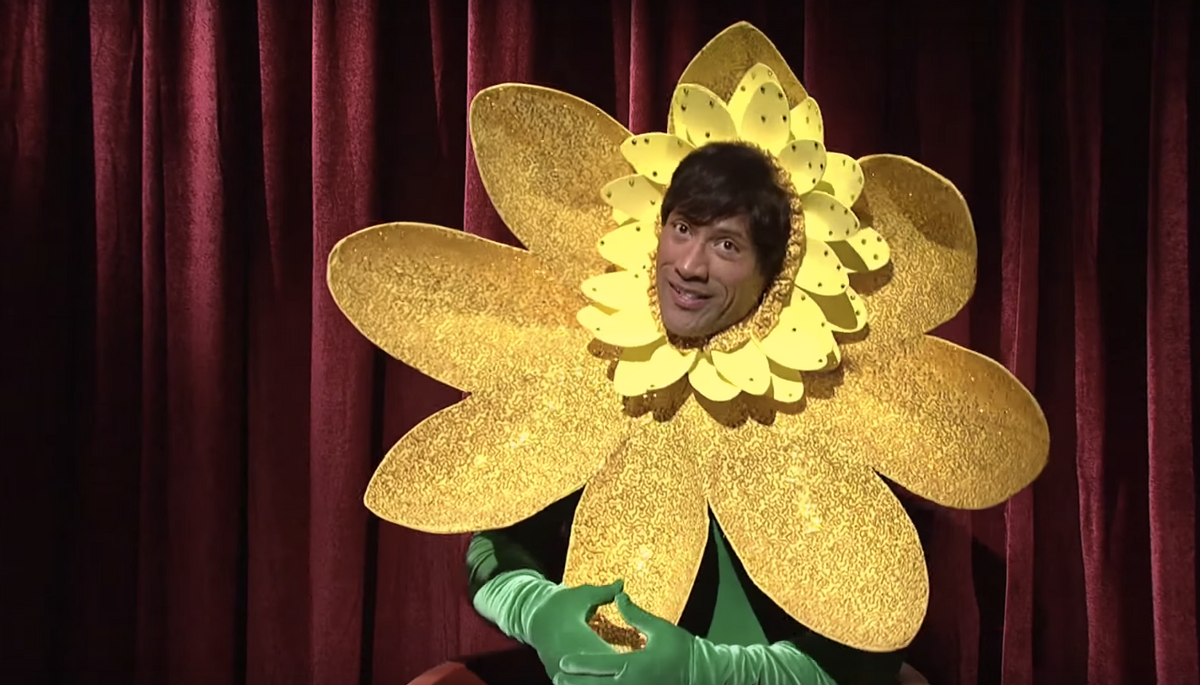 Sometimes the best "SNL" sketches are the ones that never make the air. We learned this back in 2014 with a "cut for time" Twitter musical with a special cameo appearance from President Obama. And we're reminded of it yet again with "Dance of the Daisies" today.

The sketch, axed from Dwayne Johnson's episode of the season 40 program and brought back from the dead by Mashable, features the beloved actor and human cod-vacuum in a talent show of sorts.

Johnson stars in the production as a daisy dancer. The role, and all the vulnerability that it demands, prompts him to question his place in the universe.  "Is this dumb? Is this sooooo dumb?" we hear his subconsciousness ask. Later: "My penis is so ashamed right now. It has crawled up and into my body."

Misery loves company, and Kenan Thompson, Vanessa Bayer and Aidy Bryant join him on stage to have an existential moment of their own.

Watch below courtesy of Mashable: