"Every Single Word Spoken by a Person of Color" has gone viral: Will anything in Hollywood change? 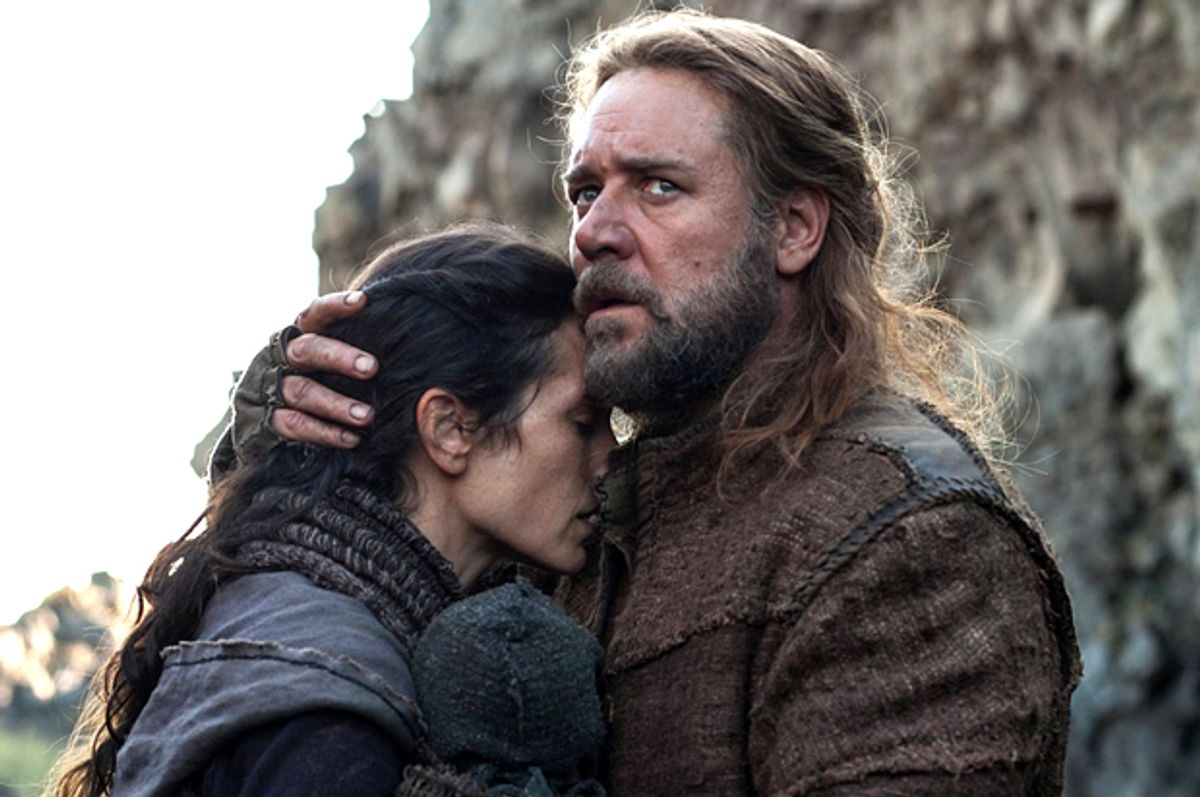 Everyone is talking about “Every Single Word Spoken” on Tumblr. Brainchild of actor Dylan Marron, the site shows us Hollywood films edited down to only the lines spoken by people of color. The results are woefully stunning: after Marron has taken his scissors to them, mainstream films are left with run times of about 40 seconds. Many are considerably shorter — barely long enough for the single character of color with a speaking role to say: “Excuse me, could you repeat that?”

At first mention, Marron’s shortened versions of mainstream films might seem related to “Sweding,” the charming ploy invented by two video store clerks played by Jack Black and Mos Def in 2008's "Be Kind, Rewind." After the bumbling pair accidentally erases the store’s entire inventory of films on VHS, they fulfill their customers’ PG-13 requests by reshooting them with a hand-held camcorder, and playing all the roles themselves. The “Sweded” versions are a lot shorter than the originals. Yet not only would all 102 minutes of "Be Kind, Rewind" remain largely intact if they were Marronated, so to speak, but so would its “Sweded” versions of "Ghostbusters," "Rush Hour" and "Robocop," because Mos Def is in every scene. Subtly, "Be Kind, Rewind" forces audiences to see the culturally normative — hence, largely invisible — practice of white-casting by revising major Hollywood pictures to include an African-American man as its heroic lead (and co-star, and supporting actor, and even Second Man in Car).

In their original forms, the main ensemble of "Ghostbusters" did feature a black actor. "Rush Hour," too, and "Robocop." Nobody denies the existence of speaking roles for people of color. And to be fair, it must be noted that some of Marron’s examples, such as "Moonrise Kingdom," are ringers. Nobody goes to a Wes Anderson film expecting to see anything but a pallid cast straight from Edward Gorey shellacked in Easter pastels. Likewise, you’d have to be seriously misreading the program if you decide to watch the “Madea” franchise expecting to see anyone but Tyler Perry playing all the parts. It is also true that Denzel Washington and Will Smith have actual careers, and Halle Berry and Octavia Spencer have won Oscars. But in the same way that ordinary people of color still struggle against racism despite the fact that Obama sits in the White House, a few glorious exceptions do not prove the rule. Racism did not magically disappear from Hollywood because Lupita Nyong'o won an Academy Award for her role in "12 Years a Slave." This racism is what Marron succeeds in revealing: his edits force us to face the degree of systemic exclusion for people of color working at the ground level, who need acting jobs to pay the bills.

The Marronated versions of prestige films bring all of this into focus. Watching his version of 2014's "Noah" is a revelation. Starring Russell Crowe, "Noah" opens with a shot of an arid, melancholic landscape as the words "Every Single Word Spoken by a Person of Color" appear onscreen. The musical score deepens and rises, signaling that an Event is about to occur … and then it ends.

Let me get this straight. The story of Noah — he of the antediluvian Ark in ye olde Biblical times, this being millennia before Whiteness emerged as a cultural construct founded on the basis of territorial expansion, military conquest, and economic interests — could not be told unless every single Sodomite and Gomorrhan remained stunned into muteness in the face of God’s wrath? They couldn’t utter a single word, not even, “Ho there!” or “Whoa, horsey”?

It's been seven years since the last time the lack of speaking roles for persons of color was so devastatingly exposed. The previous vehicle was "Tropic Thunder,"a 2008 spoof about the men who attempted to make a movie about a rescue mission undertaken during the Vietnam War. Robert Downey Jr. plays Kirk Lazarus, a blond Australian actor who undergoes a “skin-darkening procedure” in order to portray an African-American character, Sergeant Lincoln Osiris. Lazarus’s politically-incorrect embrace of faux “trans-racialism” so irritates the actual African-American actor, Alpa Chino (played by Brandon T. Jackson), that he finally blurts out: “Why am I in this movie? Maybe I just knew I had to represent, because they had one good part in it for a black man and they gave it to Crocodile Dundee.” Later on, still in character as the black sergeant, Lazarus passes himself off as a Vietnamese rice farmer who only speaks Mandarin.

To rewind: an American actor (Downey) plays an Australian actor (Lazarus) playing an African-American soldier (Osiris) playing a linguistically-confused Asian peasant. That performance should have earned Downey an Oscar, but there was no chance of that ever happening for a nesting-doll role that gleefully spoofs colonial conquest by affirming the universality of the white male, who inhabits the skins of Others as if they were costumes and sees nothing wrong with it.

But the real question is this: do the people in the audience see anything wrong with it? Well, how could they, given the way viewing habits have been trained? Among Marron's various examples, the most troubling are films aimed at children still young enough see the world anew. Instead, they are being shown a retrograde vision of Whiteworld, even when the film falls under the genre of fantasy. Inadvertently, "The Fault in our Stars" (42 seconds of lines, spoken by a single character) and "Maleficent" (18 seconds of lines, spoken by a single character) reveal more than just the pure silencing of people of color: they expose the surprising alignment of pop culture with political power in order to maintain financially self-interested norms. Scrape away the hysterical squawking by right-wing pundits about "Hollywood liberals" promulgating "gay agendas," and it becomes apparent that the bare bones of the pop culture machine are politically conservative.

It is thus held out as progress that the One Black Guy-per-film rule is now sometimes a woman, and everybody applauds. The forthcoming all-female reboot of "Ghostbusters" features one black actress ("SNL"'s Leslie Jones) in the main ensemble, for example. But it is still just one — rarely two, thus hardly ever written to converse with another character of color, never challenging the status quo or critiquing her position in the world. (Intersectional feminism exists for a reason; many of these films would fail the Bechdel test, too.)

The bigger the film's budget, it would seem, the less likely people of color are to have more to say.  There is only one explanation for this continuing state of affairs. There is no way to say it nicely, so “Every Single Word Spoken” shows us instead.  The silence continues to be deafening. Vox populi, vox dei: Will audiences demand change? If so, when?