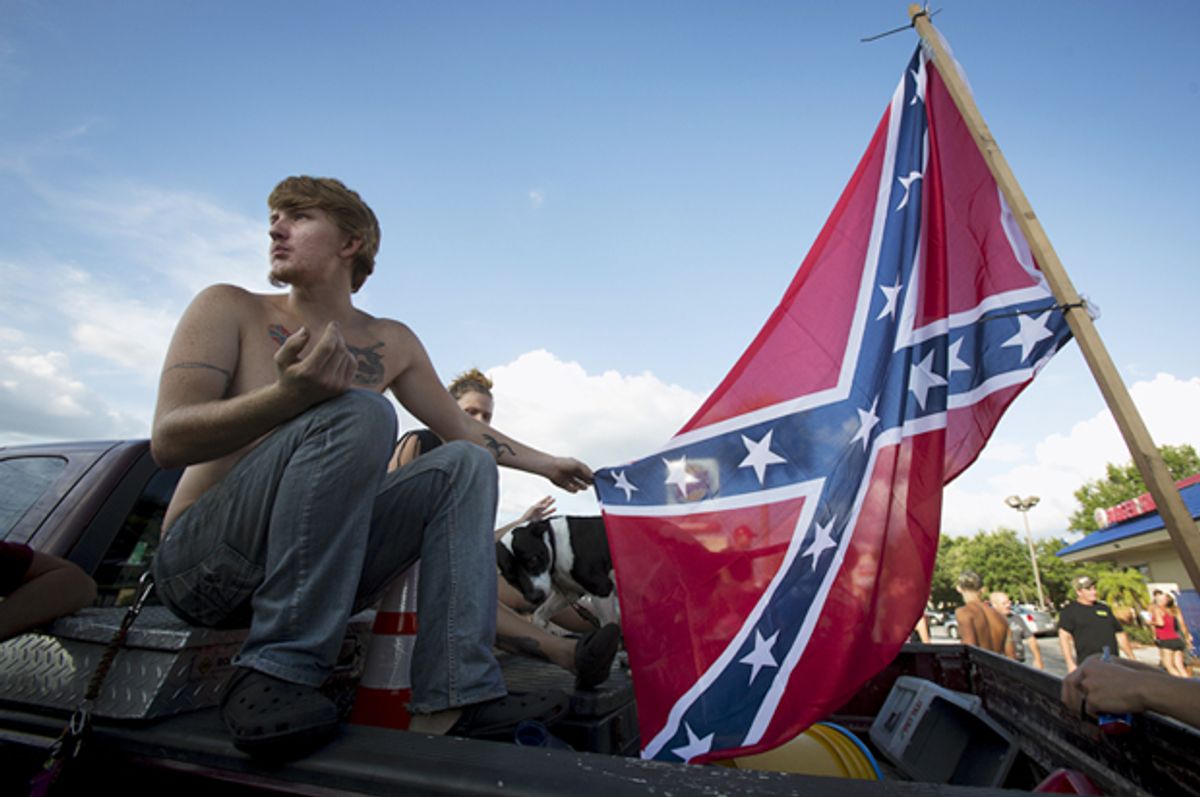 What brings about change for the better? If only we knew.

Hoping to do so, I recently published an article here about the Confederate flag.  Invoking words that Frederick Douglass wrote immediately after the Civil War and then during the rise of the Ku Klux Klan, I argued that any display of the Confederate flag “was a hate crime and should be punished as such.”

My hope was to reframe a conversation. Discussion of the Confederate flag controversy should focus on hate, I believed, not on “heritage.”

Frederick Douglass, who often changed his position, was just as often accused of “inconsistency.” In reply, he answered that true consistency “consists not in being of the same opinion now as formerly, but in a fixed principle of honesty, even urging us to the adoption or rejection of that which may seem true or false to us at the ever-present now.”

In that spirit, I now freely admit that my former opinion was wrong about two very important matters.

First, although hate is indeed the key issue here, I was entirely wrong to assert that display of the flag should be “considered a hate crime and punished as such.” That goes against my own belief in free speech as protected by the Constitution. More important, it also goes against Frederick Douglass’ beliefs. As he once famously wrote: "To suppress free speech is a double wrong. It violates the rights of the hearer as well as those of the speaker."

Second, if hate is the key issue (as I still believe it is), then throwing a rock into a hornet’s nest is not the way to diminish it. To judge by many of the comments the piece sparked, my piece was more successful at producing hate than defeating it.

Calling display of the flag a “crime” actually distracts us from the core issue – the meaning of the flag itself. Many defenders of it insist that it innocently stands for all the good things about the South. They believe that on their own front porch, or on their own car bumper, it has nothing to do with the South’s long history of racial oppression – nothing to do with slavery, the Ku Klux Klan’s reign of terror, and Jim Crow segregation laws.

That’s wrong. You can’t pluck out the thread of that history without unraveling the whole thing.

Anyone who doubts this history should read Ta-Nehisi Coates’ excellent article in the Atlantic, in which he quotes many distinguished Southern leaders as they celebrate and defend it.

It’s important to remember that Frederick Douglass himself held one aspect of Southern character in high regard: its commitment to the virtues of honor and courtesy. And to this day, just about any white person from the North who travels South will pretty quickly feel a humiliating sense of the inferiority of his or her own manners.

If Frederick Douglass were alive today, he probably would not call the display of the Stars and Bars a hate crime.  He would be more likely to ask Southerners to search their souls and ask themselves if this flag really symbolizes all that is best about the South and its heritage, including its belief in honor and courtesy.

But, I must add, Douglass would also remind all American citizens that the very question of how best to bring change for the better was debated after the Civil War. Those who counseled that the rebels should be forgiven, and that the North should adopt “a more lenient and loving policy,” won the debate.  Foreseeing the effects of a more lenient policy on the millions of African-Americans living in the defeated states – foreseeing the lynching, the disenfranchisement, the virtual enslavement of the sharecropping system -- Douglass disagreed:

“In re-investing [the Confederate states], as we did before the blood of a quarter of a million victims had been washed from their felon hands, with all the political rights they had so clearly forfeited, we foolishly threw away the glorious opportunity we had of rendering ‘treason odious.’ We made it instead not only safe but honorable, and loyalty a virtue not worth encouraging.”

One hundred and fifty years later, does the Confederate flag still make that treason and that disgraceful history of racial oppression “honorable” in the eyes of many Southerners? I suspect that it does.

What, then, is the best way to bring about change for the better?