Ta-Nehisi Coates: The Confederate flag "represents the lie" at the core of American history

Namely, that "half this country thought it was a good idea to raise an empire rooted in slavery" 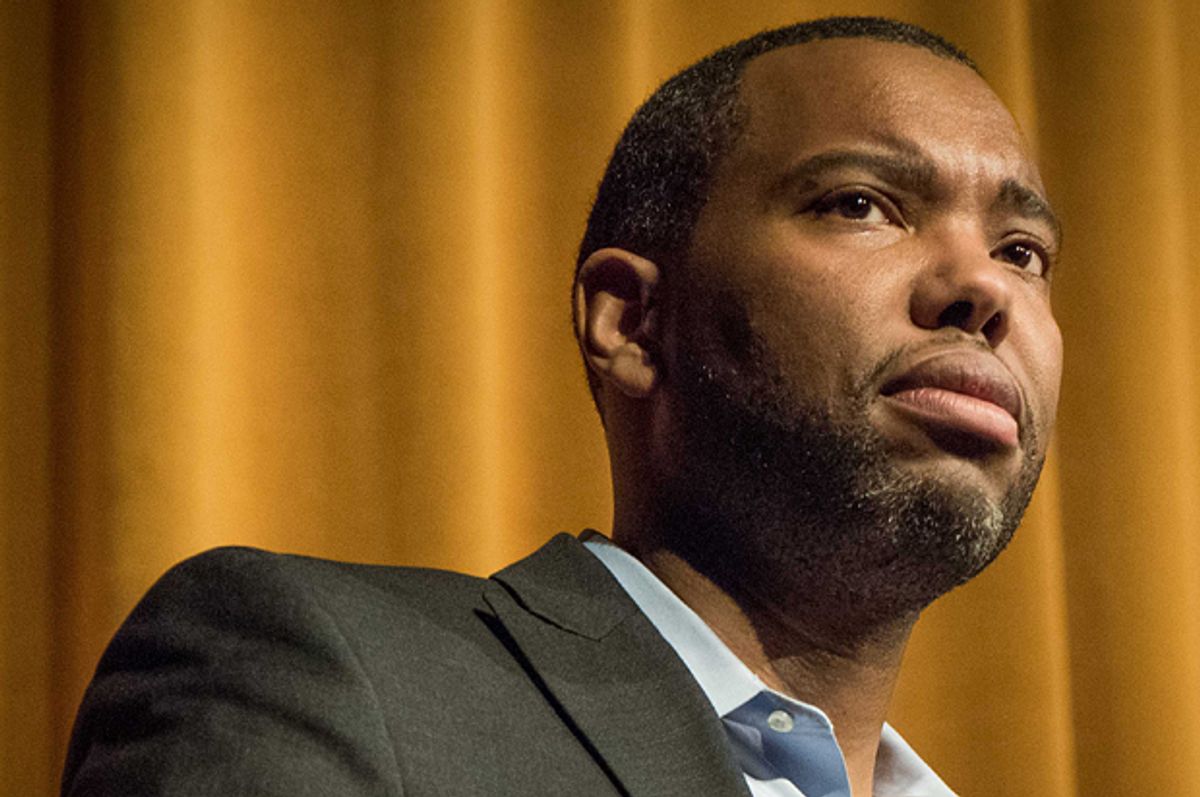 In an interview with Slate's Isaac Chotiner, Ta-Nehisi Coates discussed his new book, "Between the World and Me," as well as the reasons that he and his publishers decided to rush-release it, foremost among them the recent shootings in Charleston, South Carolina.

"I think that sometimes gets lost when we talk about black folks with legitimate feelings. It is human. People get angry, people hate other people. If I was turned off by anything it was the comfort that people took in that forgiveness."

He added that he feared that that forgiveness would be used by those on the right "as a club" in the future, when the grieving relatives of the victims were less forgiving.

Coates continued in this vein, noting that Dylann Roof isn't the only one culpable for his killing spree. "The Confederate flag represents an attempt to perpetrate a lie about American history, to bury the fact that half this country thought it was a good idea to raise an empire rooted in slavery," he said.

"That is a part of our history. When you bury that history other people take control of it and use the flag for their purposes, and to ennoble their own hatred. Putting off the discussion allows the narrative of white supremacy. We really empowered that dude."

As to the way many white Southerners are taught about race relations, Coates said that "first, you’re told that it happened a long time ago, and second, that it has no impact on what it does right now."

"That’s a lie," he added. "That’s poisonous. That myth about black people is deeply tied into the Lost Cause. Nikki Haley says Roof perverted the flag. No, he correctly understood what it stood for. It stood for the right to take people’s bodies. We have a responsibility for the perpetration of that lie."