The Economist: Ta-Nehisi Coates' "Between the World and Me" is "just good enough to get away with" justifying its existence

"He writes with the torrential outrage of a campaigning Victorian," the brave anonymous reviewer argues 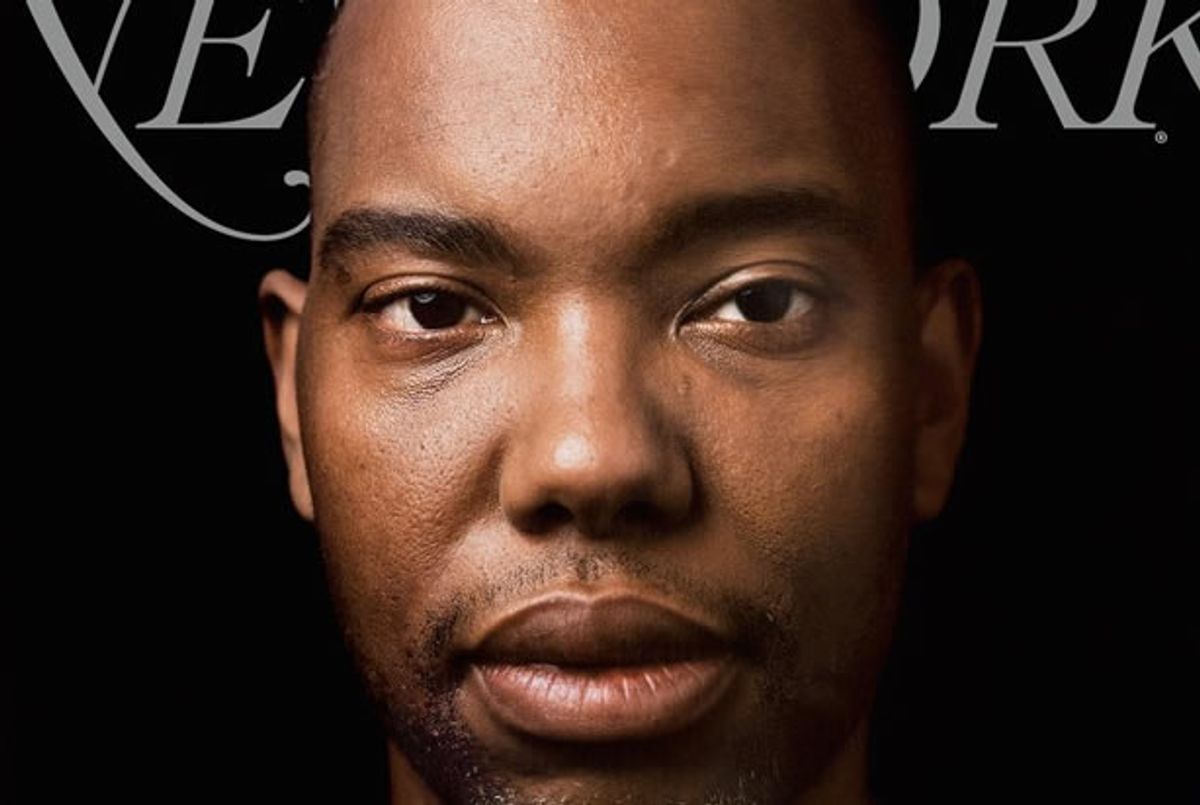 The reviews of Ta-Nehisi Coates' controversial new book, "Between the World and Me," were bound to be contentious -- the epigraph is an excerpt of the poem by Richard Wright from which the book draws its title, after all. But wrestling with the ideas contained in a book that's difficult for many people to read shouldn't result in patently unfair reviews from anonymous, intellectually dishonest critics like the individual who penned The Economist's.

Putting aside the issue of anonymity -- it's not as if The Economist covers race more judiciously on a typical day -- the core problem with its review is that it's nothing more than yet another performance of the publication's long-tired contrarian shtick. "The epistolary form is not the only archaic thing about Mr Coates’s book," the reviewer writes, apparently unaware that Coates is very deliberately referencing James Baldwin's "Letter to My Nephew" with this format.

"He writes with the torrential outrage of a campaigning Victorian," the reviewer continues, because associating a black man with the gendered image of teetotalers like Carrie Nation is a perfectly sensible, and not the least bit sexist, thing to do.

The reviewer -- I was about to write "he," for what I hope are sadly obvious reasons -- proceeds to denigrate the quality of Coates' prose, characterizing it "loquacious, repetitive, at times self-indulgent and just good enough to get away with it," and follows that judgment with a passage that demonstrates said judgment's worthlessness. Quoting a moving passage after claiming that the writer is barely capable of producing one is probably not the best idea.

But the reviewer had to pen a contrarian review, so quoting other passages was absolutely out of the question. It'd be difficult to argue against the power of Coates' prose if one quoted this, after all:

Americans believe in the reality of "race" as a defined, indubitable feature of the natural world. Racism -- the need to ascribe bone-deep features to people and then humiliate, reduce, and destroy them -- inevitably follows from this inalterable condition.

That wouldn't do at all. But the central offense the brave anonymous reviewer seems to have suffered from Coates' book stems from the fact that "Between the World and Me" contains many statements to the effect that well-intentioned white people are complicit in systemic racism -- that they still accrue the benefits bequeathed to white people by virtue of their whiteness.

So the reviewer just claims that the opposite is true -- contrarianism is a calling, not a birthright, after all -- writing that "by spreading blame so widely, Mr Coates eases the consciences of those who fastened the chains, tightened the noose, wielded the billy club and the people who told them to do it." The notion that a white person could read Coates' book and have their consciences eased by it is, to be frank, so absurd as to suggest that the reviewer hasn't even read the book. Granted, reading the book isn't actually a prerequisite for writing a contrarian review of it, but it's considered sporting in most intellectual circles to actually read the work one critiques.

It doesn't have to be this way, though. It is, in fact, possible to critique a work without dismissing its premise as unnecessarily inflammatory, as Shani O. Hilton ably demonstrated in her negative review of the book.

Hilton doesn't hide the fact that she considers Coates a friend -- she foregrounds it, but proceeds to criticize him anyway. "[T]o talk about race is to talk about a struggle between black men and white men," she writes. "The problem is that his book about black male life is one that many readers will use to define blackness." She's no doubt correct -- many readers, especially the white ones, will consider the act of reading Coates' book an authentic engagement with black culture, and his decision to frame it as a letter to his son will necessarily render that experience incomplete.

But it's impossible to read "Between the World and Me" and not believe that Coates would say his reluctance to detail the experience of black women in America is well-founded. His narrative is built on his specific responses to the events of his life -- it's built from the ground-up, so to speak -- so asking him to cater in what, to him, could only be abstractions about the black female experience is perhaps asking too much.

Hilton isn't wrong so much as greedy -- not in the pejorative sense, but in the way all of Coates' readers are, in that we want him to apply his talents to issues outside his ken. That he declines to do so strikes this reviewer as a matter of respect for those experiences he can't, by definition, understand as well as he does his own.

The Economist will, of course, publish an article declaring the opposite to be true shortly.