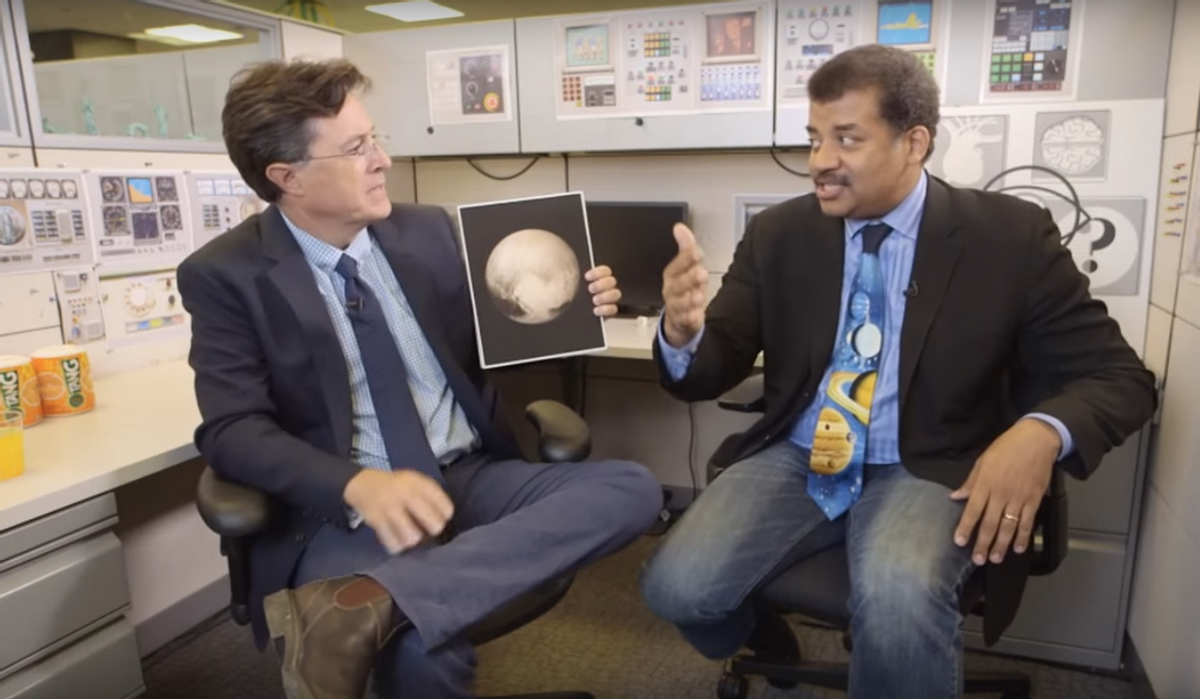 After a century of near-total mystery, earthlings finally got their first surface look at Pluto and "girlfriend" Charon on Tuesday morning -- the last of the known worlds to be explored. Stephen Colbert was absolutely beside himself after checking out some of NASA's HD images of the dwarf planet but was quickly brought down to earth (sorry) when Neil "blasé" Tyson took the "Late Show" host's guest seat. Tyson, it turns out, was largely disappointed by the size of Pluto. "It would be more awesome if it was a bigger place," he explained ("For NdGT, size matters!" Colbert joked). Later, the two buds had a good debate -- the classic Pluto debate -- about whether it should be classified as a planet or not. Colbert's defense of Pluto as a planet: It looks like one. It has an atmosphere. And it has a heart, unlike NdGT.

NdGT's overall excitement score about NASA's latest achievement on a scale of 1 to Awesome: "Awesome minus 10 percent."

Watch the clip courtesy of The Late Show With Stephen Colbert below: