Bill Maher takes "*sshole" Major Garrett down a peg: If you want to get a rise out of Obama, "why not just shout the N-word?" 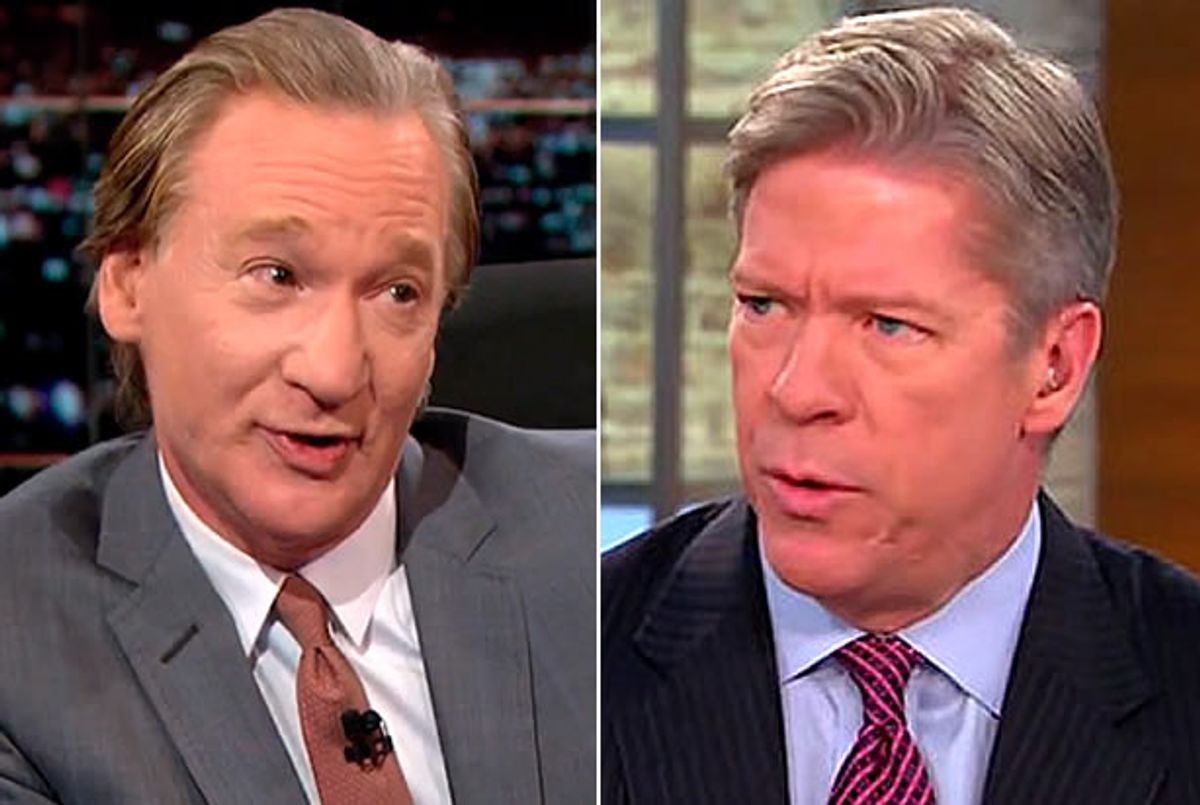 CBS News' Major Garrett has come under fire for his contentious questioning of President Barack Obama on Wednesday -- with the first volleys having been lobbed by the president himself.

"As you well know, there are four Americans in Iran, three held on trumped-up charges according to your administration and one, whereabouts unknown," Garrett asked the president. "Can you tell the country, sir, why you are content with all the fanfare around this deal to leave the conscience of this nation, the strength of this nation unaccounted for in relation to these four Americans?"

"I've got to give you credit, Major, for how you craft those questions," Obama replied. "The notion that I’m content as I celebrate with American citizens languishing in Iranian jails -- Major, that's nonsense, and you should know better."

"Nobody is content, and our diplomats and our teams are working diligently to try to get them out," he added. "Now, if the question is why we did not tie the negotiations to their release, think about the logic that that creates. Suddenly Iran realizes, ‘You know what? Maybe we can get additional concessions out of the Americans by holding these individuals."

He concluded by noting that the Iranian deal was entirely unconnected from the administration's efforts to secure the release of these prisoners. "If we had walked away from the nuclear deal, we’d still be pushing them just as hard to get these folks out," he said. "That’s why those issues are not connected."

Garrett later explained that he was merely "trying to strike a nerve" and "be provocative" with the president -- an explanation that "Real Time" host Bill Maher found so inadequate he took to Twitter well after midnight to dispute it:

Conservatives were, unsurprisingly, displeased with Maher's response. The disagreement was expected, but the rampant homophobia expressed in some of the replies is no doubt is telling: