Netanyahu does not speak for us: Jewish liberals should fight the Cheney wing, stand up for Iran deal

Some on American right and in Israel would rather see war with Iran. This would be disastrous and must be stopped 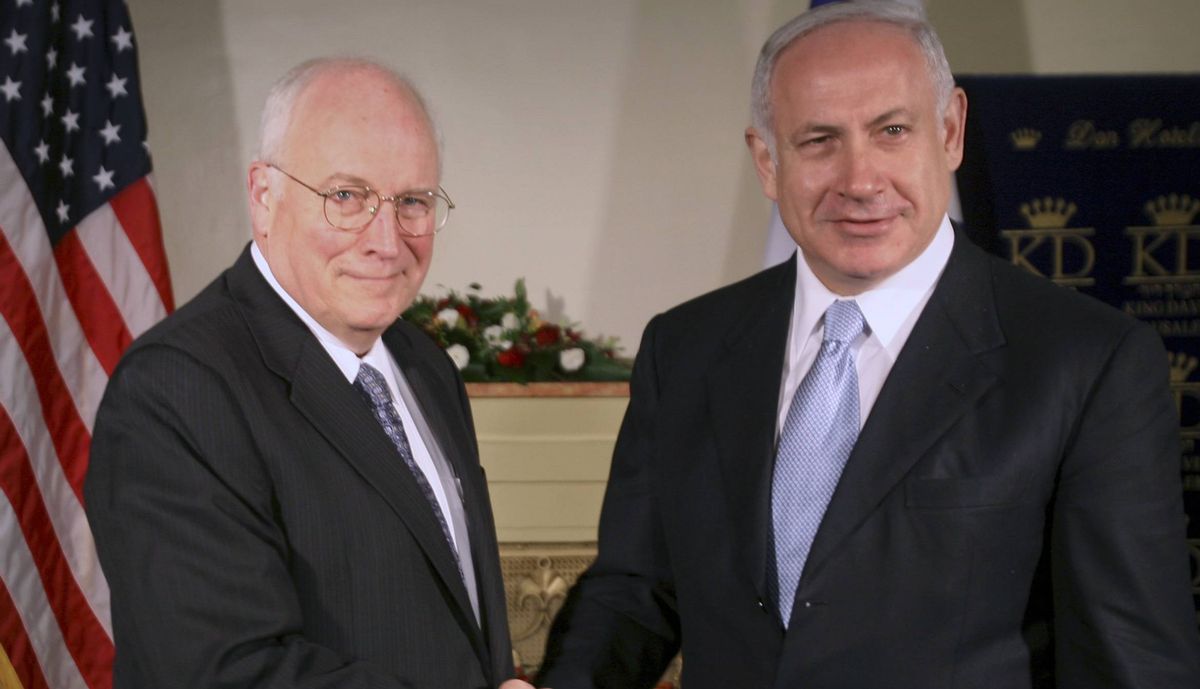 We in the liberal and progressive wing of the Jewish world must loudly and publicly congratulate the negotiators who achieved a deal that will prevent Iran from developing the capacity to build nuclear weapons in the coming years, an agreement that also promises an end to economic sanctions. We are glad that adequate inspections and safeguards are part of this deal—no one would have trusted it otherwise.

While Republicans rushed to denounce the deal, their response has been predictable and hollow, given their consistent policy of opposing anything that might give President Obama the appearance of having done something valuable. Their primary claim to credibility comes from identifying with Israeli Prime Minister Benjamin Netanyahu, who immediately decried the agreement as “a historical mistake.” The right wing of the Jewish world is already organizing to oppose the nuclear deal, with the aid of a handful of billionaires who will fund a steady and public barrage of opposition. That is why it is important for Jewish liberals and progressives to speak as Jews to counter the right-wing assault.

We at Tikkun hope to see the day when Iran’s oppressive and human-rights–violating government and mullah regime are nonviolently overthrown by democratic means and replaced with a government that no longer limits free speech, ends its oppression of women and Baha’i or other minority religions, and offers a path to peace and reconciliation with Israel. We also hope to see democracy, human rights and economic justice triumph throughout the world, not least in the U.S. and Israel. A deescalation of tensions with Iran could be a first step in demonstrating the viability of a nonviolent approach to political differences. But for this to come to fruition, it is incumbent upon Israel to help create an economically and politically viable Palestinian state, and on the US to stop responding to terrorists with terrorism of its own and instead replace its foreign policy of domination—through economics, cultural penetration, hard diplomacy, militarism, drones and torture—with a strategy of generosity. To aid this transition, the Network of Spiritual Progressives has proposed a Domestic and Global Marshall Plan (To read the plan, visit: www.tikkun.org/gmp).

But Israel is in no rush to give up its fantasy of dragging the U.S. into a war with Iran, particularly if Republicans gain the White House in 2016 and retain control of both Houses of the U.S. Congress.

We understand why Israeli Jews, still living with the trauma of the Holocaust and with an ultra-right-wing government that has consistently manipulated those fears to maintain its power and control over the Palestinian people of the West Bank and Gaza, are opposing this plan. It is hard for many Jews, still recovering from trauma, to believe that peace could actually be achieved by creating a demilitarized Palestinian state along the lines suggested in my book "Embracing Israel/Palestine." But creating a homeland for the Palestinian refugees living in misery in refugee camps around the Arab world would in fact enhance the security of Israeli Jews.

If Israel approached this task with a spirit of generosity and repentance for its partial role in creating the Palestinian catastrophe (nakba), and if the U.S. were to launch a Domestic and Global Marshall Plan in order to replace its current strategy of achieving “homeland security” through domination with a strategy of generosity toward the people of the world, starting with the Middle East, a path to peaceful reconciliation with Iran would open.

Iran’s anti-Semitic prime minister is long gone, and the majority of the Iranian people have historically been among the most welcoming toward Jews. The mullahs’ calls to end the Zionist state, unsupported by the majority of Iranians, are less a statement of foreign policy than an expression of anger and despair over the international community’s inability to push Israel to do right by the Palestinian people. These calls might disappear if Israel ceased its covert assaults on Iranian scientists and Iranian technological developments. And if the U.S. appeared less as a threat and more as a generous benefactor, peaceful forces in Iran would be dramatically empowered to overthrow the mullahs’ oppressive regime.

American Jews are faced with this sad fact: There are some in Israel and some in the right wing of the American political arena who would prefer to see war with Iran, a war that would be as disastrous for the Middle East and for the U.S. as the Iraq war that those same hawks led us into in the past. Many Americans would perceive this as “a Jewish war” or “a war fought for Israel.” This could lead to a global resurgence of anti-Semitism far greater than that produced by Israel’s oppressive treatment of the Palestinian people. But there are those in Israel who actually welcome that anti-Semitism, believing that this would relegitimate what right-wing Zionists believe to be the urgent necessity for all Jews to move to Israel, to be free of this long historical legacy of Jew-hatred.

Anti-Semitism is never legitimate, no matter how provocative Israel’s actions. Although Israel claims to speak for all Jews around the world, and although a significant section of the American Jewish community maintains blind loyalty to the Israeli government, the Israeli right wing does not and cannot represent all Jews. That’s why we at Tikkun, a voice of liberal and progressive Jews in the U.S., encourage our fellow American Jews to speak clearly and forcefully to the people of Israel, to urge them to stop their government from manipulating the American Congress and the American people or otherwise attempting to thwart this agreement with Iran.

We have great compassion for our fellow Jews who still live with the traumatizing impact of the Jewish past, but it is time to stop letting those fears push us into behaviors contrary to our long Jewish tradition of seeking peace and reconciliation rather than resolving conflicts through force, violence and war. The way to be real allies to Israel and the Jewish people is to help our most hopeful and generous selves predominate over the fearful nightmares of the past, so that we don’t unconsciously collude in re-creating the very things we most fear. An Israel already armed to the teeth with the strongest army in the Middle East and more than 200 nuclear weapons doesn’t need cheerleading for militarism, but strong support to become known as one of  the most generous and caring-for-the-other societies in the world.

It would be a great tragedy if U.S. Jews aligned themselves with Republican hawks to prevent ratification of this international agreement with Iran, thus setting up the conditions for an Israeli attack on Iran or other provocations that might lead Iran to respond militarily. The perception of the Jewish people as leading allies with the militarists in the U.S. would be a gift to the real anti-Semites and a reason why many more young Jews would flee an identification with Judaism and the Jewish community. For those of us who are proud of the loving and peace-oriented elements in the Jewish tradition, and for our non-Jewish allies who do not want to see the Jews once again demeaned and isolated, it is time to stand up and be heard. We must loudly and clearly defend this nuclear agreement and the values that lie behind it. Doing so is good for the Jews, good for the U.S., and good for strengthening the part in almost everyone on the planet that wants a world of peace, kindness and nonviolence.