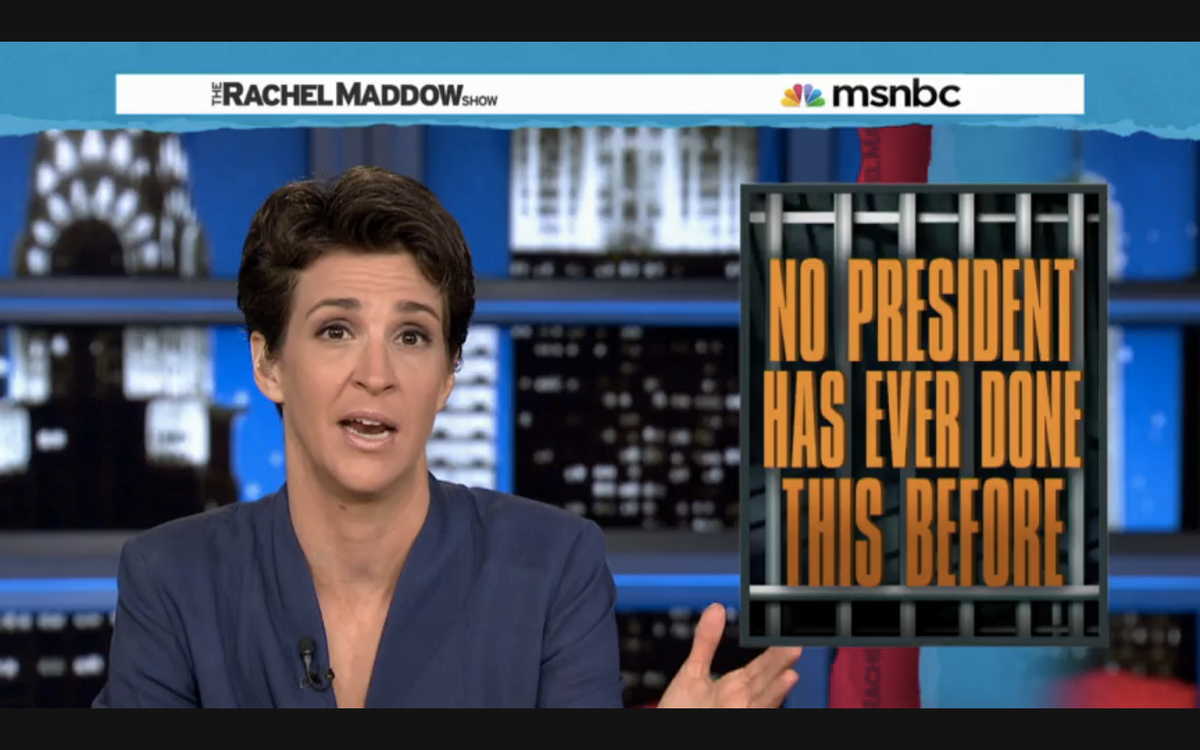 Rachel Maddow took a few moments during her show on Wednesday to explain why it really is a huge deal that President Obama commuted the sentences of 46 nonviolent drug offenders this week, ahead of a planned trip to a U.S. federal prison facility in Oklahoma on Thursday. Obama will become the first sitting U.S. president to visit an American prison, which is monumental on its own -- but, as Maddow pointed out this week, the president's attitude toward prison reform makes it even more historic.

"It is remarkable enough that a U.S. president is visiting a prison," she added. "But to hear a president talk about prisoners as fellow Americans, as fellow human beings -- that is something we are not used to hearing either."