"Act on climate!": Hillary Clinton gets heckled by protestors who want her to crack down on fossil fuels 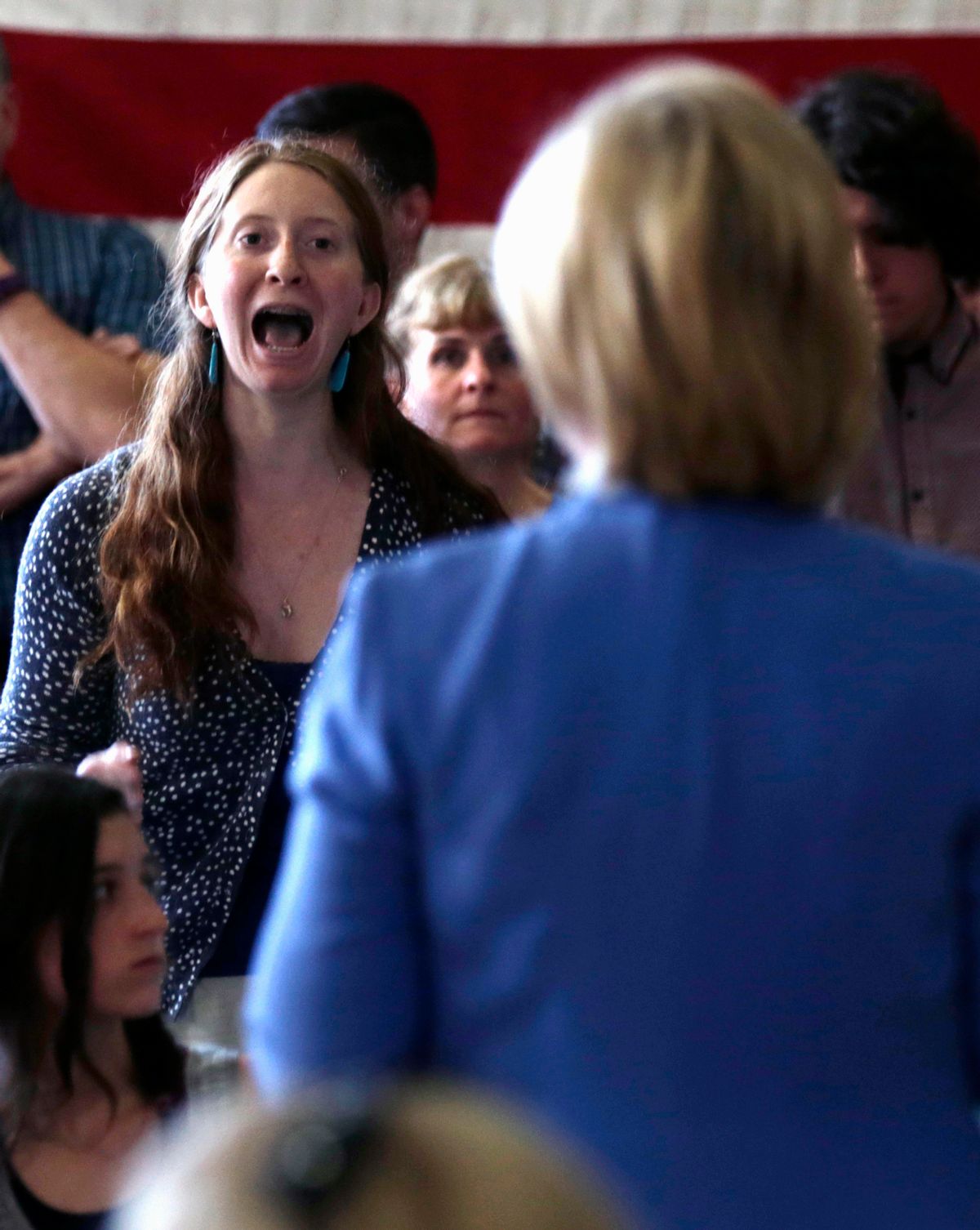 Calling climate change “the most consequential, urgent, sweeping collection of challenges we face as a nation and a world" may not be enough for Hillary Clinton to convince climate hawks she's ready to rise to challenge.

The Democratic presidential candidate temporarily lost control of the crowd at a New Hampshire town hall event Thursday after an audience member called her out for not giving a satisfactory answer to an earlier question about fossil fuel extraction.

"We have to change our energy policy," Clinton continued. "I have been clear about that; I will continue to be clear about that." But she went on to explain why she's not willing to give the answer the audience member wanted to hear, explaining, "we also have to do it in a way that doesn't disrupt our economy."

The question of how committed Clinton is to fighting climate change is a major one: President Obama set the stage for (mostly) strong executive action on the issue, and the platforms of fellow candidates Bernie Sanders and Martin O'Malley are to her left on most climate issues. In her formal campaign launch speech, Clinton did propose "using additional fees and royalties from fossil fuel extraction to protect the environment." But Sanders co-sponsored a bill this spring that would end tax breaks and other subsidies for the oil, gas and coal industries, while O'Malley's called for an end to all fossil fuels by 2050. If that's perhaps not as politically feasible as Clinton's proposals, it at least demonstrates what it looks like for a candidate to recognize the necessity of "substantial and sustained" reductions in emissions.

Clinton's town hall questioner also brought up the contributions made to her campaign by the fossil fuel industry, suggesting that may be the reason why the candidate is unwilling to commit to stronger climate action. Sanders and O'Malley both signed a pledge promising to "neither solicit nor accept campaign contributions from any oil, gas, or coal company;" Hillary has not. And all 40 of the registered lobbyists bundling contributions for her campaign, the Huffington Post reported, have in the past worked to advance the interests of the fossil fuel industry.

Clinton dismissed the implication that fossil fuel backing influenced her refusal to say she'd ban oil and gas extraction on public lands. But she lost the crowd as a group of protestors began loudly chanting, "Act on climate! Act on climate!"

You can watch it all play out below: