Wikipedia editors welcomed Rep. "Esteban Arnoldo 'Steba' Rey" into the world -- but he only lasted a few hours 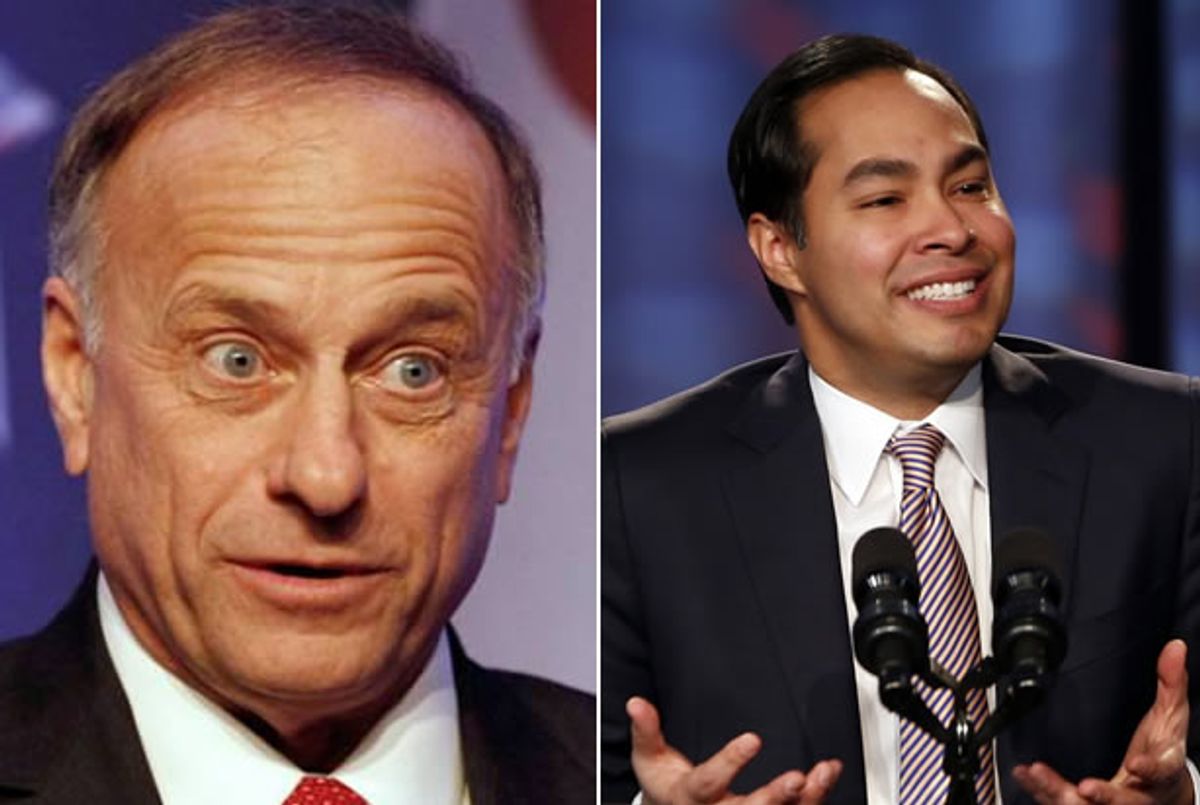 It's not entirely clear what anti-immigrat Iowa Representative Steve King meant when he tweeted that he's "as Hispanic and Latino" as Department of Housing and Urban Development Secretary Julian Castro, but the Internet being what it is, it was more than happy to oblige -- and what better way to do that than update his Wikipedia page?

In the bizarre tweet -- pictured below in case he comes to his senses and deletes the original -- King was clearly trying to make some kind of a point: It's just entirely clear what that point was. People were understandably confused -- his opponents because it flies in the face of every public statement he's made about Hispanic and Latino people, his supporters because if he really means it, he actually is the very thing that he and, by extension, they hate. A sampling:

As it turns out, Representative King was actually trying to claim that Secretary Castro was lying about his heritage, he merely did so in the most confusing way possible -- and without providing any evidence that the former San Antonio mayor and potential Hillary Clinton running-mate is lying about his ethnicity.

Then again, his decision to us Hispanics and Latinos as human props in his political theater is in keeping with his tendency to dehumanize immigrants by reducing them "calves the size of canteloupes or pawns in Obama's plans to remake America.